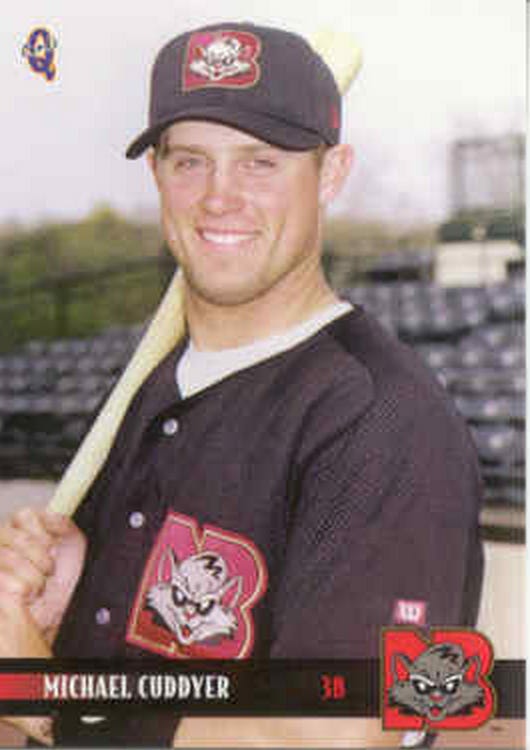 Steve Gelbs Facebook - Back in 2001, Cuddyer was playing in Double-A for the New Britain Rock Cats. In early September, he was the driving force behind New Britain’s playoff series win over Norwich. In Game 1, with his team trailing 2-1 in the bottom of the 9th, Cuddyer hit a 2-run, walk-off home run. In the clinching Game 4, he hit another home run in the 7th. Little did Cuddyer know just how meaningful and important those home runs would become. Brad Thomas, a pitcher for New Britain, had booked a flight in case the Rock Cats lost the series. It was American Airlines Flight 11, from Boston to LA, on the morning of September 11. Flight 11 was the first one to crash into the World Trade Center. Cuddyer vividly remembers a shaken Thomas entering the clubhouse on the morning of 9/11. Cuddyer had essentially saved his life.

Everyone has heard of a “I was supposed to be…” story from 9/11. People who were supposed to be in the Towers or on the planes. But this one might be the most dramatic I’ve ever heard. Old Man Cuddyer back when he was Young Man Cuddyer basically saving lives with a walk off home run. One of those cool moments were sports and actual real life things that matter intersect. Awesome stuff. You just wish that everyone on those planes would have rebooked for a one reason or another.

Hey Michael – just so you know, a few walk off home runs in the next 2 months will probably save my life too.