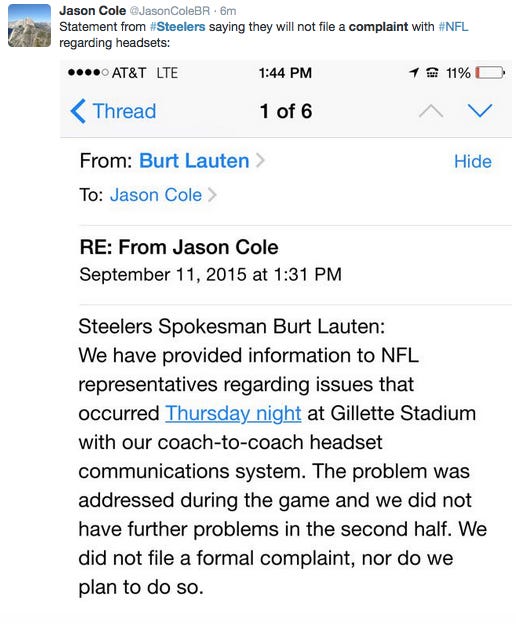 Not a bad plan by the Steelers here, that was a pretty good smoke screen. Play like dog shit, miss field goals, call moronic trick plays while you’re marching down the field with ease, have your wide open players catch balls in the end zone with a foot out of bounds, fall for “illegal” plays that you’d watched on film and should have expected, and forget to cover that new guy Rob Gronkowski… but blame everything on headsets. Boom, you’ve started a national outrage because everyone hates the Patriots and no one is talking about how you blew it. Don’t even file with the league because you know the Patriots didn’t cheat but you’re already rung the bell. You’ve already got the whole country talking about how the Patriots are at it “again.” Much better to have them discuss that rather than how you got dominated in every facet of the game and Brady was perfect. Just drop the bomb and walk away, you’ll be fine. It’s the same exact thing the Colts did and apparently the script every team will now follow after getting beat by the Pats: work the public into a frenzy then back away when the facts start showing themselves, the rest of the worl will follow suit and just yell “CHEATERS” without trying to understand what really happened.