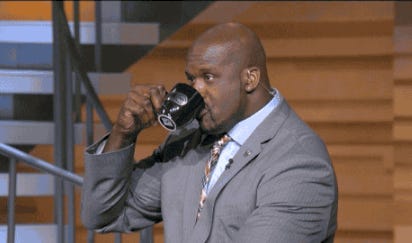 Uproxx - “So [Starbucks CEO] Howard [Schultz] comes and says, ‘Shaq, I wanna give you the opportunity to go in with me and open up these Starbucks franchises in African American communities.’ And I’m always the guy that if I don’t believe in it, can’t do it. Will never do it. No amount of money can make me endorse something that I’m not 100 percent behind. So I looked in the great Howard Schultz’s face and said, ‘Black people don’t drink coffee, sir. I don’t think it’s gonna work.’ You should have seen his face. He was like… alright. We’re still good friends today but that was one of my worst business decisions.”

Just a hot tip for all you kids out there jumping into the financial world- when someone who operates a million or billion dollar company offers you an opportunity, you should probably think about it before turning it down. Sure, they aren’t all going to work out. But Dr. Dre just sold Beats for 3 billion dollars. 50 Cent made about 100 million dollars from Vitamin Water. And Shaq turned down equity in Starbucks. Oops. Now I don’t personally know anyone who has turned down equity in billion dollar companies which would immediately multiply their net worth by 10, but I don’t know how they would sleep at night after that. Tossing and turning, dreaming of more best friends to buy and horses that don’t run in place.

PS: Black people do drink coffee. They might even get the fruity pumpkin spice lattes and the like. 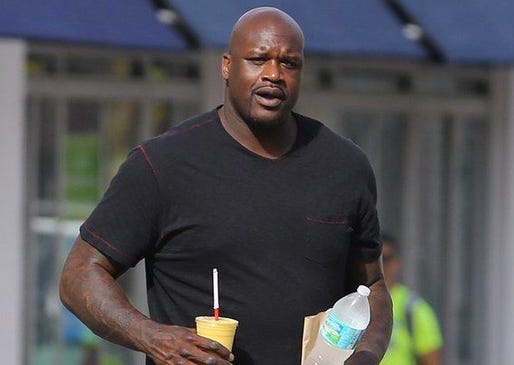