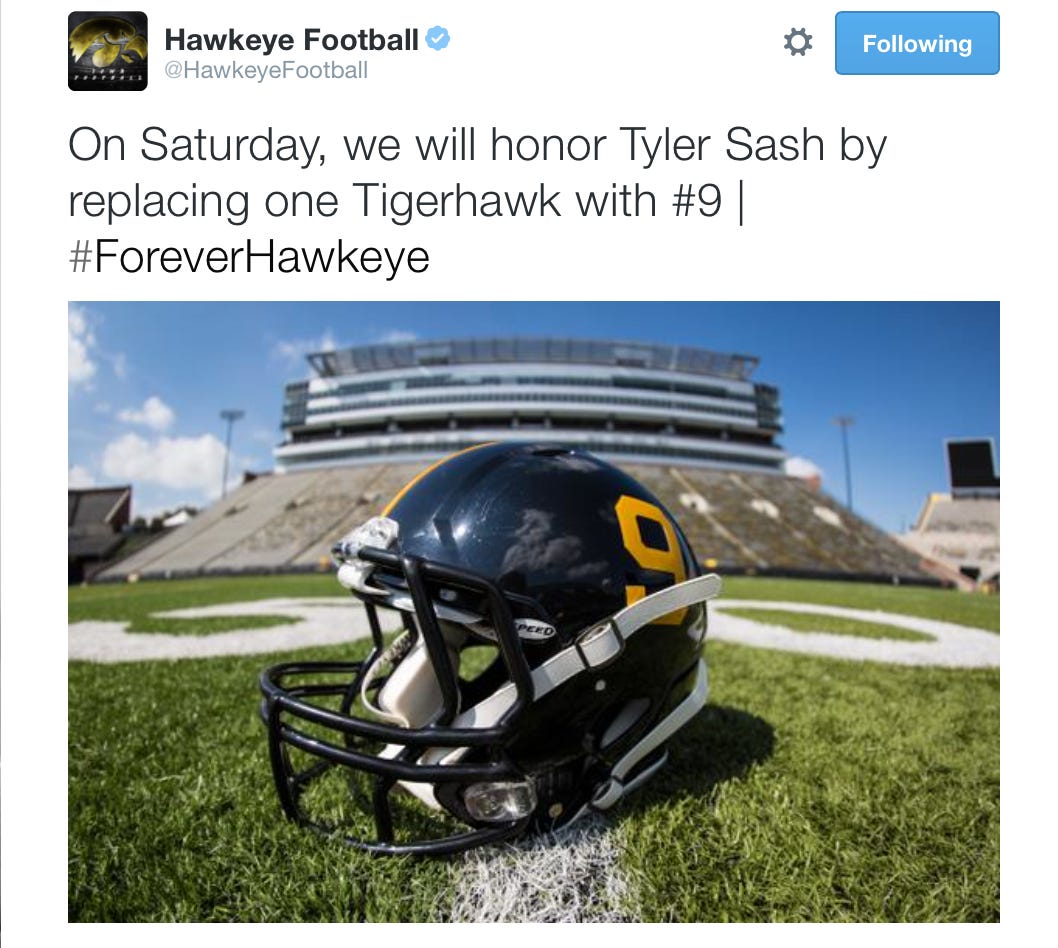 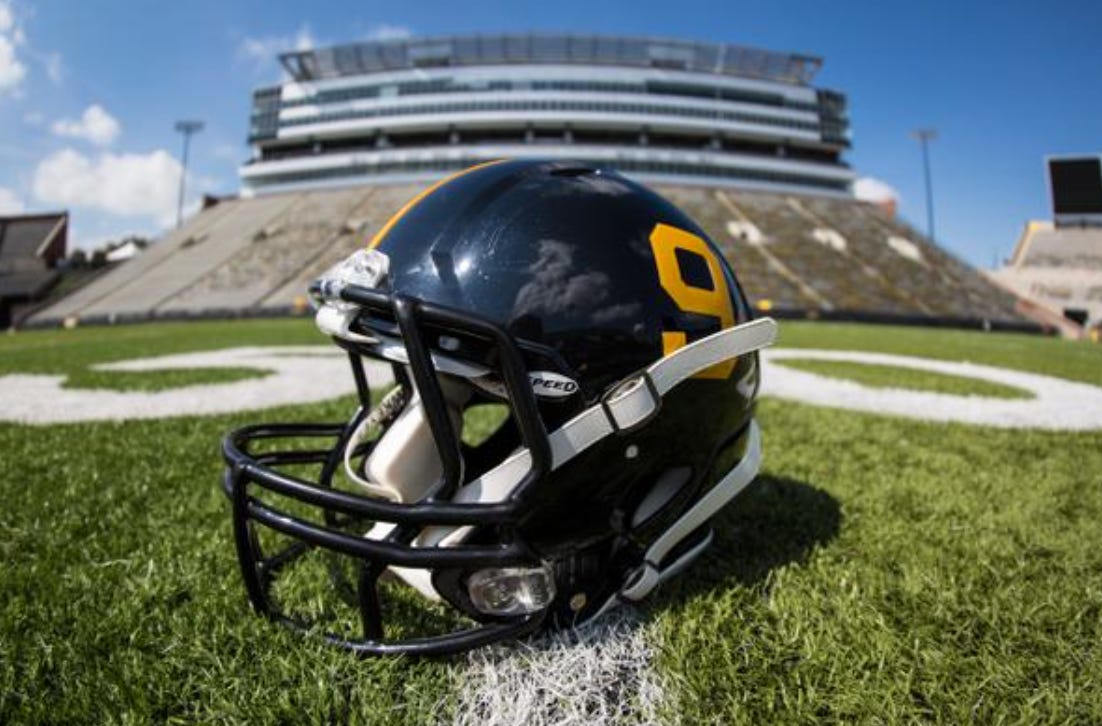 It was announced earlier that the Iowa football team was gonna pay tribute to Tyler Sash with some sort of decal on their helmets for this week’s game but we weren’t sure what it was gonna be.  Well now we do.  They just announced that they’re gonna replace one of the Tigerhawks with Sash’s #9 on all of the helmets for Saturday’s game against Iowa State. Awesome.  So awesome.  Such a great gesture by the Hawkeyes.  Simple but powerful.  A great way to honor a fallen Hawkeye.  Good on Kirk Ferentz and everybody at the University of Iowa for putting this together.