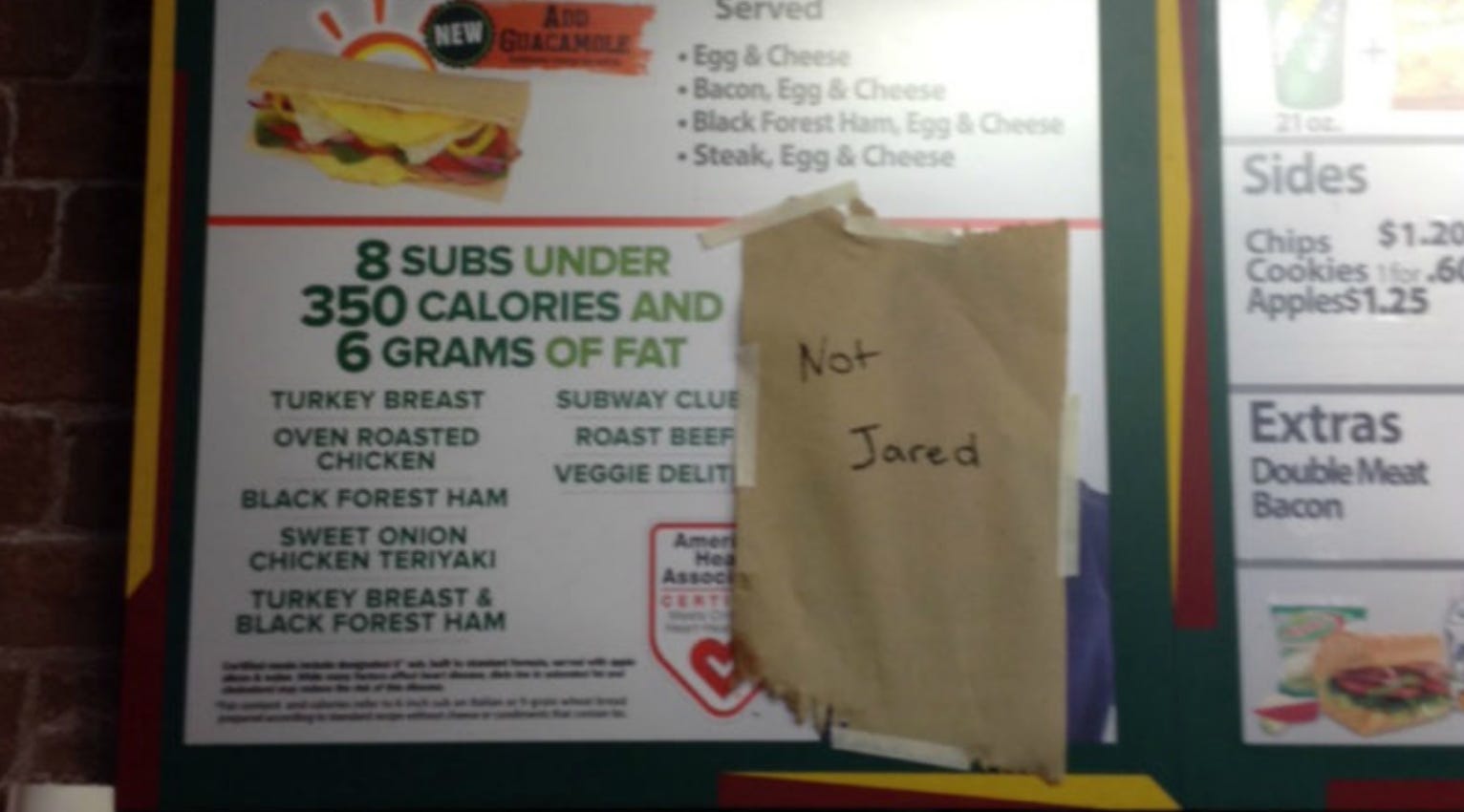 DT- Not only does Subway have real pickles on their sandwiches, they’ve also got a real pickle on their hands! Because its former spokesperson has been charged with child pornography and having sex with minors. While the sandwich chain has cut all ties with Jared Fogle, after years of being associated with the brand, his shapeless Kohl’s jeans and pasty face can still be found on tons of marketing material and signage at franchises across the globe. Sure, it’s easy to toss flyers that feature the creep’s image in the Dumpster where he belongs, but what to do about menu placards that aren’t so easily replaced? One sandwich artisan at a local Subway shop figured out a genius way to deal with the problem that corporate will surely be rolling out at other Subways ASAP.

Boom.  There you have it.  That’s how you do it.  PR 101.  If you cover up a former spokesperson who worked for your company with a brown paper bag that has “Not Jared” scribbled on it then it never happened.  It’s like Subway Jared never even existed.  Who?  What pedophile charges?  Sex with underage kids?  Kid porn stashed in his basement?  What?  Doesn’t ring a bell.  Never heard of the guy.  You must be thinking of a different company.  All I see on that menu is fresh, delicious and healthy sandwich choices for breakfast, lunch and dinner.  It’s been a long couple of months for Subway in terms of public relations but I think we can all agree that this counts as a big win for them.