Great stuff from the Hawkeyes right there.  In college sports it can be easy to forget all the big plays a particular player made over the course of his career because there’s so much turnover.  That video showed some of Tyler’s greatest moments.  He had a lot of them while playing for the black and gold.  He always seemed to come up big when it mattered.  Those three interceptions against Iowa State were so awesome.  There’s just certain players who come up big in rivalry games and three picks against ISU is the definition of that.  You can see in the interview how much a game like that means to a kid from Oskaloosa, Iowa.  It’s still pretty weird that Sash is gone but the outpouring for him on social media has been incredible.  Saturday is going to an emotional day for Hawkeye Nation.  That’s for sure.

It also sounds like there will be tributes paid to Tyler at this Saturday’s Iowa/Iowa State game.  The Hawkeyes will wear a helmet decal and Iowa State will have a moment of silence at Jack Trice before the game. Very classy gesture from the Cyclones during rivalry week. Props to them. 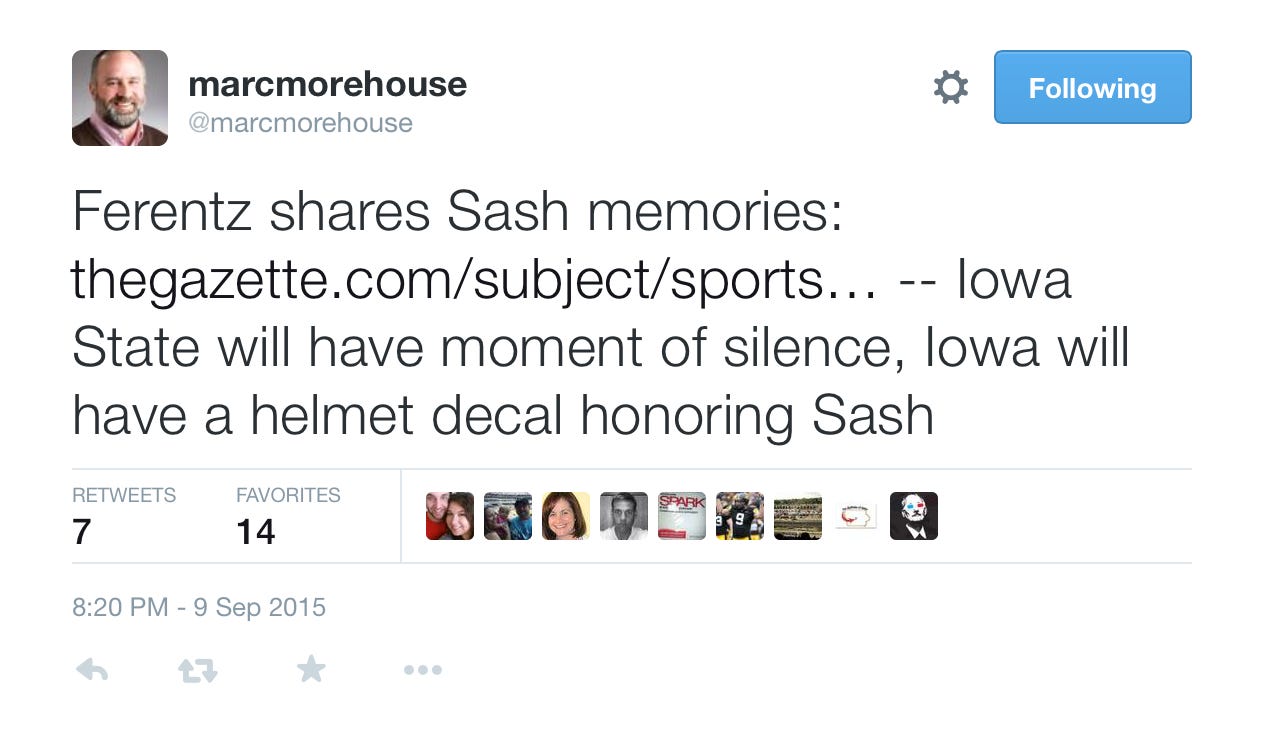