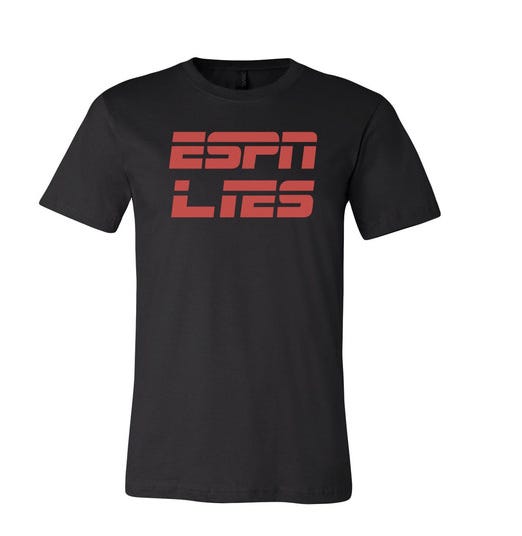 (ProFootballTalk) – After ESPN published (and trumpeted) on Tuesday a 10,000-word article that fully explored the rabbit hole of Spygate, Mike Reiss of ESPNBoston.com wrote a reaction piece with seven takeaways from the story. At some point, two of the seven takeaways were taken away by ESPN. In response to the ESPN report that Patriots employees entered the visiting team’s locker room and stole materials like play sheets, Reiss provided a blast of common sense that was missing from the story: “Security’s extremely tight throughout Gillette Stadium. Don’t think too many people, if any, are casually walking into the visitors’ locker room. And let’s just say they are, who leaves play sheets around?” Included in the original version of the article, it’s now gone. Also removed from the original version was this final observation from Reiss: “When you’re at the top, everyone likes to bring you down. A longtime sportscaster with a deep history in Boston relayed this thought to me that resonated: ‘They used to say same the stuff about Red Auerbach.’” Here’s what ESPN had to say about the changes: “[T]he story was given a tighter edit after its initial posting.”

I wish I could say this is surprising.  I wish I could say I’m shocked.  But unfortunately I’m not.  This is just par for the course for the NFL and ESPN. In fact this is the 2nd time in a week ESPN has emasculated poor Mike Reiss.  (Yes Mike has a standing job offer here if he wants to quit ESPN and work for an ethical organization) First they attributed an article to him saying that Brady apologized to the NFL which Reiss never said.  Now this.  Editing his articles because they poke holes in that ridiculous OTL report.  Yeah let’s edit the guy who has worked at Foxboro for years.  The guy who actually has first hand accounts of the inner workings of Gillette Stadium. Let’s give him a tighter edit, but let those two clowns who wrote the report filled with quotes from unnamed and mythical sources say whatever they want.  Who cares that the author already contradicted the very thesis of the his report when he said that Goodell destroyed the spygate tapes on his own accord, but is also on the record saying the owners saw the tapes and wanted them destroyed. .   Yeah that seems fair.  Edit the guy with actual detail and credibility to what he says.  It’s just more of ESPN being ESPN.   The Patriots smear campaign continues.  A place where lies and anonymous sources prevail over truth and reason.  Shame ESPN.  Shame.

PS – I still can’t believe Sal Pal is really doing a book signing at 12:30 at Patriot Place.  I hope this gets ugly.   Hey newsflash ESPN…we’re at war with you.   You think you can just slink one of your soldiers behind enemy lines and nobody will notice? Grow up.