Before we get too far you should know that this place is apparently real and has a population of approximately 3,100 people.  A letter for each citizen in it’s name. 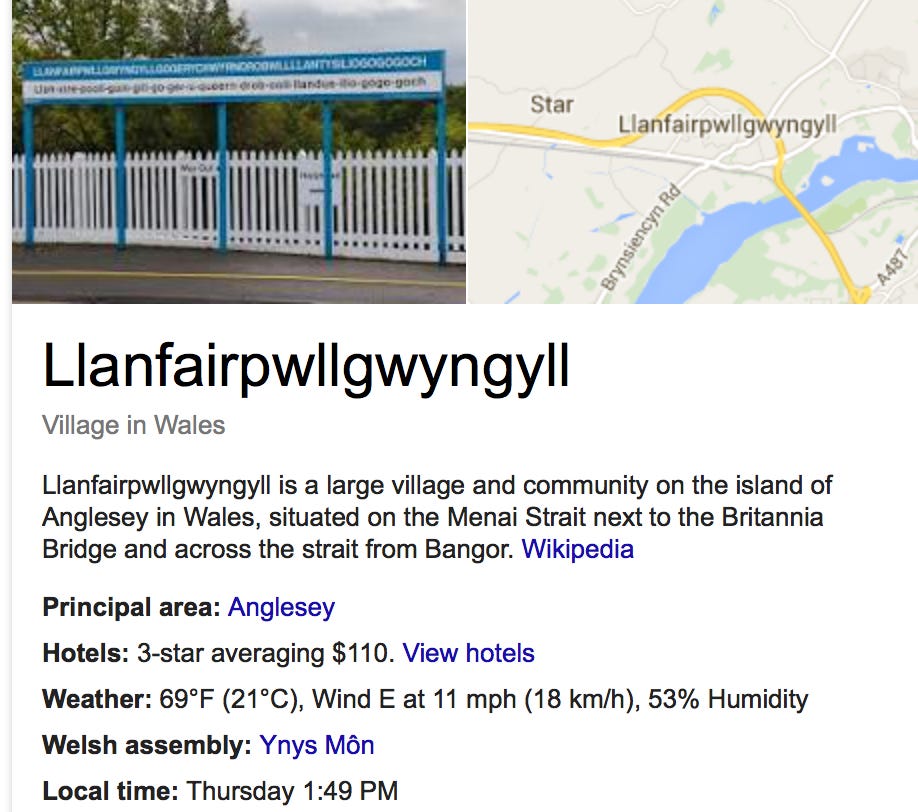 What the actual fuck is that name?  And don’t tell me the origin is rooted in some historic meaning and it’s translates to “The Great City” or some shit.  Not a chance. The only explanation for a name like that is somebody fell asleep on their keyboard.  They passed the fuck out, face first, onto their keyboard and that was that.  A drool-covered 58 letters.  And I don’t care if the name originated before computers were invented.  That’s how it happened and you can’t convince me otherwise..  Now forever that place has a 58-letter name and it’s a goddamn nightmare to pronounce.  All because a guy needed one more cup of coffee. I should say it’s a goddamn nightmare for everybody except for that weather man.  He crushed it.  How many hours was he practicing that?  Endless hours of practice I’m guessing.  I picture him yelling it over and over  a la Ron Burgundy saying, “The arsonist has oddly shaped feet” and “The human Torch was denied a bank loan”  Over and over and over again until it was lights, camera, action and he knocked it outta the park. Bravo.

PS- I don’t know if this is racist or not but when I first clicked on the video I for sure thought it was Tim Meadows.  In my defense I wasn’t wearing my glasses at the time.