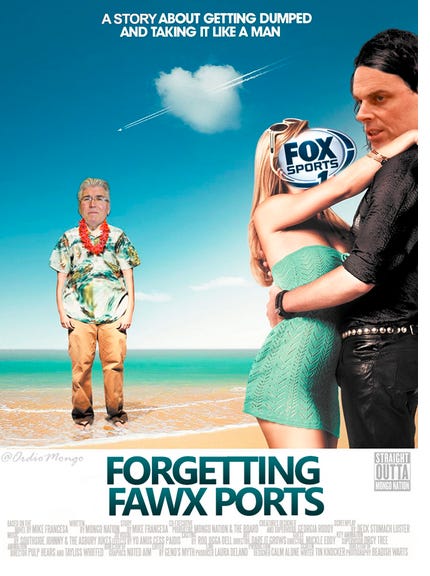 The Francesa/Fox Sports 1 relationship was a goddam nightmare from the jump. Mike was on TV like 40% of the time. And half of those times hes was relegated to FS2. It just didnt work. I understand from Fox’s point of view that airing UEFA soccer, as an actual sports network, took precedence over watching a radio host speak. But you gotta understand that the Francesa Mongos want Mike from 1-6 every day no questions asked. Like why even bother simulcasting Mike if you arent going to give his most diehard fans what they want? All in all, it just wasnt a good match.

And so now the only spot left is MSG. Its been the right fit for Francesa ever since things went south with the YES Network because Mike wanted to criticize the Yankees. MSG is the inevitable home for Numbah One. Just a matter of when, not if. Hopefully sooner or later. Because #WeWantZaun

PS – Wouldnt it be incredible if SNY snuck in there? Imagine Mike when he’s tweakin da Mets on their own network? Would be legendary. I cant imagine they’d afford him but it would be a real good grab for them if they did.