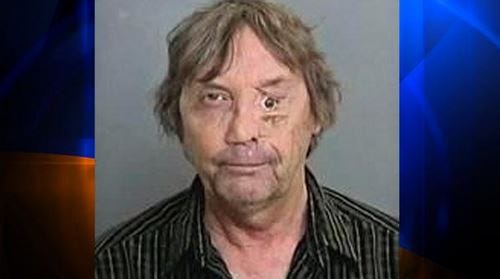 KLTA – A retired Anaheim drama teacher was arrested on suspicion of molesting two students and possessing child pornography, police said Wednesday. David Bruce, who taught drama at Sycamore Junior High School in Anaheim for nearly 30 years, was taken into custody after police served a search warrant at his home in an unincorporated area of Anaheim on Tuesday, the Anaheim Police Department stated in a news release. Bruce allegedly molested the two children, both of whom are adults now, when they were students at the junior high school.Bruce taught at the school from October 1981 until his retirement in 2010, according to the news release.

I have a serious question. Can you discriminate against somebody based on how fucked up their face is? Like if this guy took 1 step into my office I’d be like “bro have you seen your face? Get the fuck out of here with that fucked up face. I don’t want that thing within 100 miles of me” So yeah obviously he molested kids. Probably did way worse than that. I don’t care if you’re the most normal dude on the planet. You got a mug like that you do bad shit. Darwinism folks. Look it up.