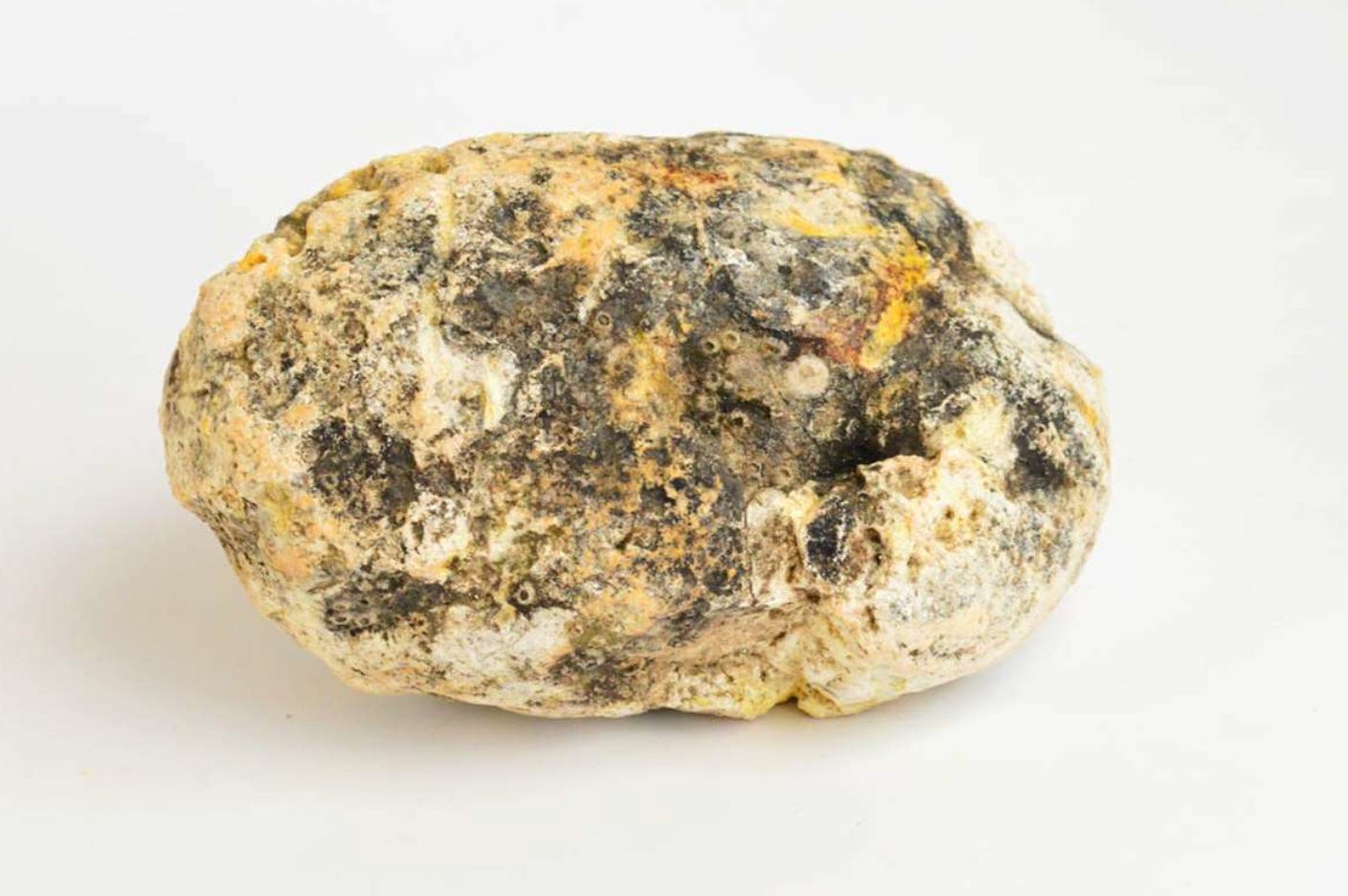 Earth Touch- A pile of intestinal slurry isn’t something you want to encounter on your morning stroll, but a man in the UK is about to become a whole lot richer because of it. While walking his dog in Anglesey, a small island off the coast of Wales, the lucky beachgoer happened upon a piece of prized ambergris. Ambergris is a waxy substance that forms in the digestive systems of sperm whales when a foreign object, often a squid beak, irritates their intestines. The ambergris coats the irritant, much like an oyster coats a grain of sand to form a smooth pearl. Eventually, the waxy ball needs to come out, so the whale will expel it (from one end or the other). “It’s a little bit like a cat coughing up a furball,” fragrance historian Roja Dove tells the BBC. And if you’re wondering why a fragrance historian is so clued up about whale vomit, you’ve hit on the crux of this story. Because of its musky odour and ability to fix scents to human skin, ambergris has long been used in the perfumery industry. While illegal in US markets, the gastric goo is still used in Europe and can fetch thousands of dollars per ounce at auction. “Nobody in the company had seen ambergris before so we were intrigued and excited when it came in,” says Oliver Hancock of Adam Partridge Auctioneers & Valuers, who will be selling the piece in their September lot. Weighing just over one kilogram (2.2 pounds), Hancock estimates it will sell for 5,000-7,000 British pounds (just shy of $11,000).

This dude stumbling upon a pile of whale vomit worth $11,000 is the perfect representation of the randomness that is life.  Either you’ll get super lucky and stumble upon a valuable piece of whale throw up or you won’t.  That’s life.  Either you’ll get that job or you won’t.  Either you’ll get that promotion or you won’t. Either you’ll sleep with that smoking hot girl at the bar or you won’t.  In each of those scenarios it’s mostly out of your control as to what the outcome will ultimately be.  Sure you can prepare yourself for the job interview or suck up to the people in charge of the promotion or exercise in hopes the smoking hot girl at the bar will notice your bulging pectoral muscles through your OBEY shirt.  However those things can only go so far as to helping your chances. I’d say it helps about 2%.  The rest is complete and utter randomness just like this guy randomly earning himself an $11,000 pay day thanks to whale throw up.  You’re either going to trip over a piece of whale puke while walking your dog on the beach or you’re not.  So don’t sweat it.  Embrace the chaos, embrace the randomness and, if things don’t go your way, it’s mostly not your fault. That’s the lesson we can take away from whale vomit. I can’t explain life to you any clearer than that.