And it begins. The season-long trek to the Cup. For some reason the new popular thing to say that Oshie isn’t very good or something. Everyone who watches hockey knows he isn’t the superstar that the Olympics made him out to be. Nobody is disputing that. It’s so weird when people shout and yell things that nobody is saying. It’s like, chill people, nobody is saying he’s a 50 goal scorer. But he is a big improvement over Troy Brouwer, who played on the number 1 power play unit but somehow never scored. Oshie is also much better 5-5:

CBSsports - In terms of the raw numbers, Oshie outproduced Brouwer this past season in fewer games and was a significantly more productive player at even strength, averaging 2.25 points per 60 minutes of 5-on-5 play, a mark that put him in the top 25 among all forwards who played at least 500 minutes. By comparison, Brouwer was 160th.

A top 6 forward who can produce at even strength makes the Caps that much scarier. Add in that he’s the American Hero playing in Washington DC and he’s the perfect addition to this team.

The Nats imploded, we are about to endure another long and dramatic Redskins season, but the Caps are kicking off their season in 1 month and 1 day. Could not be more ready for hockey season to start. This team was up 3-1 vs the Rangers and had the lead with a minute to play to go to the ECF. Oshie>Brouwer, Mr. Game 7 Justin Williams> Joel Ward. Looking to be another long year of hockey…hopefully this time it finally ends different for us. 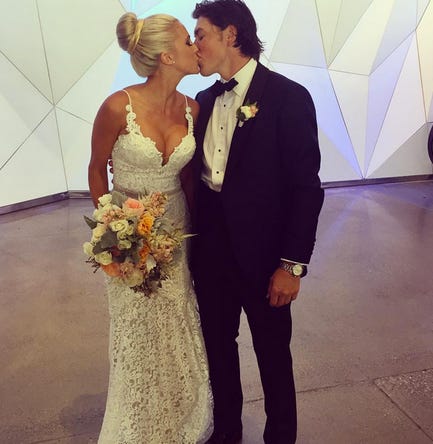