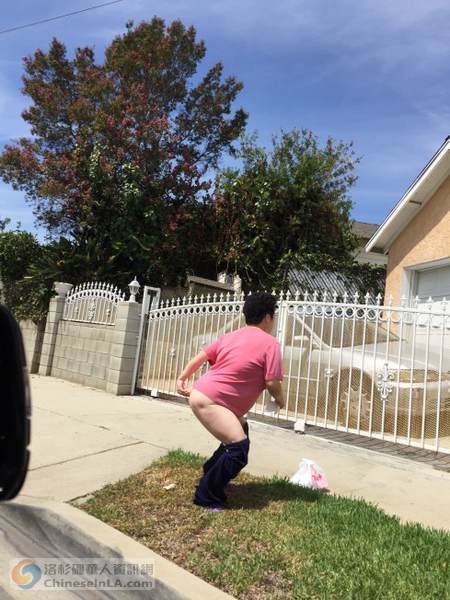 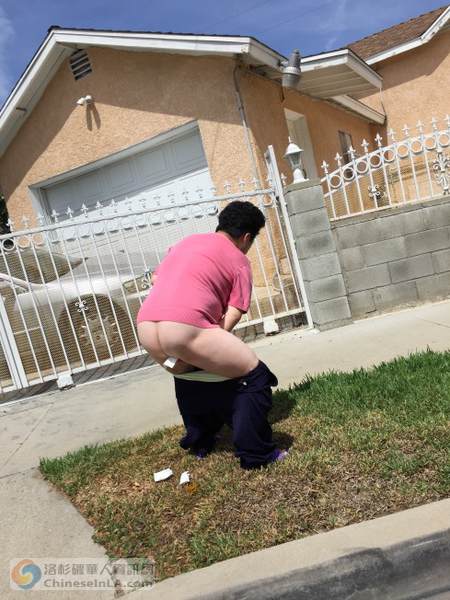 California – Public defecation is a straight-up fact of life in mainland China. It’s something you’ll see on roads, public places, subways, airplanes, and even elevators. It’s not common in the USA (yet), but it might be soon. Monterey Park, California, is a Taiwanese community that has seen a number of arrivals from Mainland China recently. They argue that the new immigrants are changing the face of the community. This was encapsulated last Tuesday, when a local resident Mrs Fang and her husband suddenly spotted a middle-aged Asian woman with her pants down, squatting and defecating on someone’s lawn without any regard for public decency. There’s no confirmation the woman is from Mainland China, but the community is speculating about her origin based on her behavior. Fang told her husband to turn the car around for a second look, and her suspicions were confirmed. The woman, wiping up, unblinkingly stared back at the disbelieving Fang, nonplussed and shameless about her behavior. As Fang took photographs, the woman continued with her business, only pausing to turn her head away from the camera. After wiping herself clean, she tossed the tissues on the ground, pulled up her pants, and then disappeared down the street.

Listen you wanna shit in the streets of China? Go ahead. You wanna poop on people’s lawns like dogs? Go right ahead, but do it on your lawn’s over in China. I’ll even let you shit on the floor in the aisle of an airplane because technically you’re in international airspace and who knows which country’s rules supersede the other’s at 30,000 feet.

But when you are on American soil…when you have your feet planted in the Good Old US of A, you do NOT shit in public. That is rule number fucking 1 here. Thats what separates us from the Third World. We poop in toilets and flush it away. We do not, I repeat we DO NOT, shit in the streets. So I dont care if you’re from China and thats your custom. Dont care if you move to a mostly Taiwanese community where you feel like you can apply the same rules and customs that you do back at home. America = shit in toilets. There is no bending of that rule. There is no mulligans on that one. Its a hard, steadfast rule that needs to be followed 100% of the time or you can get the fuck out of this country.

We also got the dad who was caught in bed naked with his daughter and ended up stabbing his son in law, the Texas woman with a loaded gun in her pussy, Trump says he feels like he was in the military because he went to a military academy for high school, and a Morse Code cheating scandal that will rock the very foundation of the international chess community. Plug in juice up.

Here is the link to the Survivor Pool I was talking about in the show. If you’re already a premium member, you have an email with the password. If you sign up now you’ll get an email later today with the password. (Check your spam folder or promotions tab of gmail) Must sign up before the first game tomorrow night.

As I said on the show, we need a final count for the tailgate by tomorrow. Purchase your tailgate tickets through the Barstool site here, then show up at Lot E20 for a wristband. Game tickets can be purchased here with a discount using the promo code “stoolienyj”