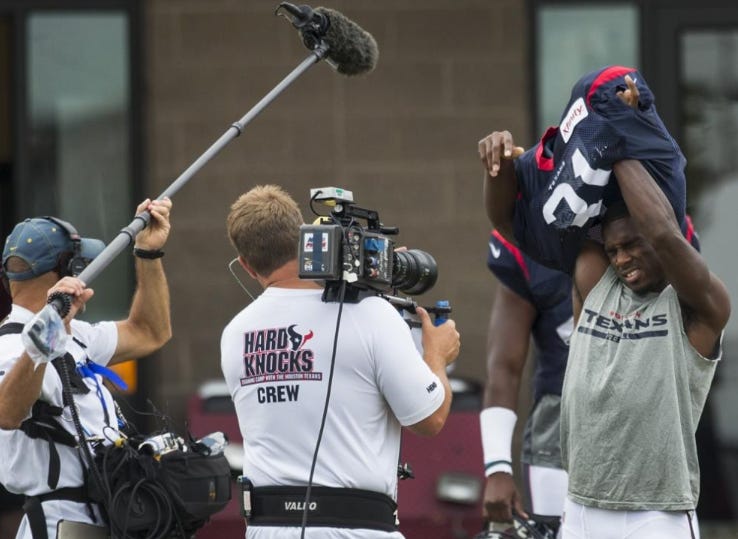 Last week of Hard Knocks and to be honest the last episode always kind of sucks. Camp is over, the stars know they’re safe and the fringe guys they’ve talked about all year finally get cut and we stop pretending to care about their “journey”. We’re left with a bunch of super awkward moments where Bill O’Brien tells some football player that his dreams are crushed and his life is over but don’t worry, if you keep working hard and take the things we taught you you’ll definitely get another chance somewhere else.

“Alright, keep your head up”

*Slowly walks out of the office*

(Never forget to never drink Starbucks, ever, unless you’re a chick)

But Bill O’Brien wasn’t far behind. New favorite coach in the NFL.

3. The lifting montage where everyone is “pushing themselves to the limit”.

Including Brian Hoyer with 20 pounders. At All Costs, Baby! 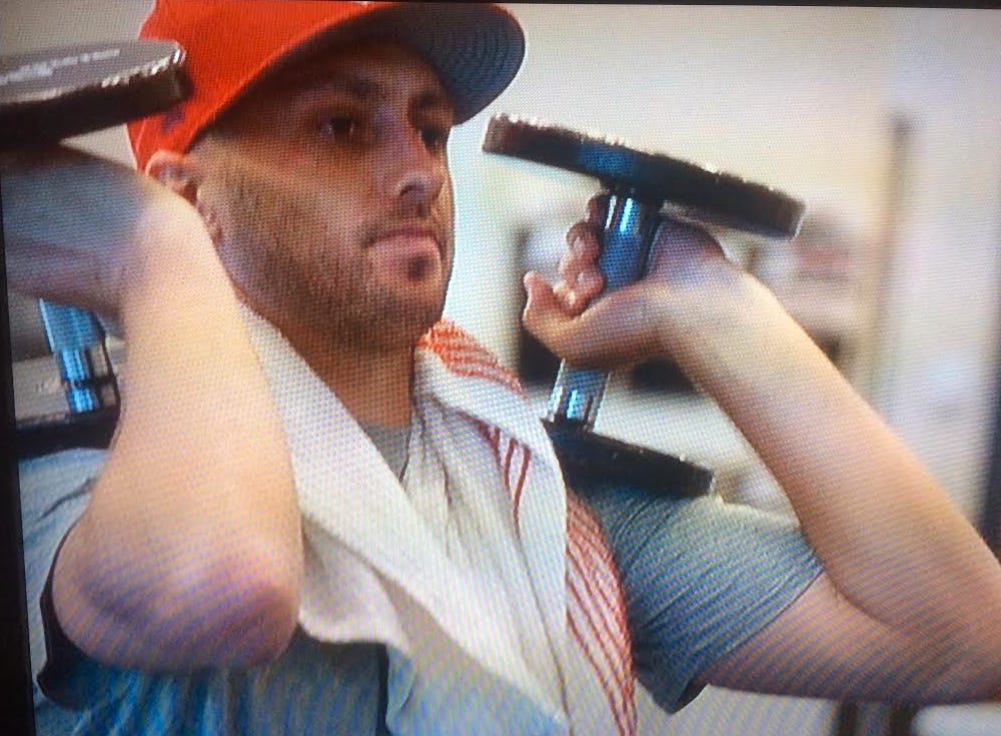 2. JJ Watt trying to make people laugh on his private plane and no one cracking a smile. Guys on their phone not paying attention, guys laughing when he turns his back. Loved every second of it.

Bonus Bonus, JJ Watt is so humble, he had to flex hard guys. 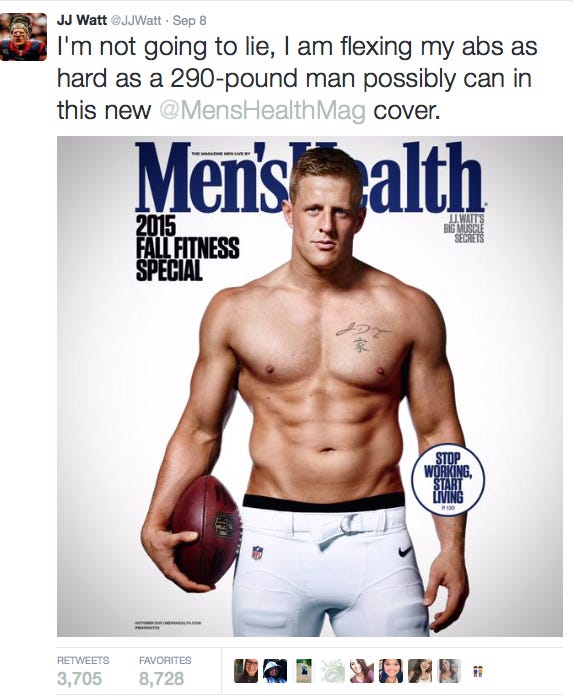 It had to be this, there was no alternative. Vince Wilfork will be my last memory from Hard Knocks. Everything he did was hilarious. 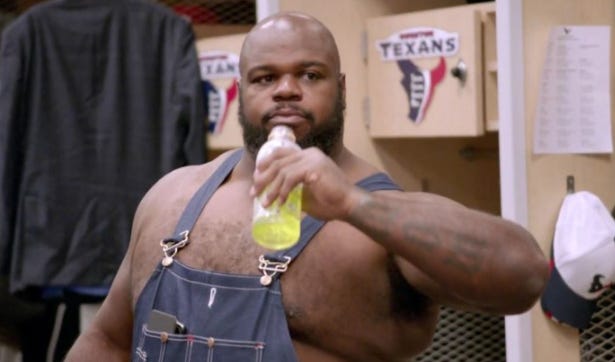 Overall I thought this season was a solid B+. MUCH better than the Falcons season last year. Big winners were Vince Wilfork, Cushing, Bill O’Brien, Charles James, Mike Vrabel, and Chris Polk and his mom’s “Bang, Bang, Chicken and Shrimp”. By the way, that may be the best T-Shirt of all time, so bad it’s good. 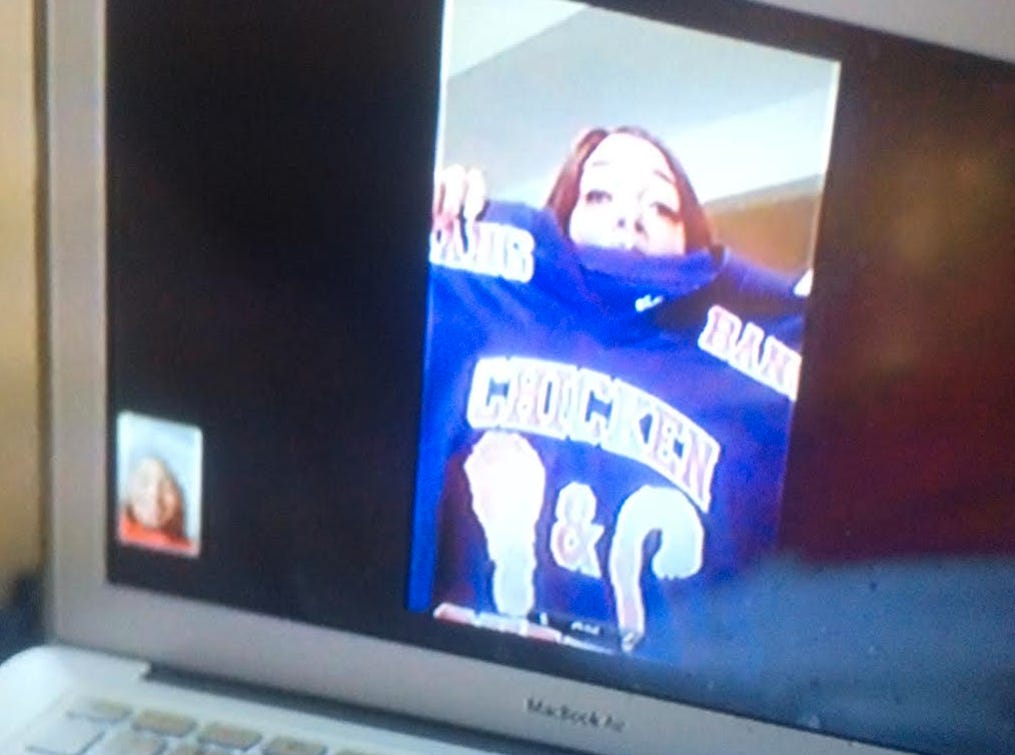