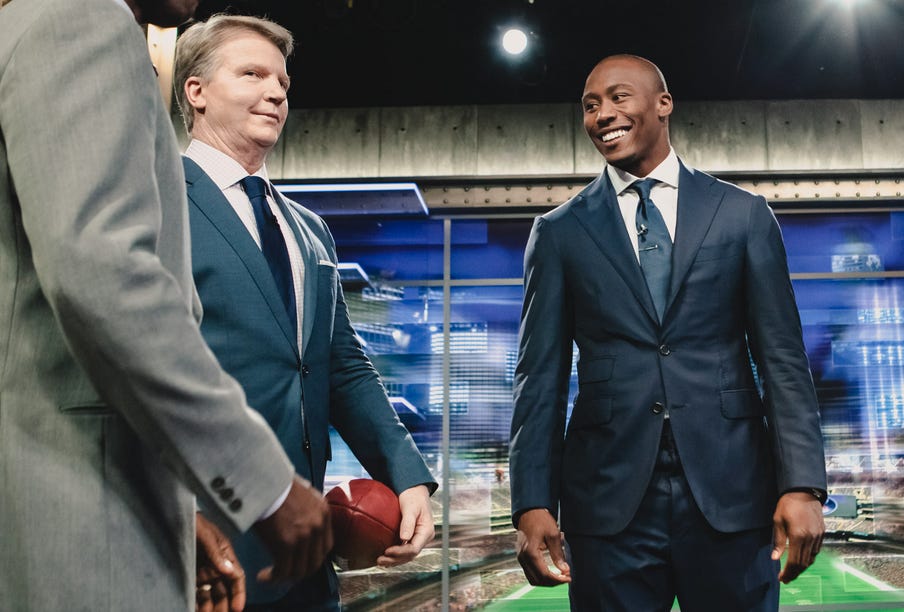 ESPN - New York Jets receiver Brandon Marshall said Tuesday that many players in the NFL believe race played a role in Patriots quarterback Tom Brady‘s four-game suspension being lifted. “The race card,” Marshall said. “There are a lot of players out there that believe that white players — specifically, at the quarterback position — are treated differently.” Marshall made his comments as part of a panel discussion on Showtime’s “Inside the NFL.” A 10-year veteran, Marshall is a regular on the weekly show. Deflategate, naturally, was a hot topic on the season’s first show. “I think that there are three different types of players’ views in this thing,” said Marshall, glancing at prepared notes. “No. 1 is the fighter. I think there are guys in the fight with Tom. When one player’s rights are upheld, then all players’ rights are upheld. It’s not about what he did, if he’s right or wrong. It’s more about the process. Is it fair? “The second is cowards — I call them cowards. That’s the guys that are afraid to face Tom Brady. They want him suspended; I don’t believe in that.” The third, Marshall said, was “the race card.” Marshall said he has spoken to players across the league, noting, “This is not just from our locker room, this is from locker rooms across the States.” Marshall, entering his 10th season, certainly has played across the States. The Jets are his fourth team. “This is how guys are feeling, this is not just my opinion,” he said. “These are conversations I’m having with guys.” Asked if he believes black players are held to a different standard, Marshall said, “Absolutely. At times, yes.”  Marshall added that he has talked to white players who share the same opinion.

You mean the good looking white man got preferential treatment?? Get outta town!

I know Patriots fans are gonna get riled up over this because they are annoying fucking maniacs who act like Deflategate was the Holocaust, and they’ll cite the Ray Rice and AP situations and say that those were black guys getting better treatment by Brady than Goodell and blah blah blah. But there’s obviously a hint of truth to what B Marsh is saying here. I think his point was more about suspensions and punishments in general than just specifically Tom Brady, and obviously theres some truth to it all. Racism exists. In every group, organization, league, company, whatever. So I think its naive to think that black and white players get treated the same way. They dont. Not in the NFL, not anywhere in the world really. And I believe him when he says that players all around the league agree with him,

But the issue here for Jets fans is that Brandon Marshall just shouldnt be saying it. This is the B Marsh Black Cloud Big Cat jerks off to every night I think. Every morning he checks the news to see if Brandon Marshall has started being a distraction for the Jets because he just wants so badly for another team to be the team dealing with his nonsense. And this morning he sees this news and strokes Little Danny Noodle to the Brandon Marshall Jets disfunction.

The inherent problem is that you cant be a commentator and a player at the same time. Just wait a few fucking years man. You have your entire life to be a commentator. Why do it while you are still playing? Those shows are designed to get hot takes and controversy. Inflammatory comments are what entertains the masses. Thats why youre there. So if your real job is to be focused on the field and your fake second job is to be saying controversy shit on TV, theres obviously a conflict of interest there. Just STFU, play football, and be on Inside The NFL for like 15 years after you retire.

PS – I dont even really care about this kinda shit anymore. B Marsh controversy, Sheldon Richardson suspension. Whatever. None of it matters if you dont have a quarterback anyway. All that stuff is a deck chair off the Titanic with Ryan Fitzpatrick under center.