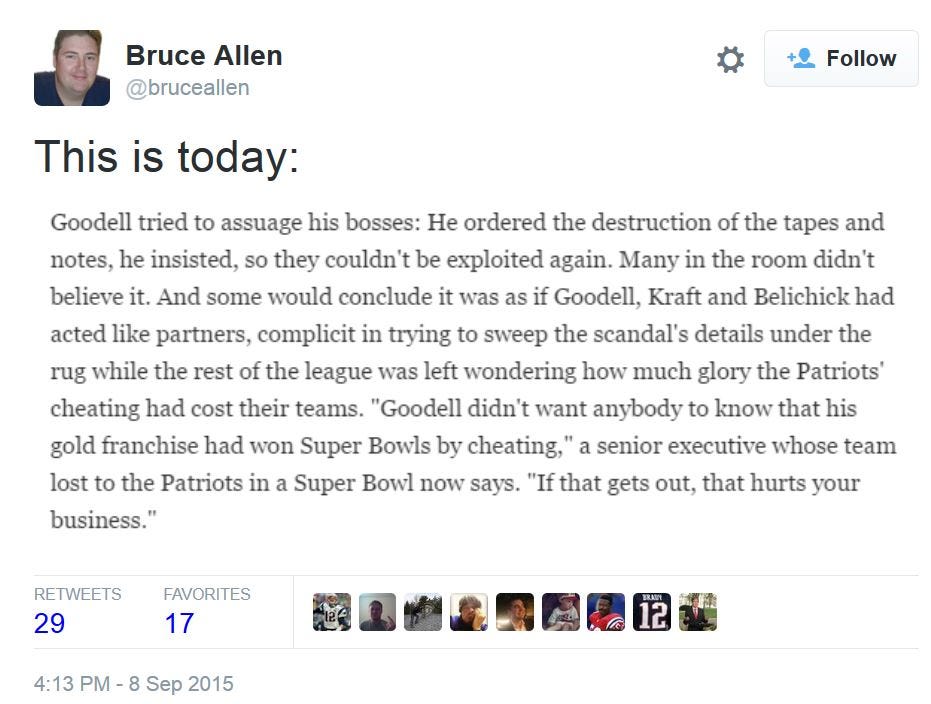 Real good catch here from Bruce Allen. Catching that clown who did the OTL investigation into Spygate directly contradicting himself on why Roger Goodell destroyed the Spygate tapes. Today he said it was because Roger Goodell was protecting the Patriots and his good friend Robert Kraft. He then connected the dots and insinuated owners were mad at him for destroying the tapes and letting the Pats off easy and Deflategate was a makeup call. A great theory, but in December he said it was the owner’s decision to destroy the tapes. So what was it Don? Which time were you lying? And if you’re going to lie about something so fundamental as this how can we trust anything else you reported? Oh that’s right we can’t. It’s just ESPN doing ESPN stuff.