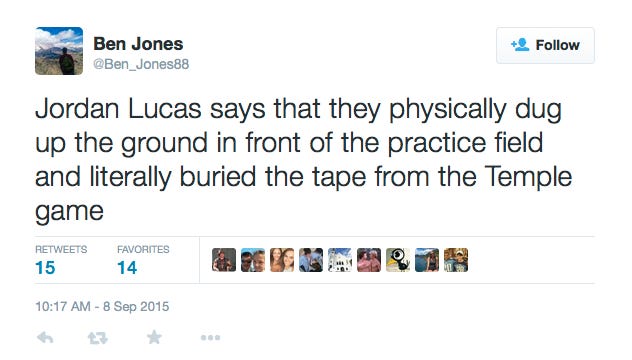 LOCK OF THE CENTURY. -20.5 against Buffalo at home? Come on, did you see the part where they buried a tape? Because that my friends is all I need. Fuck coaching, fuck talent or 5 star recruits, if you bury a tape or a football from a bad loss then you’re going to win the next game. That’s how this shit works. They may not be good in October or November but on September 12th they’ll be warriors. Penn State Tape Game, book it.

Also not for nothing but I’m hoping they at least watched the replay of this 2 man rush resulting in a sack. Might want to fix that before you bury the tape, just a thought.