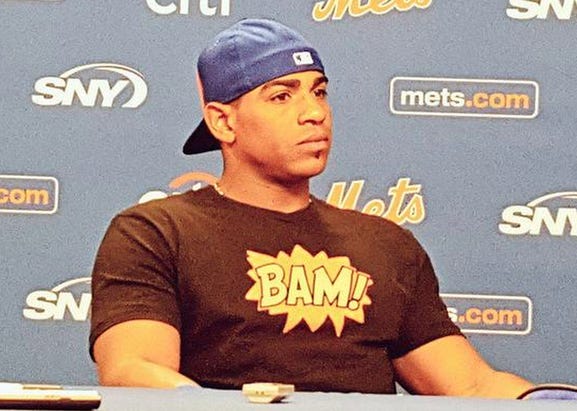 I know Yoenis Cespedes isnt going to win Most Valuable Player. Nor do I think based on the criteria that the MVP is awarded should he take it home.

But what the guy is doing is incredible. And if you wanna get into a semantics argument about value and importance and significance, there’s a case to be made that no player in the National League is more important than Yoenis Cespedes. The real word to use here is “impact.” The impact he is having on the Mets and on the National League is fucking wild. The man is a machine. He’s hit 5 Apple Jacks in his last 6 games. His defense is all world. He’s impervious to all the New York nonsense and drama. All he does is rip cigs, bash the baseball, hose people down and win ballgames. And he’s quiet too. All I ever heard about is how the Boston clubhouse hated him and there’s a reason he’s been traded so often and theres a reason he’s been on so many teams and blah blah blah. I dont understand ANY of it. The guy is a BALLPLAYER. He’s the perfect combination of old school, hard nosed, dont-give-a-fuck grit mixed with the suave athleticism only few possess. Hes a 6 tool player because I consider his ability to smoke a pack of cigarettes in the middle of the game a tool. As a fan watching him is an absolute pleasure and I would have to imagine playing along side him is a thousand times better. He’s the best mid season acquisition since Mike Piazza and depending on how September and hopefully October go, he might even end up passing Mikey P.

If there was ever a guy who has flat out  proven to the Wilpons he’s worth the money, its Cespedes. They guy keeps getting more expensive by the day but hes earning every dollar. He’s worth every penny. Back up the Brinks truck this offseason for Cespedes. It literally doesnt get much better than him. 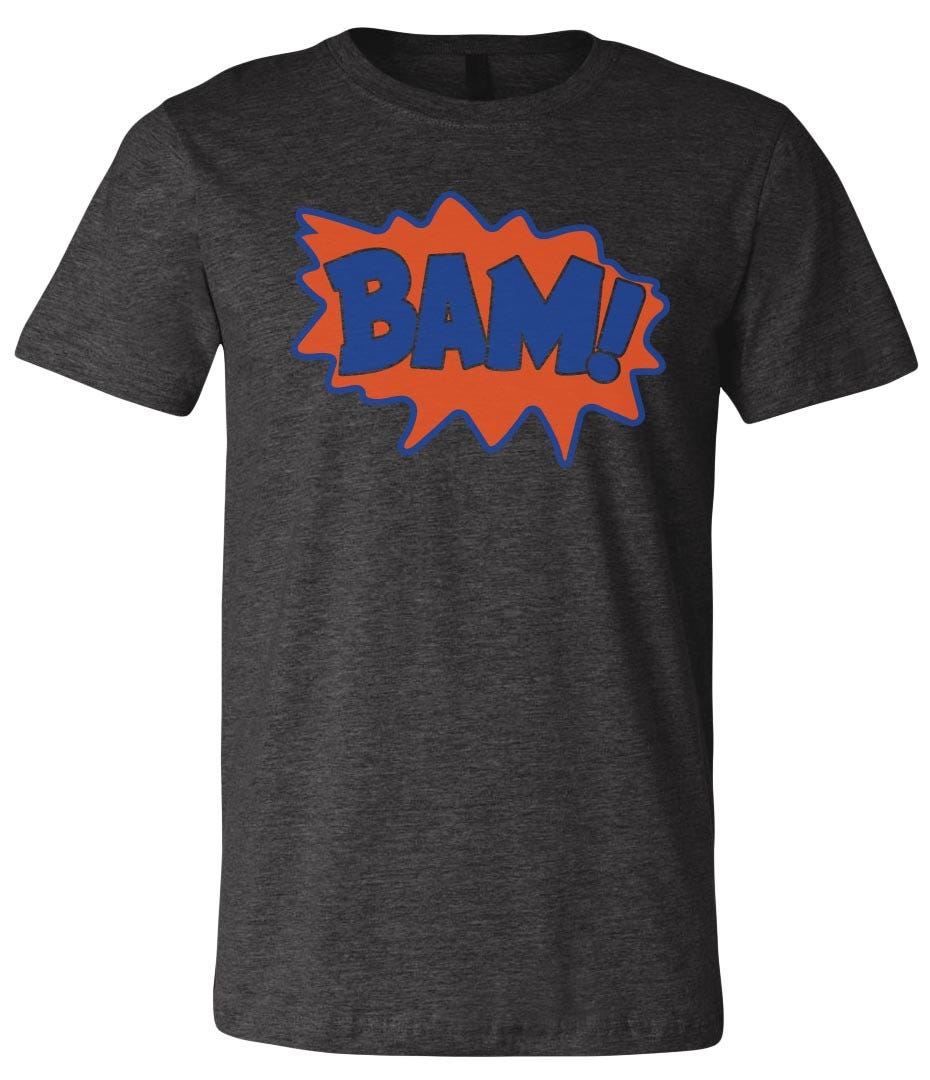 Yea, I know he’s probably only a rental. I know the Wilpons probably won’t pay for him. It sucks that you’ll only get to wear this shirt to one parade. But goddamit for Cespedes its worth it.