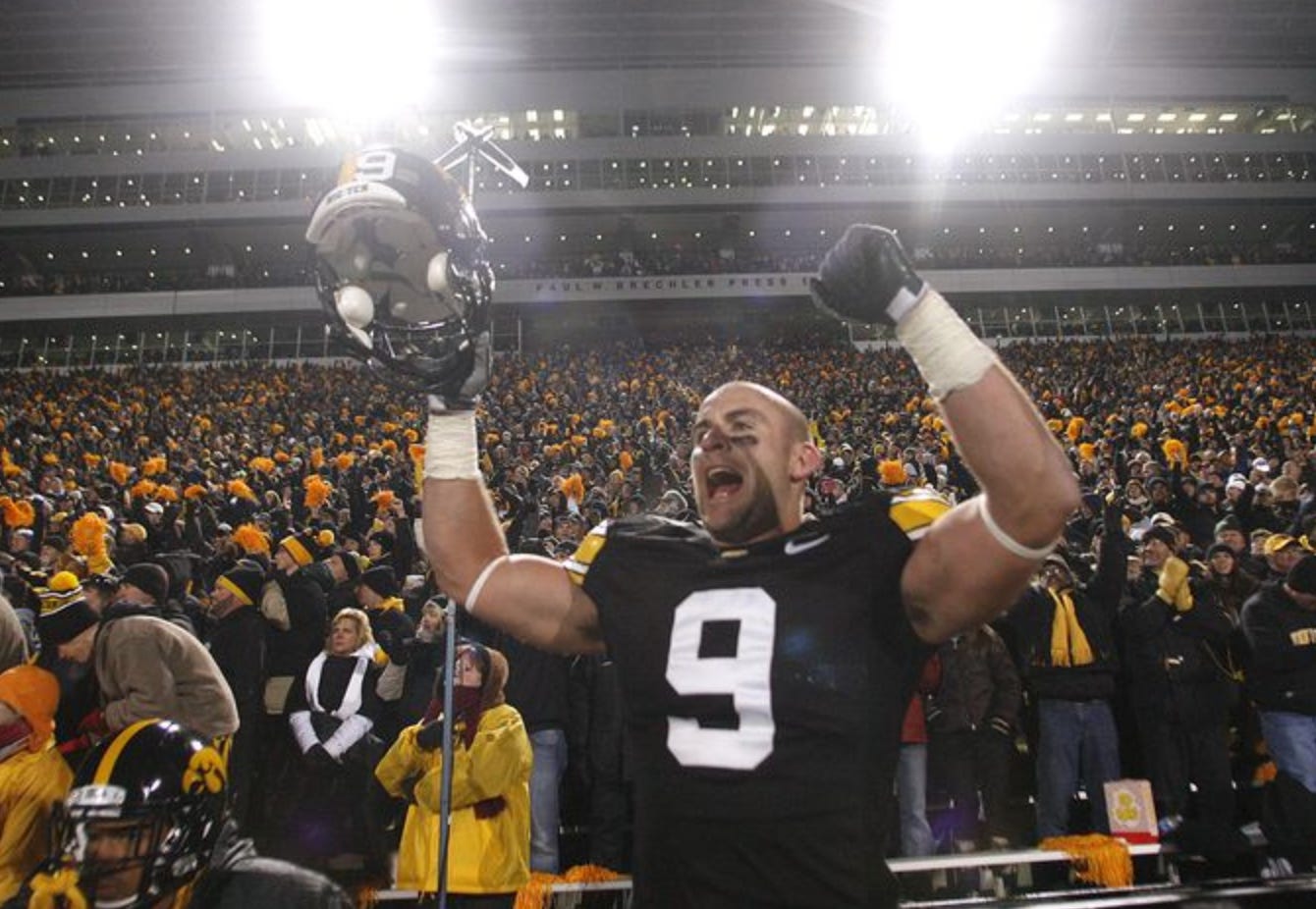 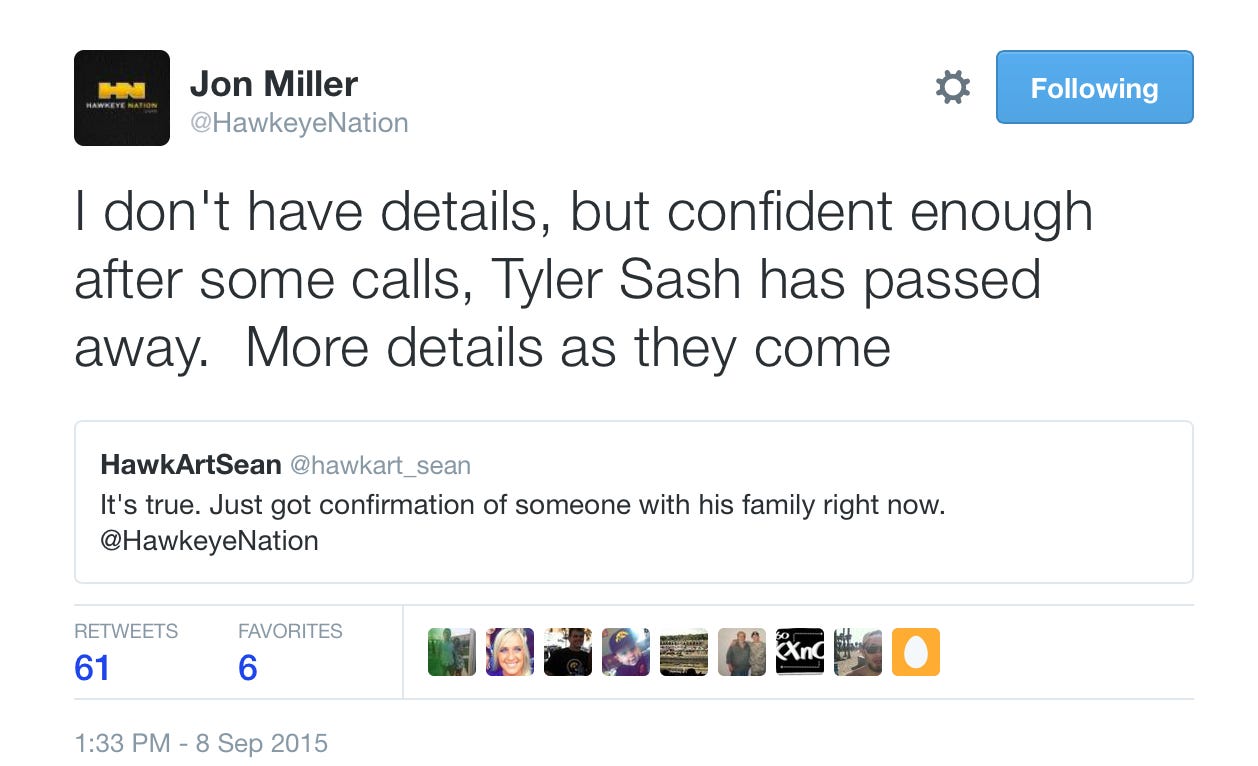 AWFUL news coming out of Hawkeye Nation today.  I’m pretty speechless to tell you the truth.  According to reports former Iowa Hawkeye safety Tyler Sash has passed away.  He was 27 years old.  Details are scarce at the moment.  I haven’t seen a cause of death yet.  Sash was a big part of that 2009 Hawkeye team that won their first 9 games and then went to the Orange Bowl and beat Georgia Tech.  He was an interception machine that season with 6 of them total (3 of them against Iowa State).  He was such a damn pest on the field and people around here loved him for it.  He then went on to the NFL, got drafted by the Giants in the 6th round and was part of their 2011 Super Bowl squad.  Terrible stuff.  Gone wayyyyyyyy wayyyyyyyyy too soon.

This is my favorite Tyler Sash moment.  I was at that game and it was incredible. Kinnick felt like it was gonna collapse.  RIP