Great weekend for the Terps. First they won their first game of the season 50-21 over Richmond. Will Likely set the Big 10 record for punt return yards in one game, collecting 233 on 8 punts. Yes, that’s good for over a 29 yard average per return. You would have thought that after the 4th or 5th punt return Richmond would stop kicking to him…but nope. 8 returns for Likely, including a long of 67. The QB play was shaky, as I expect it will be all season. The lack of WR talent isn’t going to help the QB play. At least we have Dwayne Haskins coming in next season, who is already chirping Penn State:

The way I see it, Maryland football is a salad right now, and basketball is a delicious steak. This entire football season is going to be a salad and then the preseason #1 filet mignon basketball team will come out of the kitchen. But give football a couple of years. The recruiting classes are stronger than ever. We’ll be eating steak for every meal in the next couple of years.

And speaking of steaks, Maryland basketball locked up another ESPN top 50 recruit yesterday in Kevin Huerter, a guard from New York. He’s their 2nd top 50 recruit to commit for 2016, and they still are recruiting several 5 star players.

And then last night the cherry on top was SVP kicking off his new show paying homage to the Terps and DC. Front and center, America’s eyes on the flag, the Terps, and the nation’s capital. And if you get a chance to see the show, it’s SportsCenter mixed with his radio show. Highlights but smart commentary. No doubt it’s going to be a hit. 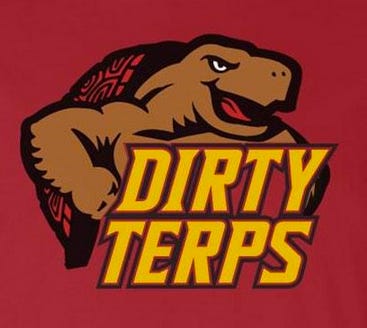