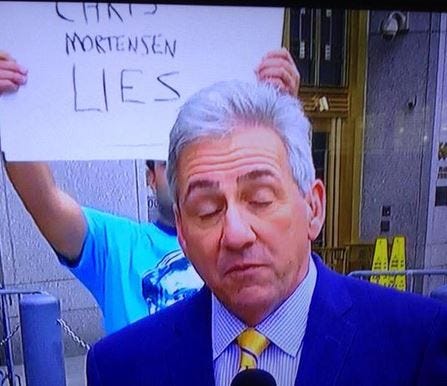 Wait a minute. What planet am I on? What just happened this morning? So Roger Goodell went on Mike and Mike this morning. In a surprise to nobody they didn’t ask him 1 hard question. It was softball after softball. They didn’t ask about the “independent investigation” They didn’t ask about the leaks to Chris Mortensen. The hardest question they asked is why Goodell wasn’t going to be in Foxboro Thursday for the season opener. Goodell’s response was because “he was at the last two playoff games last year.” That should tell you everything you need to know about that bogus interview. But that’s not even here nor there. Instead the bigger story is that ESPN released an OTL report this morning on Spygate and it’s been their lead story all morning. Yes Spygate. Yes 2007. I read the report and it literally didn’t say anything that people didn’t already know other than ESPN calling the Patriots cheaters about 20 times. It just looked like another “independent investigation” edited by the NFL.  They are also leaving the scroll on the front page of Sportscenter non stop all day. Seriously this is what ESPN looks like 24/7 today. 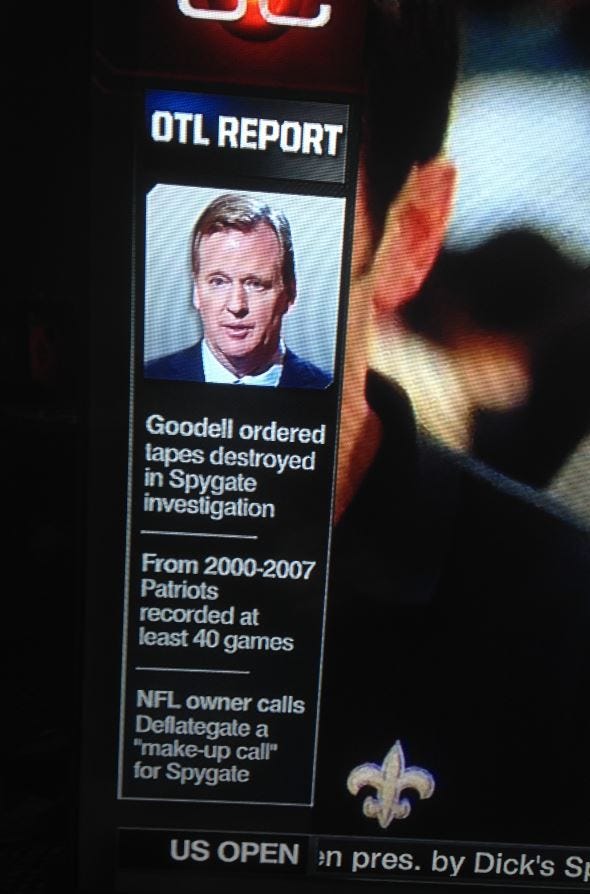 So let me get this straight. Rather than doing an OTL report into Deflategate and what role the NFL and ESPN played in that fiasco they decided to rehash a story from 2007. Still nothing from Chris Mortensens. Still nothing from Kelly Naqi. Still no retraction of all their erroneous reporting. Nope let’s talk about Spygate. Surreal stuff. I guess ESPN doesn’t want to investigate Deflategate for the same reason Roger Goodell didn’t want to hire an independent investigator. They know they wouldn’t like what they’d find. Regardless if there was any doubt that ESPN is the NFL’s propaganda machine this should end it. Do you want to do an OTL report on Deflategate, Ray Rice or something from a decade ago that NOBODY is talking about? Fuck ESPN. Fuck the NFL. Now let’s go win another damn superbowl.