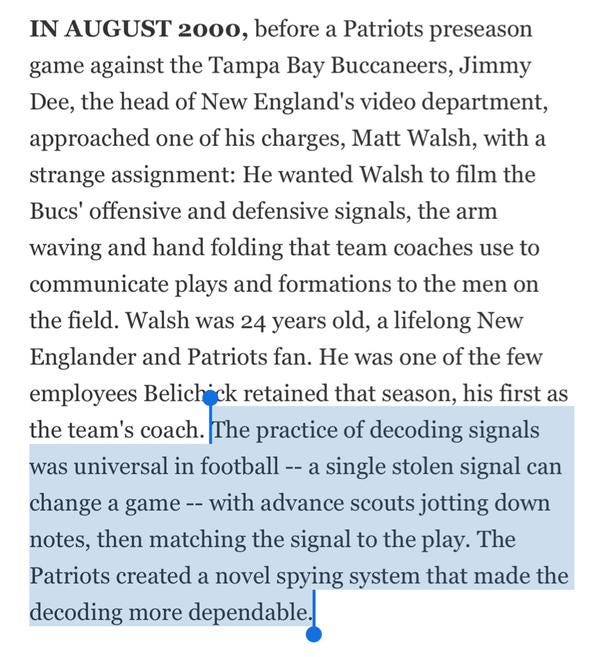 That’s what it all comes down to, right there. Everyone did it but the Patriots were too good at it, so the rest of the NFL got sick of it. It says that in plain black and white. “Wahhh the Patriots are so smart they reinvented the spy game and there’s no way we can keep up anymore.”

So, Goodell sent his henchmen to Gillette to take all these tapes and notes and destroy all of them (even though he would later show tapes to reporters and owners sooooo I guess OTL got that whole “destruction of all tapes” wrong?). Who cares that everyone did it, who cares that you can still do it as long as it’s from the designated filming area. Honestly this whole SpyGate thing was clearly just put out to smear the Pats but all it’s done is remind me how bullshit even this was.

And I love the people who are saying that this revealed the Pats cheated in “more” games than everyone thought? Really? Because this report says it happened over 40 games, a little more 2 seasons. Did anyone think it happened that little, or did everyone assume Belichick cheated from 2000-2007? Because I’m pretty sure it’s the latter.