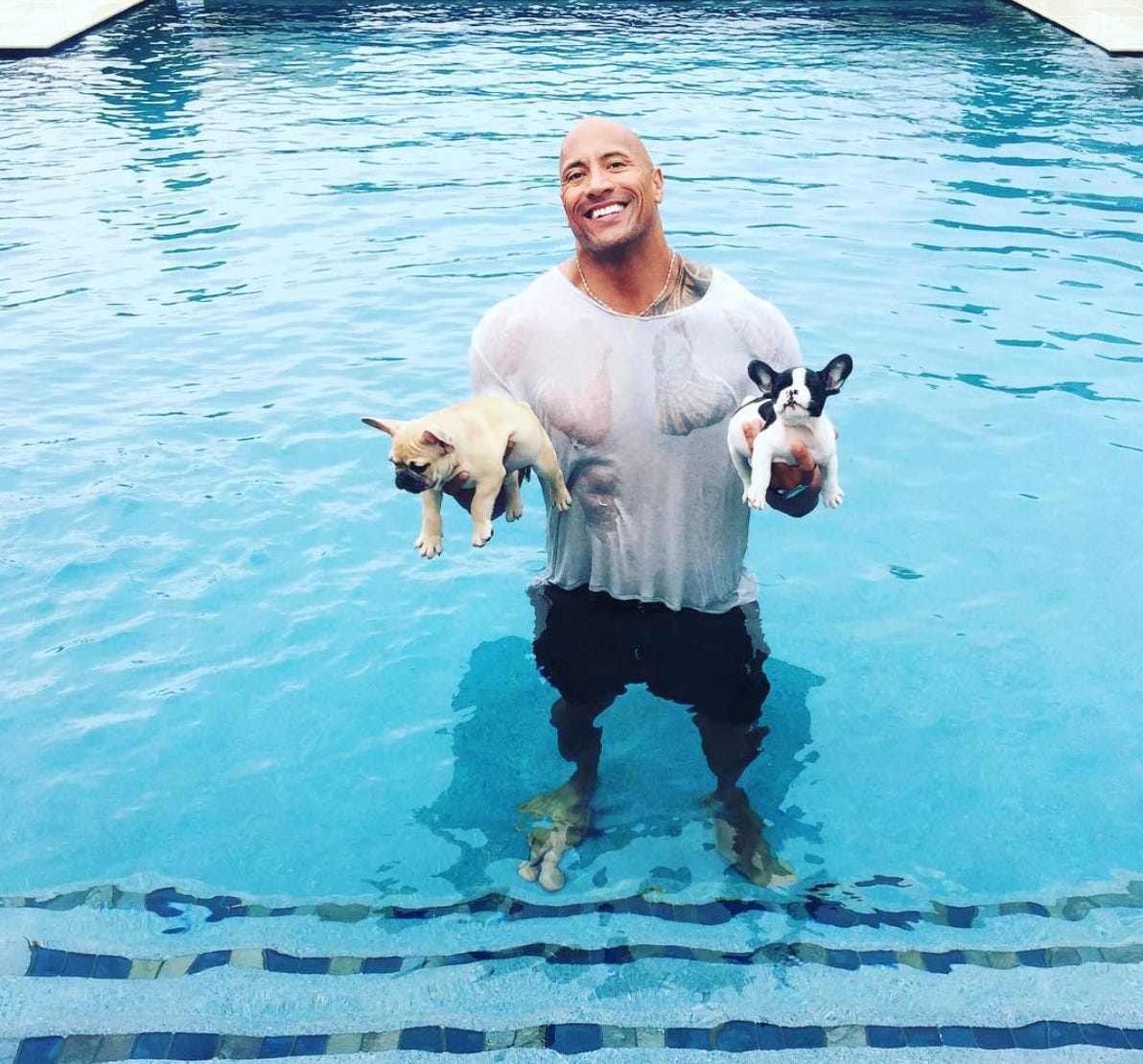 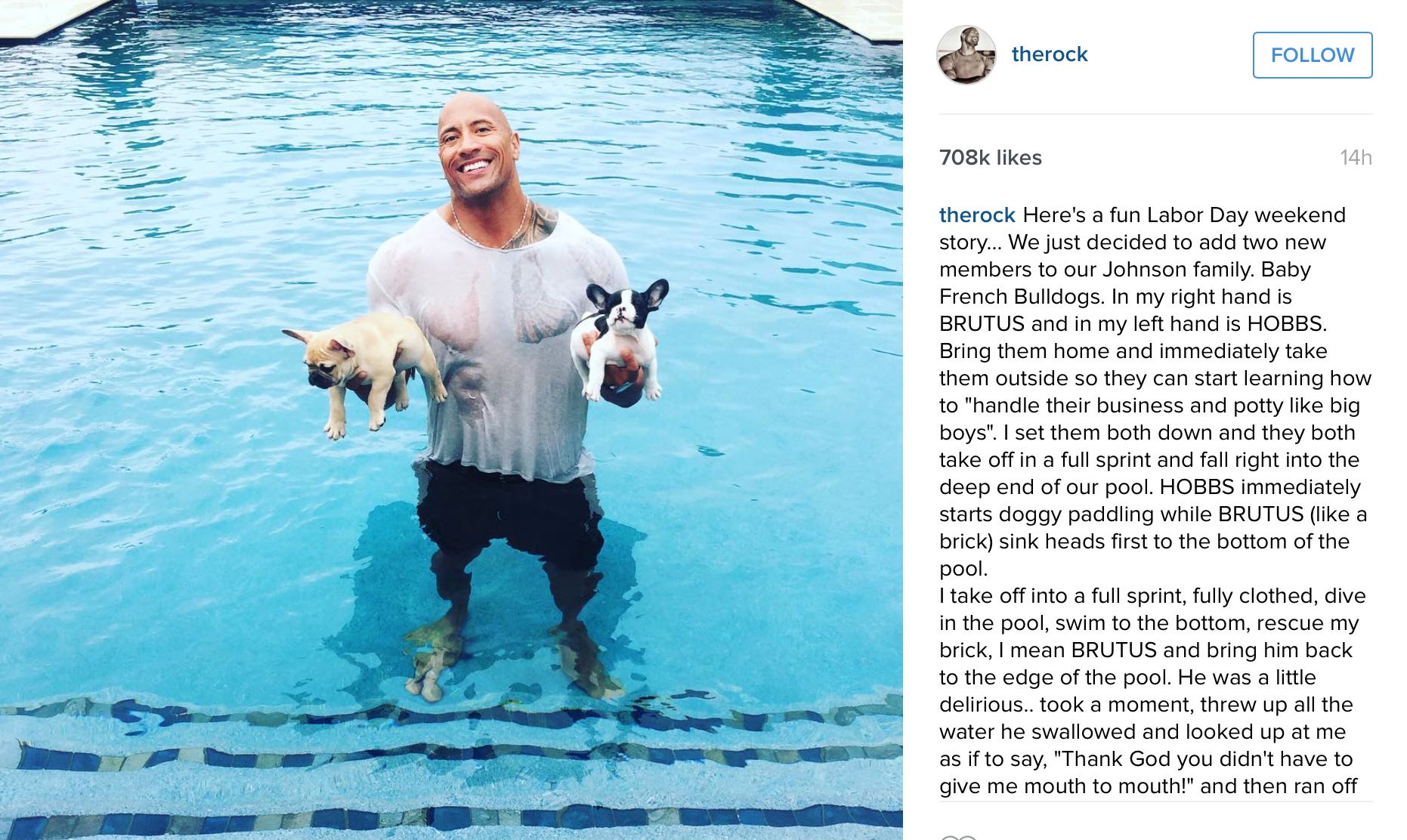 Here’s a fun Labor Day weekend story… We just decided to add two new members to our Johnson family. Baby French Bulldogs. In my right hand is BRUTUS and in my left hand is HOBBS.
Bring them home and immediately take them outside so they can start learning how to “handle their business and potty like big boys”. I set them both down and they both take off in a full sprint and fall right into the deep end of our pool. HOBBS immediately starts doggy paddling while BRUTUS (like a brick) sink heads first to the bottom of the pool.
I take off into a full sprint, fully clothed, dive in the pool, swim to the bottom, rescue my brick, I mean BRUTUS and bring him back to the edge of the pool. He was a little delirious.. took a moment, threw up all the water he swallowed and looked up at me as if to say, “Thank God you didn’t have to give me mouth to mouth!” and then ran off to play with his brother.
A few lessons I’ve learned today.. A) Not all puppies have the instinct to doggie paddle. B) Some puppies (like BRUTUS) will be so in shock by experiencing water they will sink extremely fast so react quick. C) While spiriting to save your puppies life, before you dive in, try and throw your cel phone to safety. Don’t keep it in your pocket… like I did.

Are you familiar with the Tyson Zone?  It’s the concept created by Bill Simmons for when a person becomes so crazy and their actions become so insane that, no matter what someone tells you about them, you’re inclined to believe.  True or false.  Obviously it’s namesake comes from the great Mike Tyson who is one of the craziest mother fuckers.  So crazy that someone could tell you he did anything (true or not) and you would believe them.  Well I think it might be time we need a Rock Zone but instead of it being for a person who does crazy things it’s for a person who does charitable things all day every day.  At this point I would honestly believe anything you told me about The Rock when it comes to helping other living things.  Whether it’s a PR strategy or not, that’s what he has become.  Saved two puppies from drawing in a pool?  I’d believe it.  Donated 5 million dollars to the homeless shelter? I’d believe it. Beat up two men who were assaulting a woman then put her through college? I’d believe it. Repelled down the side of a mountain, saved two climbers who were stuck and then beat the crap out of the mountain? I’d believe it. From this point going forward there’s nothing I won’t believe about The Rock and his perfect human ways.