That was HR number 32 of the season for Bryce, a bomb into the second deck in center field. Coming a day after he went 0-0 with 4 runs scored, there really is nothing opposing pitchers to get him out right now. Put him on base and the people behind him are finally hitting, pitch to him and he’s sending it to Pluto. So far in September Bryce is 9/15, which is good for a .600 average with a 3 game HR streak with 9 walks and 9 runs scored.

The Mets have been a thorn in his side all year, hitting just .250 with 1 HR against them. You know he would love to do nothing more than prove the haters and doubters wrong. Knock the Mets monkey off his back in a big way. And no better time than now for the 22 year old phenom. The Nationals have won 5 in a row and 7 of 10. 2 of those losses were terrible losses to the Cardinals in games they easily could have won. So they are sitting 4 games back of the Mets going into a 3 game series at home. So much is riding on this series. Get swept and might as well not bring Matt Williams with them for the next series in Miami. Sweep the Mets and we could be looking at another glorious September collapse from then.

First game is a 1pm today with a recently-struggling Scherzer on the mound vs the Mets dope Jon Niese. Then it gets a bit harder when the Mets trot out Matt Harvey and Jacon deGrom in the next two. But with Zimm and a Stephen Strasburg who has been filthy as of late on the mound for the Nats, all 3 games are winnable. 3 huge games for 1 NL East crown. Now or never.

PS: I’m not sure there’s a better jersey in baseball than the Nats red, white, and blue Ws. It’s perfect. 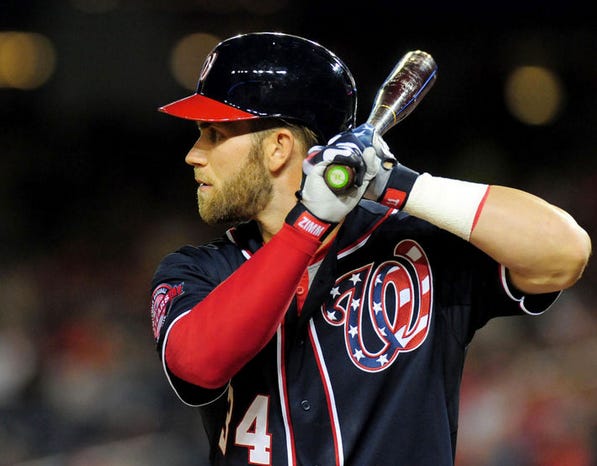