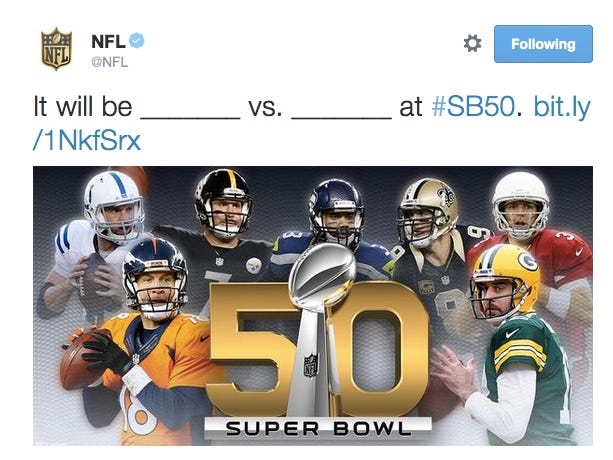 Love the NFL continuing to handle their loss to Captain America like a high school girl who got dumped. Just deleting him from your social media life doesn’t make him unfuck you, girls. Asking who’s going to be in the Super Bowl and attaching a picture of the best QBs in the NFL but leaving out the guy who’s won the most Super Bowls in history is about as subtle as a sledgehammer. And grabbing fucking Carson Palmer as your rebound guy? Come on. You know Tom saw that, laughed, then nodded his head and thought “Oh yeah, I’m way better than her new guy. I won the shit out of this breakup.” 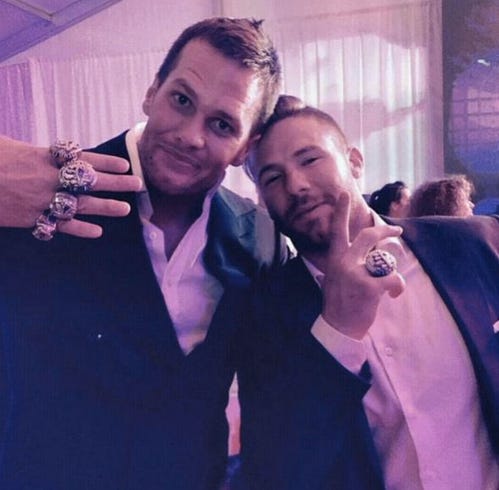 Update: The NFL deleted it. Doesn’t get more cowardly than that.