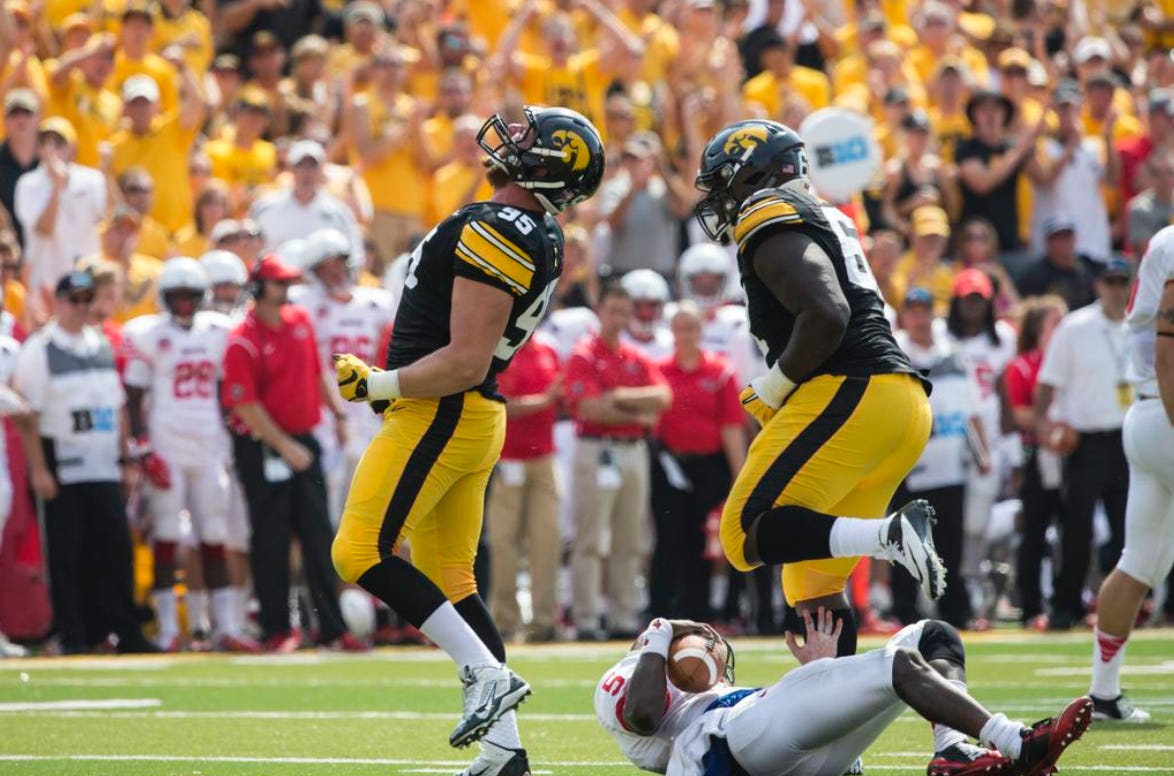 Blood bath, baby!  Great start to the season for the Kirk Ferentz and the Iowa Hawkeyes.  They dominated every aspect of the game from the opening snap to the final whistle (well, minus the two late garbage TDs the second unit gave up).  Ran those Red Birds right outta town.  You can’t really ask for a better season debut. Yes I know it was against Illinois State and they’re an FCS school and blah blah blah. That’s all noted. Doesn’t mean we can’t enjoy this one. CJ Beathard looked fantastic in his first game as Iowa’s only option at quarterback.  That 12-play 99-yard TD drive early on was a thing of goddamn beauty.  And that was after a 13-play 81-yard TD drive to start the game.  After watching Jake Rudock take dumps all over the field for Michigan the other night every Iowa fan has to be relieved Ferentz tabbed Beathard as his guy in 2015. Beathard went 15-24 for 211 yards and a touchdown through the air.  He also rushed for a couple of TDs. The quickest way to get people around here invested in this team is to have CJ be the lightning rod. RB LeShun Daniels looked real good behind a young offensive line, rushing for 123 yards.  Our best receiver on the day?  Running back Jordan Canzieri with 90 yards receiving. That’s a bit of a concern going forward. Iowa’s lack of a true deep threat is gonna hurt them at some point.

This really says it all

Oh and I’d be remiss if I didn’t mention Kasino Kirk Ferentz coaching like a guy who’s feeling the heat. Iowa was 2/3 on 4th down attempts and the one they didn’t convert was a fake field goal that I fully support. Even the Kinnick crowd gave Ferentz a standing ovation after the failed attempt.  That should tell you all you need to know about how sick and tired people are watching boring ass football.  I just hope Kasino Kirk is here to stay all season.

On the other side of the ball, it was The Drew Ott show.  Plain and simple.  Dude is a stud.  He’ll be eating eggs and terrorizing quarterbacks all season long.  He had Tre Roberson running for his life all day long and sacked him twice.  Iowa’s defense tallied 5 sacks on the day.  At half time the Redbirds had 0 rushing yards.  All in all, that was a fun way to start the season.  Onto Ames. 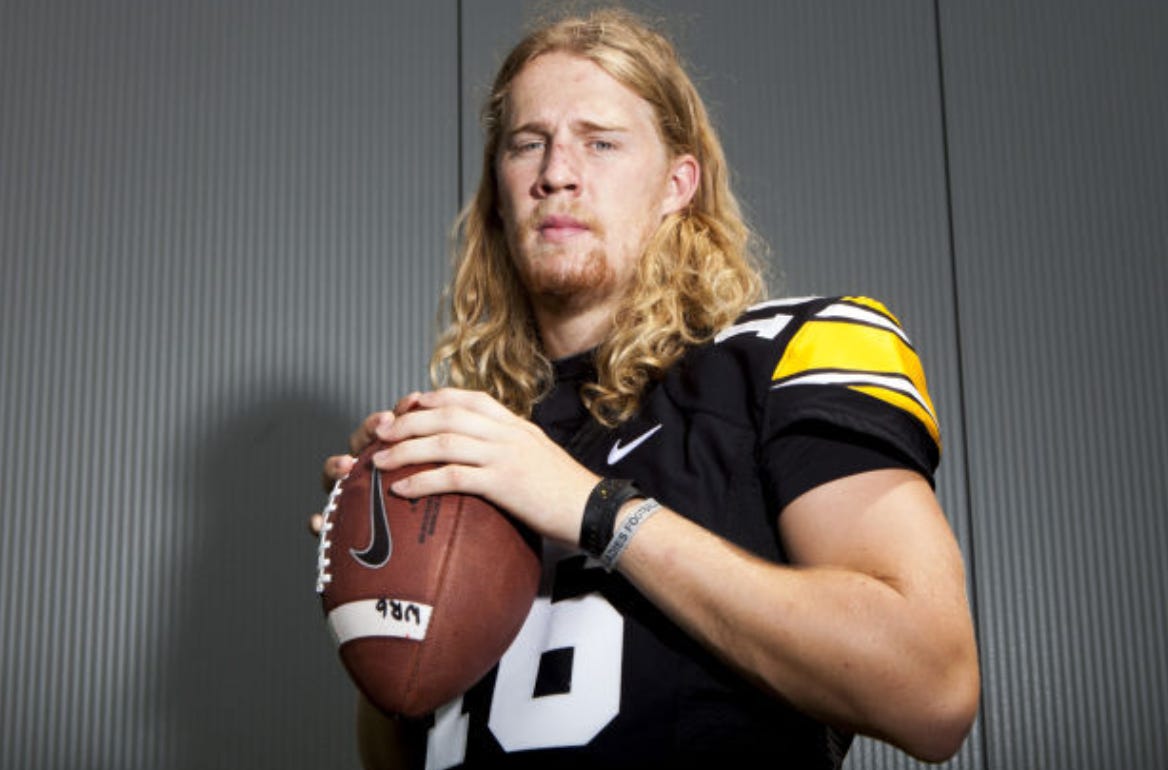 Zach Johnson with the quote of the day