It’s been a lonnngggggg ass offseason, but College Football is officially back and Week 1 did not disappoint…once again, for the first time of 2015, here are all the highlights, the best GIFs, Vines, tweets, Instagrams and Youtubes.

Let’s get into it.

Not to kick off a big football roundup by focusing on a marching band…but Kansas State making the Jayhawk mascot swallow a dick still makes me laugh every time I watch it.

Casual estimate for total points scored by Baylor this season – 43,000.

SMU hung tough for a little bit but may have celebrated too early.

I’d imagine that an opposing offense finding out Shawn Oakman is suspended right before the game is like a birthday, Christmas morning, and substitute teacher day all rolled into one. 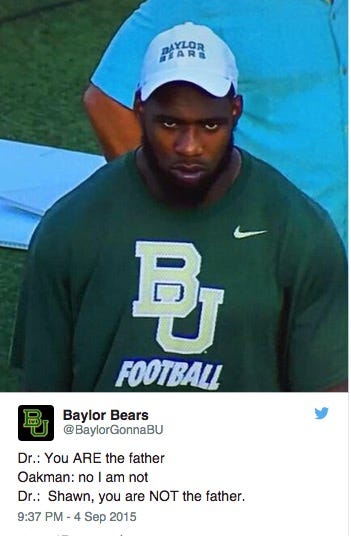 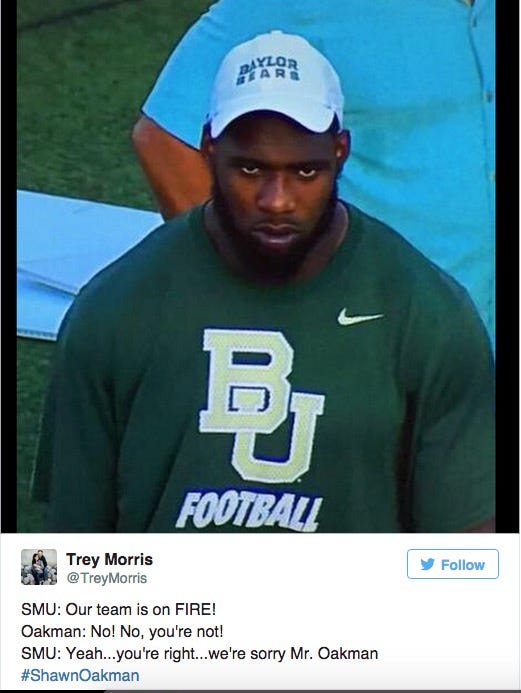 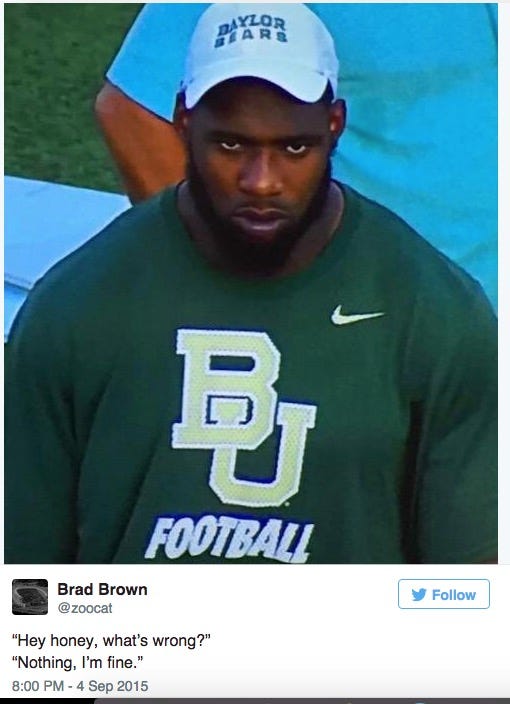 The speech from WMU coach PJ Fleck made me want to sprint through a brick wall, grab Destiny, stick her in my trunk and go conquer the world.

When you spend your entire college career trying to make God happy, he hooks you up with a Hail Mary

When CFB is back but you’re still hungover AF…the metaphor GIF:

Tennesee fan gets blown the F up by security

Things didn’t work out for Nebraska, but they can’t take this Westerkamp TD away

Not all funny stuff – scary moment as Clemson WR Mike Williams hits the upright, gets carted off.

The Penn State/Temple game summed up in 1 single gif – PSU getting sacked by a 2 man rush.

The future for Penn State is bright though: 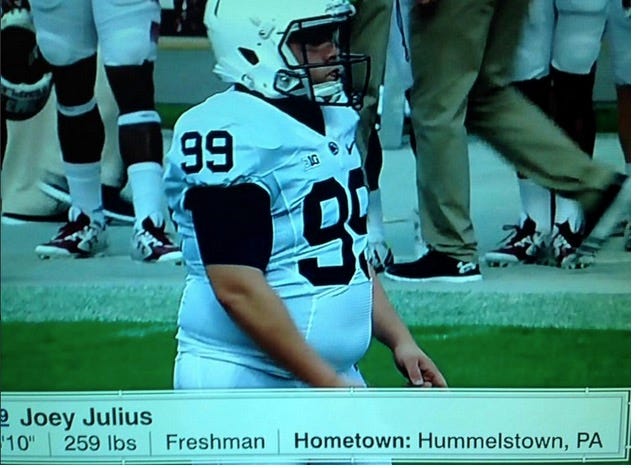 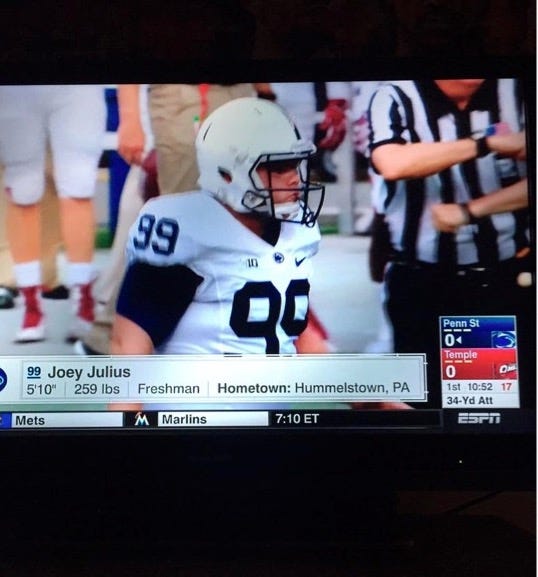 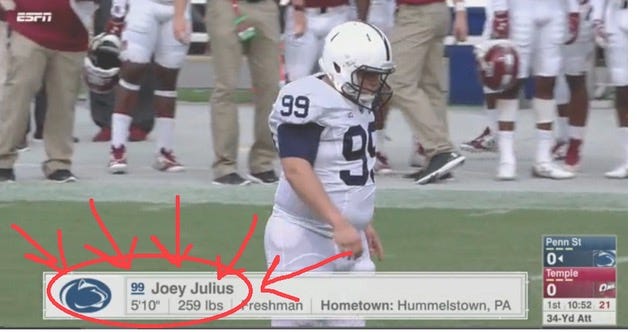 A&M Coach should have just stopped at the chest bump.

Speaking of big hits…Caputo TKO’s himself so bad he literally does not know where he is – pretty scary stuff.

This just in…Derrick Henry just ran for another TD on the Wisco D.

Let’s check in on Texas football:

Outscored 117-20 in their past 3 games. Think Charlie needs to add another core value: “Score points on offense”

This ref will dump his protein shake on your head and bench press your mom. 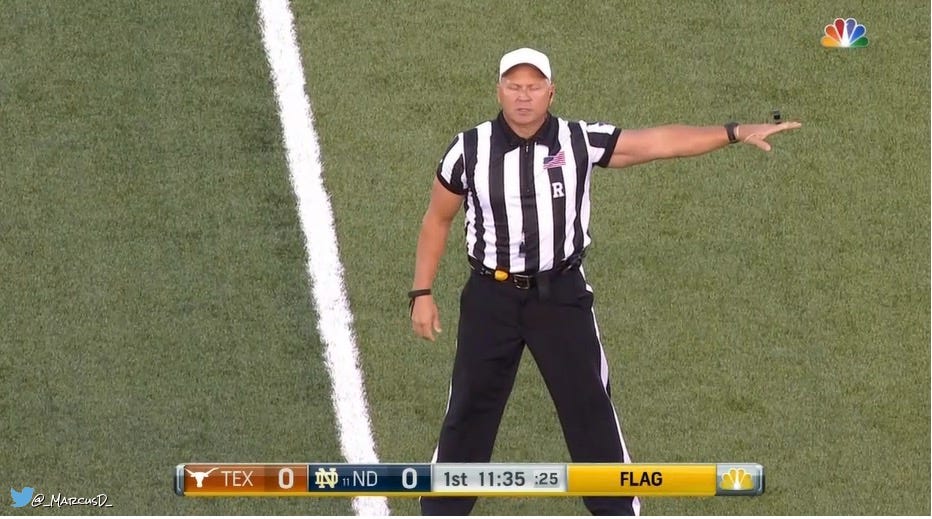 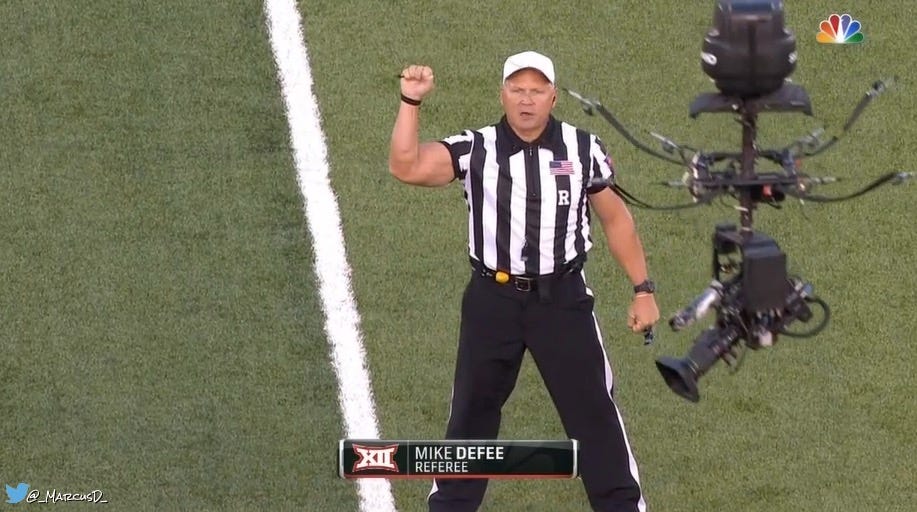 If you bump into the Northwestern coach on the dance floor at a wedding…hide your bitch.

Purdue football is back, let’s check in on the first play! Oh…

That’s it for this week…Coach Sumlin, take us out!