Damn. If only the Redskins had a player who wears number 10. Would have made counting down to gameday so much easier. It’s just too bad nobody wears that number so they had to call an audible and use Trent Williams instead. 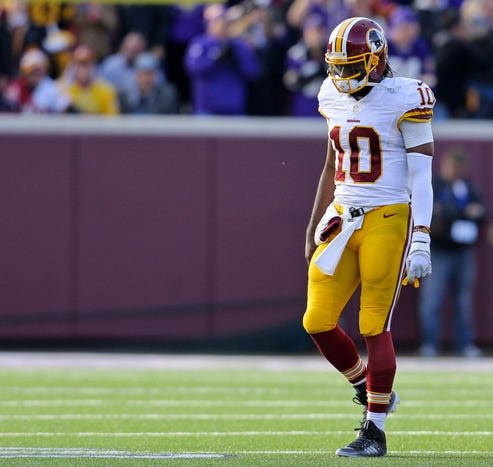 It’s so funny and so sad. Way to kick a man while he’s down. You KNOW he’s sees this. You know he does. Probably hurts his feelings so much. I wouldn’t be surprised if he is legitimately George Michael Bluth’ing around Redskins Park today. From face of the franchise to not being used when his number is called for the countdown to kickoff. Absolutely hilarious but really fucking sad.

PS: I have plans all day Saturday and I know I’m going to be out if/when he’s cut. I guess I have to write the blog now because we have 1995 technology and blogging from an iPhone might as well be a rubics cube.