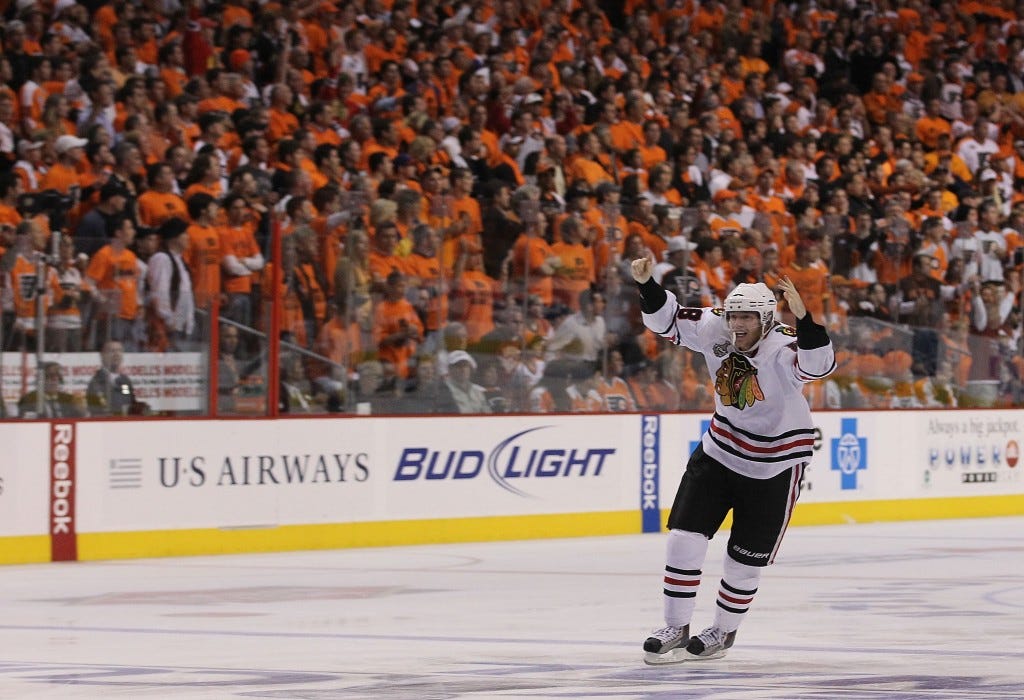 [Disclaimer–Before I get started here, let me just get this one out in the open. Yes, if the Philadelphia Flyers traded for Patrick Kane (which definitely won’t happen), I would obviously be so pumped. I’d buy a jersey right away and this son of a bitch was supposed to be a Flyer anyway but Philly got dicked over in the lottery. But no, it would be a terrible idea.]

Chicago Sun – There probably isn’t a more image-conscious team in the NHL, if not all of professional sports, than the Blackhawks. John McDonough didn’t just help turn the Hawks into a force on the ice, he turned them into a well-oiled public-relations machine…it’s made the Hawks a near-universally admired and respected team around the league, and a beloved one in Chicago.

Simply put, the Hawks are the model franchise, on and off the ice. Which is why Patrick Kane might be done in Chicago. And why maybe he should be. It’s still uncertain if the Hawks are seriously considering trading Kane in light of an ongoing police investigation in Hamburg, N.Y. But if they are, they won’t have any trouble finding any takers.

In what might be the most scorching hot take regarding the Patrick Kane situation that’s going on right now, Mark Lazerus dropped this little bit of info on all of us. “At least five teams contacted the Hawks once the Buffalo News first reported the investigation”. The Flyers were one of those teams and even though the chances of the Hawks actually dealing Patty Kane are drastically low, there’s still a month left until hockey season so let’s talk hypothetical anyway. Because there’s not a chance in hell that bringing Patrick Kane to Philadelphia would end well.

First off, Patrick Kane costs 10.5 million fucking dollars. So in order to change Patrick Kane out of a red jersey and into an Orange one, you’d obviously have to send Giroux or Voracek packing. Now I’m going to say something that I’m sure plenty of outsiders are going to give me shit about here, but I am fully convinced that the Flyers are going to win a Stanley Cup sometime within the next 5 years. And Giroux and Voracek are going to be the ones who lead the way. They are both guys who want to be here. Not only do they want to be here, they want to win here. They’re both top-tier players in the NHL and you can tell that they’re hungry. They know the city has been starved for a Stanley Cup for the past 40 years and I think that with the core of guys that are here in the system right now, they can make it happen. You’ve got those 2, Coots, Mason in between the pipes and all the young guns coming up on the blueline. The Flyers are just 1 or 2 pieces away from putting it all together-they gotta find production outside of the top line and solidify that defense. As long as the young kids can work on D and the Flyers find a way to close the gap between the 1st line and the 2nd+3rd, well then that’s a dangerous team. Bringing Kane into the mix can only serve to fuck that up.

Thanks for the gif, Pete

Because Patrick Kane isn’t starving for a Stanley Cup. The 26-year-old already won the damn thing 3 times and has accomplished more in his career than 75% of NHL players ever. It’s not like he’s a player who needs a change of scenery to resurrect his career. It’s not like it’s going to be him trying to find his game again. He just has to go play on a different team and collect a paycheck at that point. No real incentive to do anything more or anything less. Which sort of seems like Patrick Kane’s M.O. anyway.

Kane fits perfectly in Chicago right now because he has guys around him who are great leaders. Jonathan Toews has been the best captain in the NHL since Mark Messier. Hossa is a guy who does all the right things. Duncan Keith does everything he possibly can for the team. And then Patrick Kane has his skill. But that’s about it. He doesn’t seem like a leader at all, just a guy with a silky pair of hands and an unbelievable clutch gene. But then he goes out and finds himself in trouble all the time in the offseason. He just doesn’t seem like as much of a competitor or as much of a team-first guy. He’s just a stud who can show up and light the lamp. But without Toews and Hossa and Keith around him? Who really knows.

All I’m saying, in this entirely too long blog, is that if there’s anything I’ve learned as a Philadelphia sports fan, it’s that bringing in the big names never really works out. TO, Halladay, Pronger, Forsberg, Bynum(?). Every time Philly gets a guy with a name, it always ends poorly. I can’t imagine a scenario where bringing in Patrick Kane wouldn’t end the exact same way.

35 Days ’til the Flyers season opener. 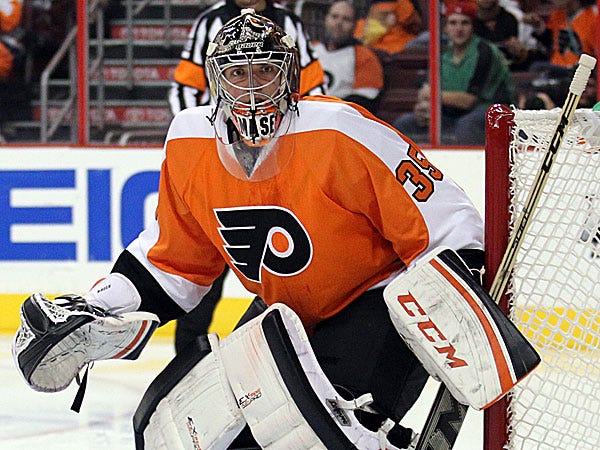