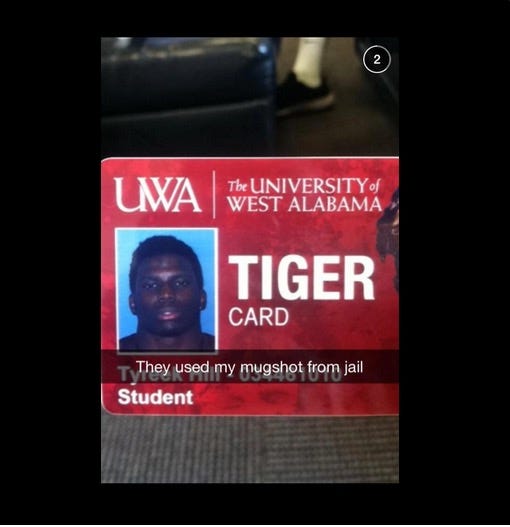 From D1 running back at a major Big 12 school…to D2 West Alabama where they’re using your prison mugshot for your student ID. How the mighty have fallen.

Don’t feel too bad for him though.

Hill was dismissed from Oklahoma State’s football and track teams in December 2014 following his arrest on domestic violence charges. An All-Big 12 Conference all-purpose player, he was accused of punching and choking his pregnant girlfriend.

The arrest came less than a week after Hill’s 92-yard punt return in a comeback victory over Oklahoma.

Hill was arrested on a charge of domestic abuse by strangulation. [ESPN]