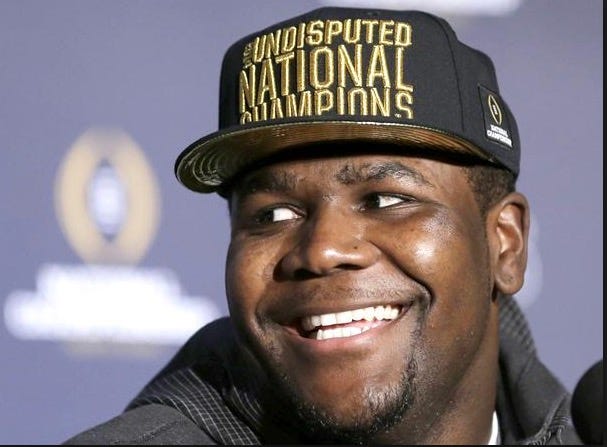 COLUMBUS, Ohio — Ohio State quarterback Cardale Jones was taken to a hospital Wednesday night and treated for a severe headache, according to multiple media reports.

The redshirt junior is expected to be fine, but Ohio State has yet to confirm or comment on his status. The hospital trip caused a social media stir a few hours after the top-ranked Buckeyes wrapped up practice ahead of Monday’s season opener at Virginia Tech.

According to the Toledo Blade, Jones remained in an emergency room late Wednesday as a precautionary measure, but his mother, Florence, told the newspaper, “He is good” and that it was “just a headache.”

Rushed to the ER? Jesus, must be one bad freaking headache.

Motherfucker just name your starter! The season starts tonight. We got our first full Saturday coming up. You’re the unanimous preseason #1 and favorite for the national championship and got 2 guys fighting their ass off to be QB1 and you’re playing coy. No wonder dudes are collapsing with headaches all over the joint. Place is a stress filled pressure cooker.

Season opener Monday night…4 guys suspended, superstar QB rushed to the ER..it’s been an auspicious start to the season for OSU to say the least.