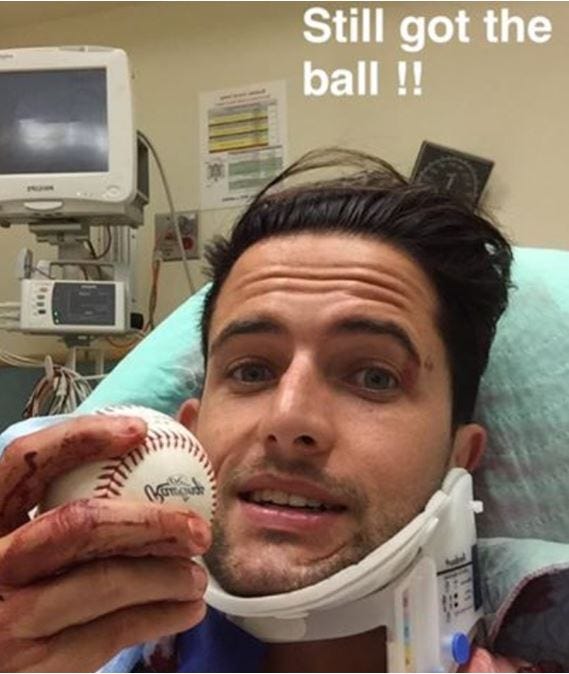 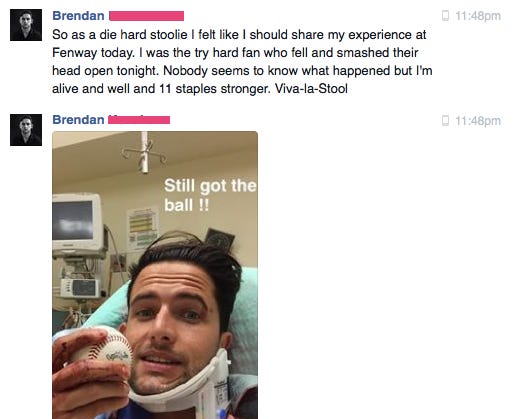 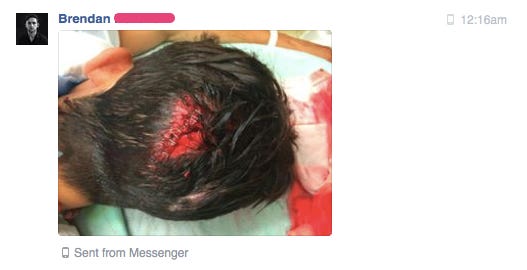 CBS – In the seventh inning of Wednesday night’s Yankees-Red Sox game at Fenway Park, a fan was injured while trying to catch a foul ball and left the ballpark on a stretcher. Some additional details from the Associated Press: The fan was in the last row of the lower box seats, and landed on the concrete walkway that separates the lower and upper boxes. A witness said there was a bloody shirt on the concrete. And here’s an update, via Red Sox team statement: The fan, who was attended to by emergency medical personnel for a possible concussion, was then transported to Beth Israel Deaconess Medical Center for further treatment and is expected to be released later tonight.

Hats off to this kid. Would I risk my life for a foul ball? Probably not. But I also will never look down upon those that do. I kind of feel like we need Foul Ball Guy to sign this for him. Just a simple “Love the Hustle – Foul Ball Guy” would probably go a long way.