As far as HRs go, that one is up there as one of the best you’ll ever see. Walk-off shot to straight away center on a 3-0 meatball. Easily the farthest ball I’ve ever seen hit at Camden Yards. I saw someone reported it at 459? No way, I demand a recount. I’ve sat in those seats before and it has to be close to 500. That was the 2nd homer of the night for Crush and the walkoff dinger finally killed that losing streak. He also almost killed a man who was sleeping in the seats in center. Even if you’re 500 feet away, you’re not safe. Not Davis’ fault, guy shouldn’t have been sitting/sleeping there.

Just an absolute savage bat throw too, not even a toss. Right in your stupid faces Rays.

Don’t let those birds get hot!

PS. Seems like the Rays aren’t taking the loss too hard… 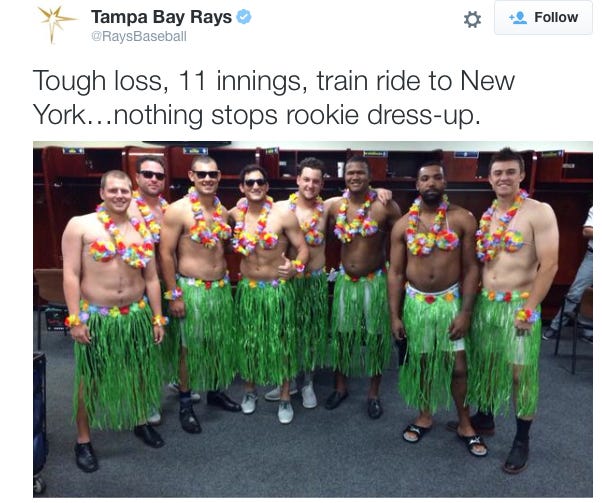