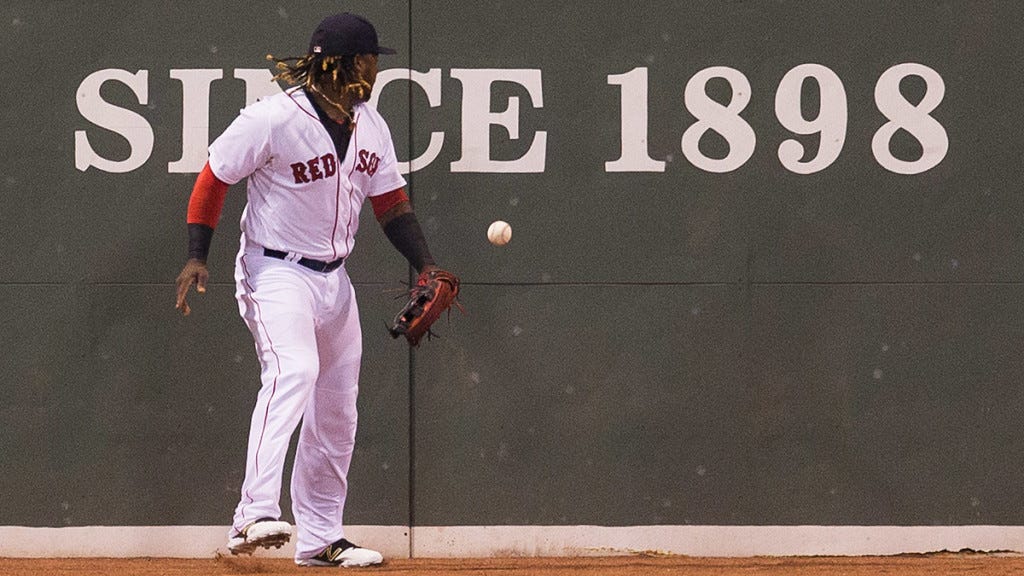 You don’t need numbers for me to back up this point, but Hanley Ramirez is the worst defensive left fielder in baseball, both statistically and by using the eyeball test. On Tuesday, we learned that when Ramirez returns to the lineup, he will not play another inning in the outfield for the rest of the season, but instead, he will be at first base.

Some may take this as a sign that the Red Sox are doing everything they can to keep Ramirez’s bat in the lineup at whatever cost, but I see this as his departure being inevitable. If you’ve been watching this team on a nightly basis, then you already know that the Ramirez experiment at first base is going to be just as atrocious, if not worse, than it was in left field. To be honest, I’m still baffled that he couldn’t at least be passable as an outfielder, especially in left field at Fenway Park, given his decade as a major league shortstop.

Over the All Star break, his former manager Don Mattingly spoke about how he believed he would become a successful outfielder, and even went as far as to say that he once believed he’d make a good centerfielder.

“All I know is a couple of years ago, I [saw] him during our early batting practice in center field and he was running down balls like it was nothing,” Mattingly said on Monday. “I told him at the time, ‘Have you ever played outfield?’ He was like, ‘No.’ I told him he could play center field and I really believe that. He ran good enough.”

When was the last time that you saw Ramirez dive for a ball in the outfield this year? Never. The answer is never. He might’ve tumbled over a couple of times and crashed into a wall or two, but he has never made an all-out effort to dive for a ball in the outfield. So what makes you think that that will change at first base? People think that it’s as simple as standing there and catching throws from the infielders, and it’s not that simple. Last month, Tim Britton of the Providence Journal had a piece about the situation where he spoke to Brock Holt about his transition to first base.

“First base is something that I thought would be easy going into it, because you think about first base, you just run over and catch the ball,” said Brock Holt, who learned the position on the fly last summer. “It’s a lot harder than people think.”

And does Ramirez have the talent and physical ability to play the position? Absolutely. But does he care enough to learn the position and play it at a level that he wouldn’t become a defensive liability? There’s no way. Because if he cared enough to learn a new position to help this team, then he’d still be in left field, and we wouldn’t even be talking about his move to first base right now.

Hey, I like Hanley. I wish that it would’ve worked out, because I love watching him hit when he’s actually hitting. But it just didn’t work out, and it’s time to move on if the Red Sox are serious about contending in 2016.