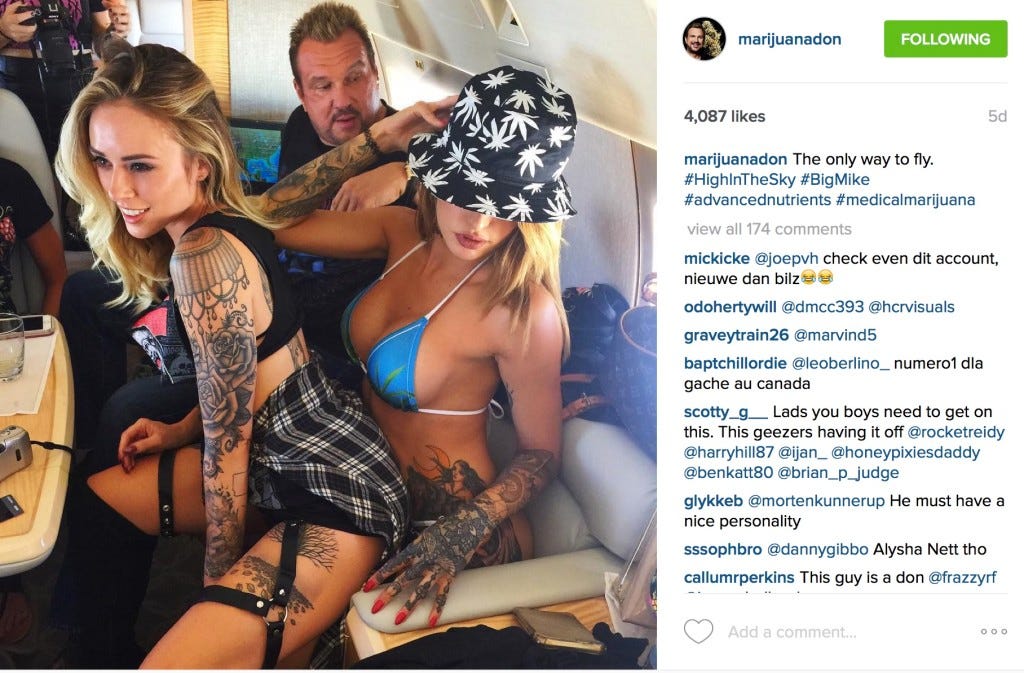 Uproxx – “Instagram’s Biggest Playboy,” Dan Bilzerian, had better mind his ill-conceived manners. There’s a new cat in town, and he’s taking social media by a puff of marijuana smoke. His Instagram handle is Marijuana Don, and he has something Bilzerian can’t hope to secure (except by FedEx overnight delivery). If you guessed “an enormous amount of weed,” you’re correct. There’s a reason why the Internet is starting to refer to this fella as “The Dan Bilzerian of Weed.”

Marijuana Don is actually better known as Big Mike, the guy who runs Advanced Nutrients. His real name is Michael Straumietis, but the ladies stick with the nickname. Like Bilzerian, Big Mike is a multi millionaire, but there’s no alleged shady offshore accounts funding the lifestyle. Instead, Big Mike operates a legit Canadian Company that sells products to help people grow their, uh, crops. The legal marijuana trend earned him a lot of cash. His Instagram account is also starting to grow, although he’s not running Bilzerian numbers. Yet.

Here are some more pics of Big Mike doing his thing because honestly I need a little more time to think about whether I like this guy or not:

So here’s my first thought: This dude looks a whole lot like a chubby Diamond Dallas Page from WCW/WWE: 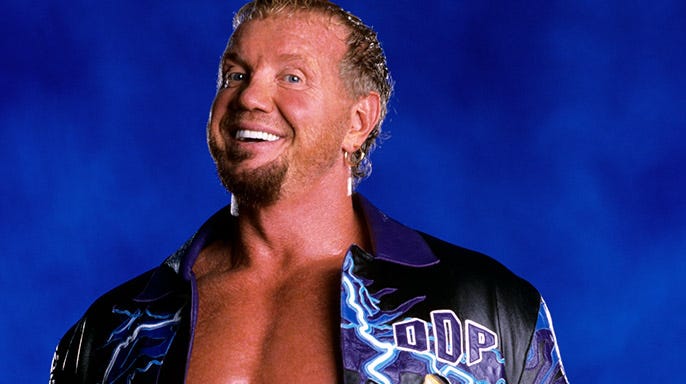 My second thought is that this dude’s life seems awesome, as it should for having the vision to get into pot early and riding the wave as it starts becoming legitimately lucrative. I’ve blogged before about how I almost started another company instead of joining Barstool and it would have been a Seamless for legal marijuana delivery in states that allow it or maybe making some sort of farm on the East Coast and waiting to strike when legalization hits. Being a pot baron seems AMAZING and like if you build something smart now and run it like a real business, you could get super rich over the coming years.

But the thing I hate about this dude’s vibe is it’s just so cliché pot dude. Even with a fleet of sick cars and a classy looking private jet we’ve got sort of trashy-looking tatted up chicks in ugly weed hats (hot though they may be) while Big Mike is rocking some Affliction caliber t-shirts with dudes dressed like the Pot Riddler:

I just expect better from my rich people, particularly one trying to be the Dan Bilzerian of pot culture. Maybe you don’t have to be a fake Dos Equis dude like Bilzerian or dress like the Rich Texan on The Simpsons with a cowboy hat and giant marijuana leaf belt buckle like I would if I were a pot baron, but you don’t have to look like the 36-year-old burnout from the vape shop either. Cocaine style on marijuana money is how I’d put it. Chicks in nice dresses, marble columns in every room of every place you enter (my New York-bred Italian sense of displaying wealth and class may be showing here), a suit and some nice Tom Ford Noir cologne instead of the scent of burnt ground up nugs and a t-shirt of a French Bulldog in a monocle. A little class, a little sophistication. Something to make people out there go “Whoa, pot is legit as hell now” instead of “He has hundreds of millions of dollars and clearly his only store credit card is for Spencer’s Gifts,” that’s all I ask. Be the Marijuana Don that can lead us all into a brighter tomorrow, Big Mike.