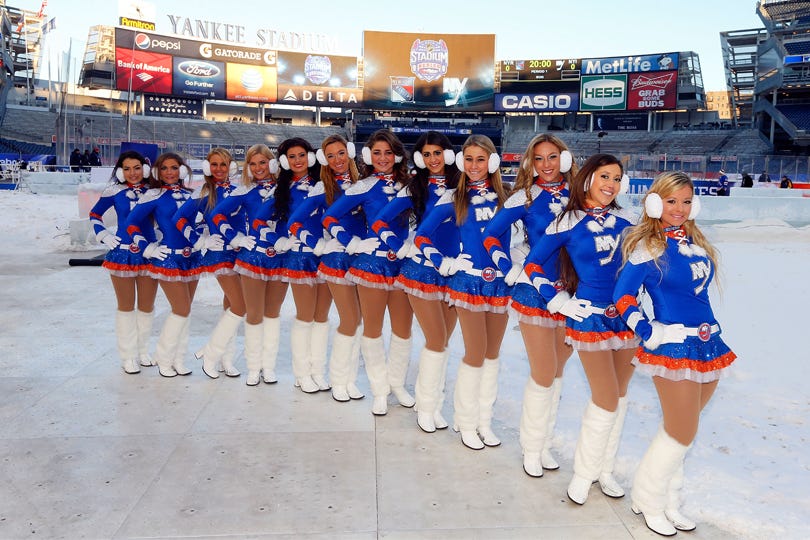 Sports Illustrated – The New York Islanders will cart plenty of tradition along with them as they make their move from the Nassau Coliseum to Brooklyn’s Barclays Center for the 2015-16 season. The familiar uniforms will be there. So will the banners honoring the team’s retired legends and its four Stanley Cups. But one longstanding tradition will be very noticeable by its absence: the Islanders Ice Girls. In their place will be a co-ed ice crew charged with “helping create the best ice possible as mandated by the NHL,” according to Barry Baum, chief communications officer for Barclays Center.

There are a lot of things in this world worth forming a strong opinion on, and this is most definitely not one of them, but with that being said it’s easy to see the motivation behind this move. In a time where the definition of “politically correct” continues to get diluted the team is simply making an effort to remain ahead of the curve, as they would rather not deal with future boycotts, similar to the one in San Jose. With the inaugural year at the Barclay’s ahead of them, the whole goal going forward is to gain fans, not draw them away, and what better way to lock up the PC police/Fake Outragers demographic than to show the Ice Girls the door.

Now though some of the current girls will remain with the organization and take part in the new co-ed ice cleanup crew, I am sure this move means a lot less skin being shown between whistles, but certainly, a lot more jeers from the ever so rare trolls.

The Ice Girls themselves have always been a nice oddity at hockey games, nothing more, nothing less, but if you’re outraged enough by them getting the ax that you would choose not to head out to a game, maybe hockey just isn’t for you bro. 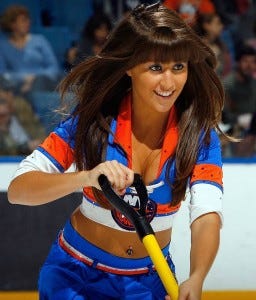 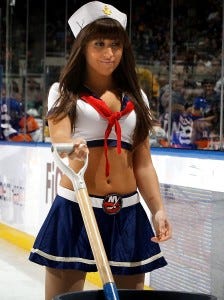 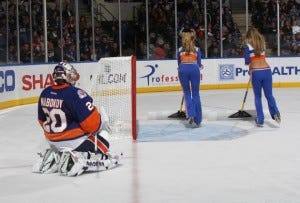 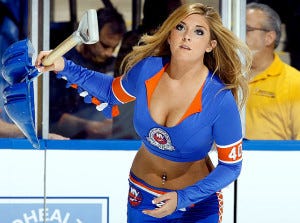 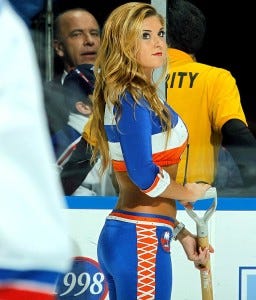