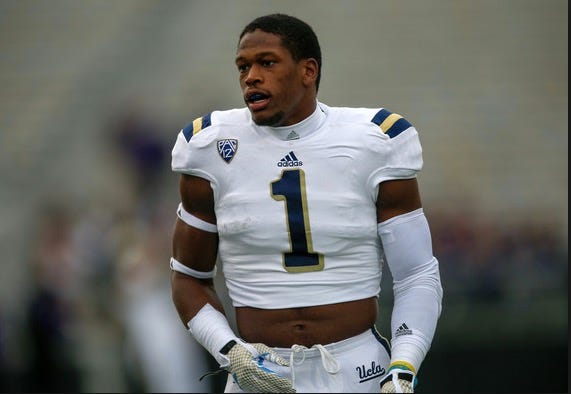 Adams was taken into custody by UCLA police shortly after 3:30 a.m. Sunday after a report that he used force to take a cellphone from an Uber driver, according to UCLA spokesman Tod Tamberg.

The Daily Bruin reported Adams is alleged to have tried to take the phone outside university police headquarters on campus.

What an offseason for UCLA! First you’ve got the parent of a new player (who just so happens to be a multimillionaire worldwide celebrity rap star) beating the shit out of your conditioning coach with a kettlebell over playing time. All over the news for that shit. 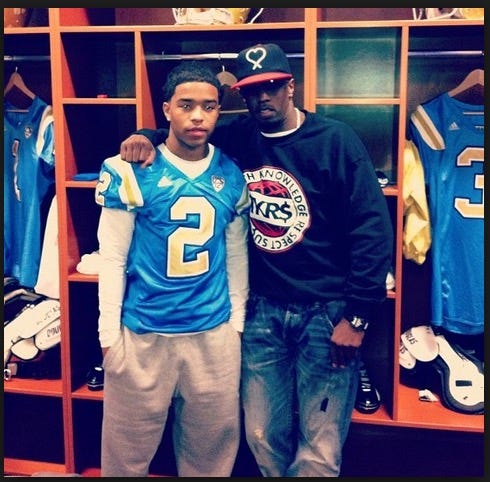 Then, when things finally die down, your starting cornerback allegedly robs a god damn Uber driver for his iPhone 6. Starting all 26 games over the past 2 seasons, leading the team in interceptions in 2013, returning two for touchdowns last year, awesome 100 yard kickoff return against ASU – now held on $100K bail in a prison cell.

And it’s especially tough for Adams because he is being attacked by Satan himself.

That’s never good. Although I guess the Uber driver could argue it’s worse to be attacked by something real, like a D1 football player, for his cell phone.

UCLA and USC in the new Battle Of California over who can have the most negative press in one offseason.