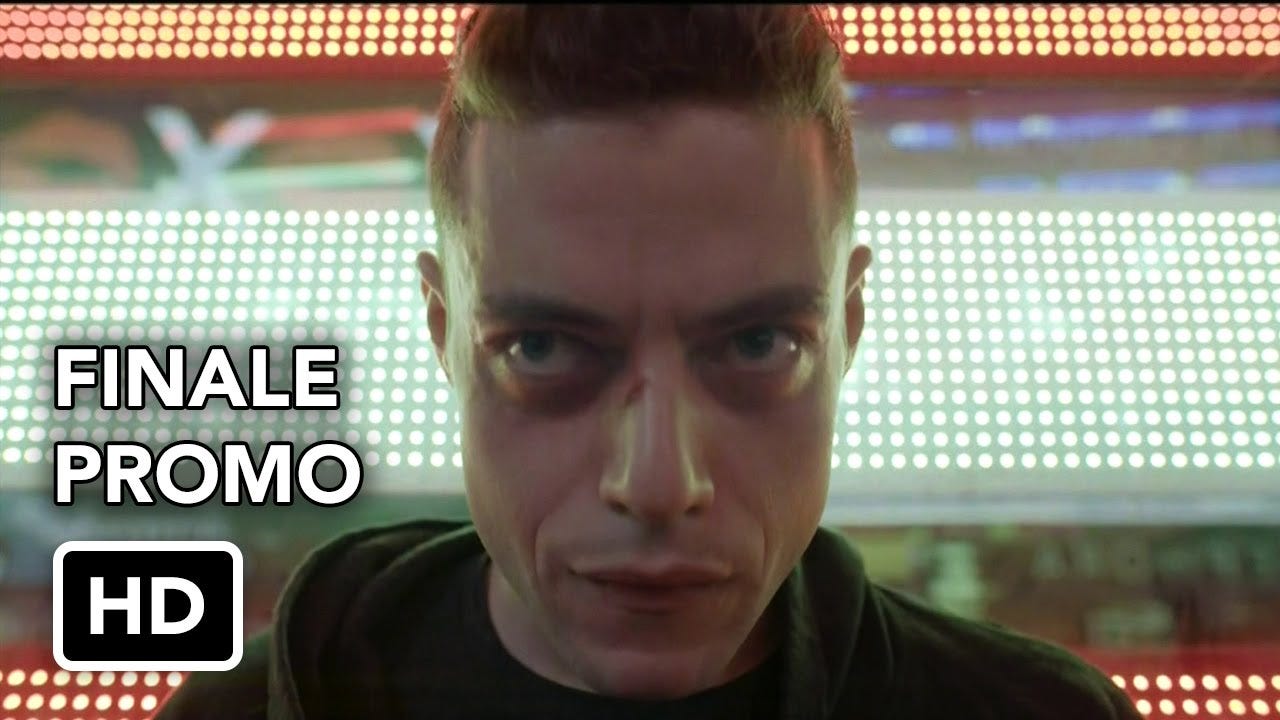 Tonight is the Finale of season 1 for Mr. Robot. The craziest roller coaster of a season of television probaby since Breaking Bad. And word on the street is down to the very last possible second, they are gonna be hitting us with more surprises. Apparently at the very end after the credits roll there will be another surprise. So, if you’re DVRing, make sure you DVR the next show at 11pm in case it runs late, or make sure you still around till the very end after the show itself concludes. We’ll see what they have in store for us.

Right now, this show has been such a mindfuck there’s no telling what they could hit us with. I dont really have any predictions because this show has been pretty unpredictable from day 1. The only thing I DO know for sure is that the gun hidden in the popcorn at the fsociety arcade is 100% going off. Its the biggest “Chekov’s Gun” since Walter White’s ricin going in Lydia’s tea. The question is, who is it for? I don’t think we’ll see any major character deaths – they’ve set up season 2 too nicely to kill off Tyrell or Angela and of course Elliot. Like I said I really dont have any sound predictions for this season finale, but I do know that gun in the popcorn was too blatant to ignore.

The previews they have been showing actually scare me a bit. It appears that fsociety is like running through the streets rioting and causing anarchy. That would be lame. It would be a complete departure from everything we’ve seen the first 9 episodes. All sly, clever, behind the scenes computer work. And now all the sudden they are like marauding the streets of Times Square? I hope it doesnt play out the way the previews show it. I got faith that it will be another fantastic episode despite all those clips. We’ll do a full recap tomorrow to cover whatever insanity unfolds tonight. Enjoy the ride.