So now we know why Jon Stewart screwed John Cena last night. He didn’t want to see Cena break Ric Flair’s 16 time WWE Championship record (it’ll be broken at Wrestlemania in April, right?). So Cena did what he had to do, and turned heel for a minute and dropped Jon in the middle of the ring.

The best thing is Jon is a natural in the ring on the mic and took a pretty sweet bump as well. I hope he sticks around, he’s a breath of fresh air and every time he’s on TV he puts eyeballs on the product. We’ll see what happens there, but they should pay him whatever they want.

And earlier in the night, THE DUDLEY BOYZ! You remember them from your childhood, they’ve been out of WWE for 10 years, and now they are back and look better than ever.

Things are looking up. Blind Mike even jumped on the Barstool Twitter and tweeted it. Bizzaro world! 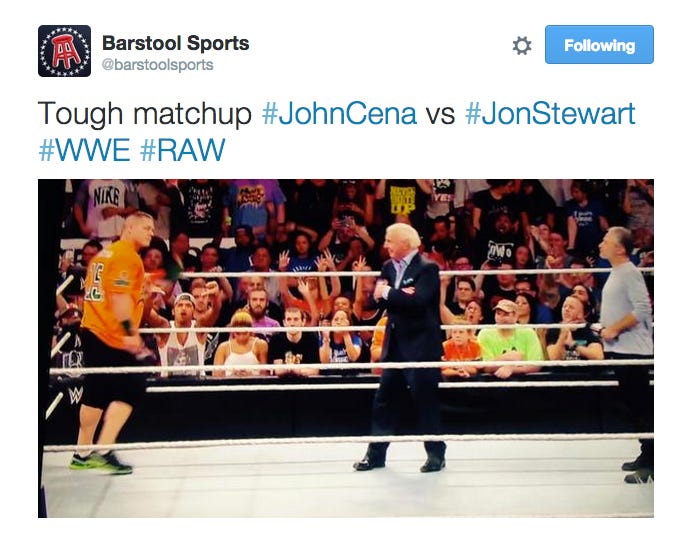