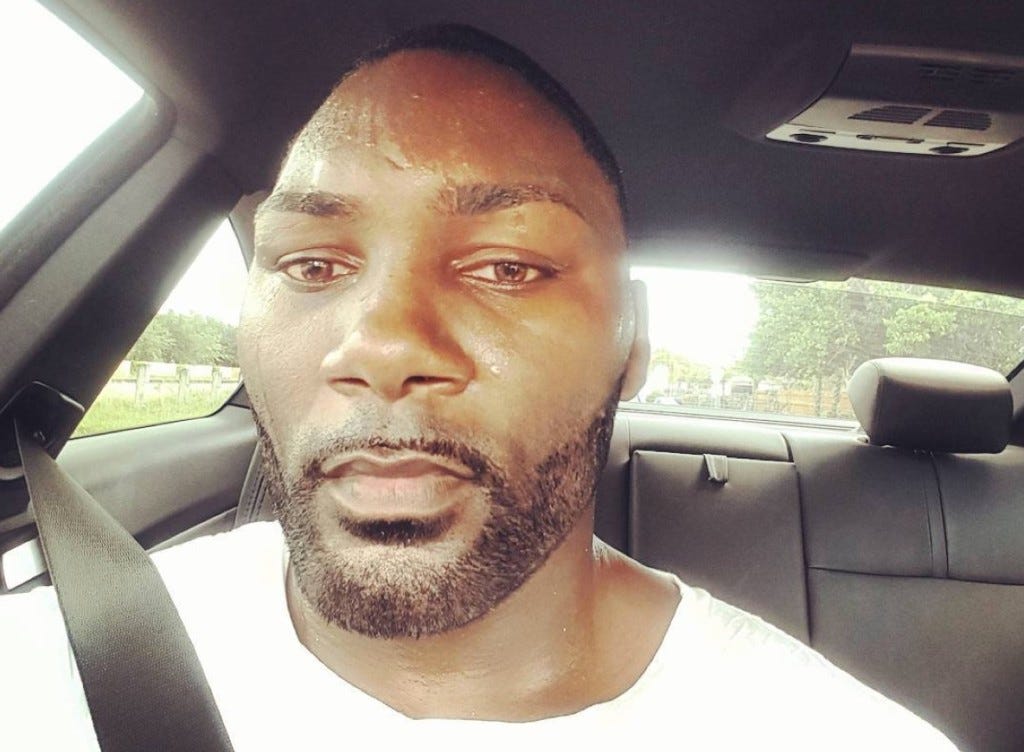 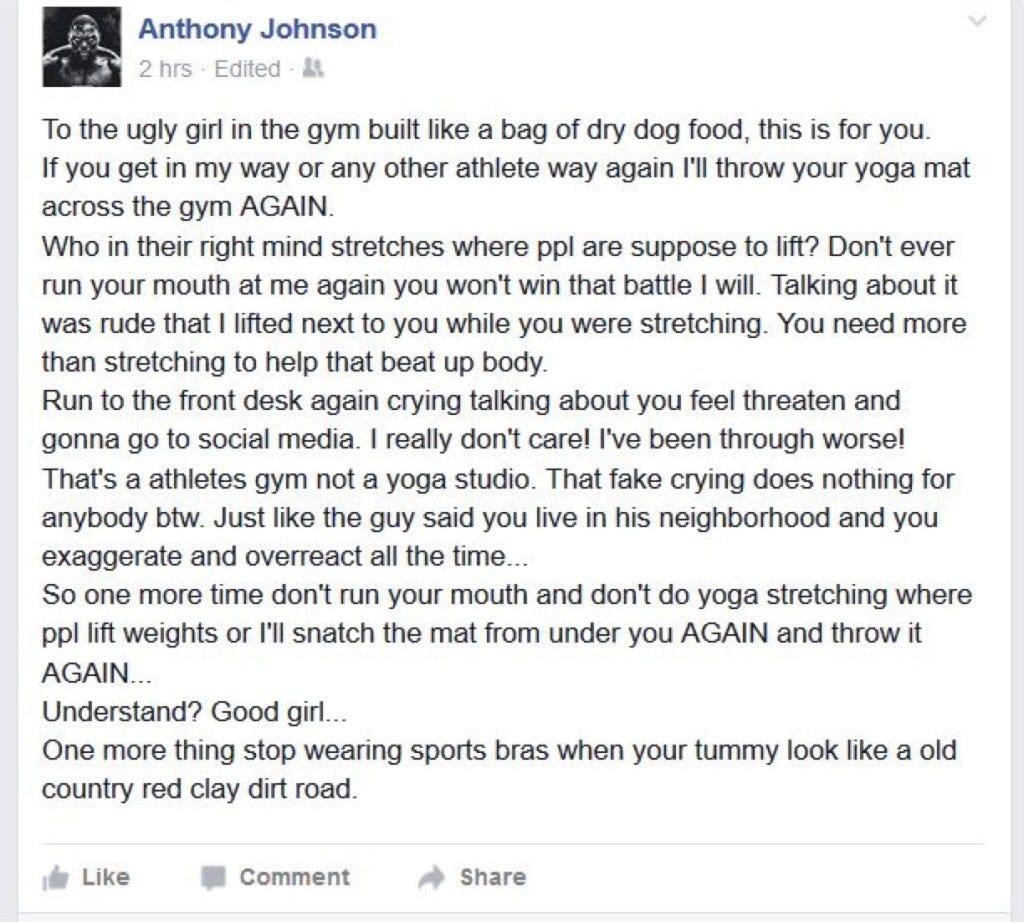 MMA Mania – No. 1-ranked Ultimate Fighting Championship (UFC) Light Heavyweight contender, Anthony Johnson, has been out of the negative spotlight since being reinstated by the world’s leading mixed martial arts (MMA) league in Nov. 2014 after a civil case regarding domestic violence was dismissed.

Earlier this week, however, “Rumble” — who lost to Daniel Cormier via submission in his last fight at UFC 187 — took to Facebook to fire off a rant at an unnamed female he referred to as “ugly girl in the gym” who had the audacity to be in his general vicinity.

I was very into UFC before they oversaturated the marketplace with pay-per-views and parity but at this point I’m more of a vaguely informed casual fan. And normally I’m of the “Guys can do whatever they want off the field as long as they’re great on it” mindset. But the more I think about it, the more I’m wondering if me lapsing on UFC is moreso just because A LOT of these guys seem like total scumbags. The nonstop suspensions for PEDs are one thing (that admittedly they’re trying to correct after years of relative apathy towards the problem) but there seem to be constant situations like Jon Jones or War Machine’s nonstop legal problems or this one with Anthony Johnson coming off a domestic violence situation thinking some super aggressive woman-hating Facebook post burying some chick for trying to stretch with him is a good move or even a good thing to do as a human. I get relatively speaking that MMA is a new sport without the infrastructure NBA or NFL players have coming up but it’s unreal how many of these guys seem like criminals at worst and douchebags at best.

At what point do these guys realize that this is an actual business? Maybe you have to be wired to the brink of being psychotic to be great at MMA but that doesn’t mean you have to be a maniac outside the octagon. HBO says the rate of MMA fighters getting domestic violence raps is DOUBLE the rest of society. Throwing some poor chick’s yoga mat around because she’s trying to get in shape at a gym is some asshole bully shit and an awful look, especially given the shading of previous domestic violence situations. But presumably no one would have even known about it if he didn’t go on Facebook and broadcast it to the world…that’s just stupidity and is a perfect example of how much these guys just don’t seem to get it.

Guys/girls like Conor McGregor and Ronda Rousey who talk shit, conduct themselves like professionals, and back it up are great and deserve all the success and mainstream attention coming their way. But it seems like there are way more Anthony Johnsons out there in MMA and if Dana White is even half the promoter he gets credit for being, at some point the shit has to stop so some of us can enjoy the sport again.