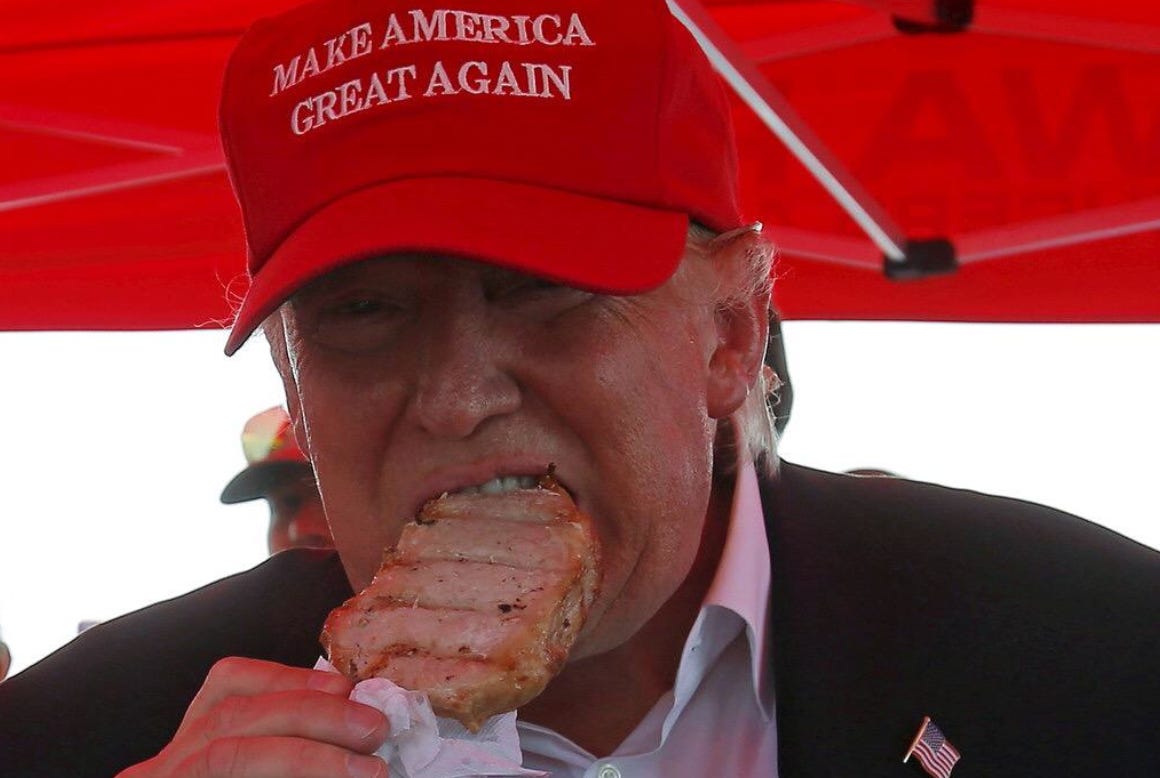 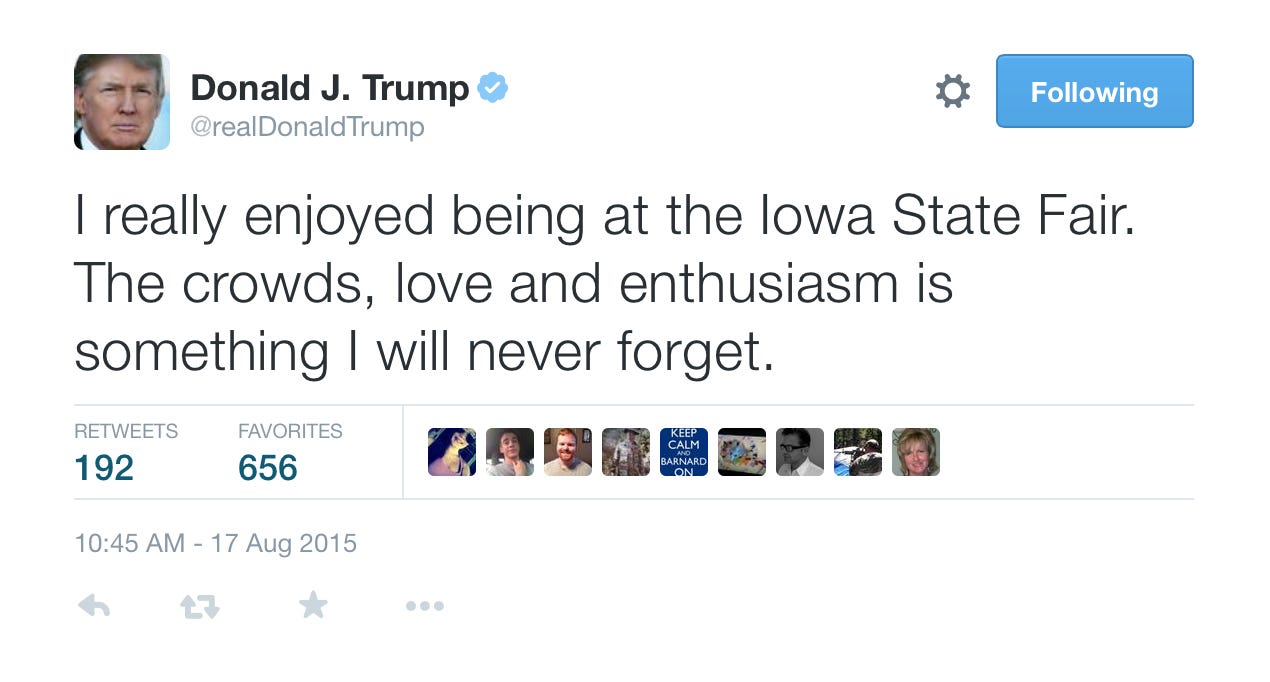 NYDN- Donald Trump’s campaign took its latest comic turn on Saturday when an Iowa boy who was riding in his helicopter piped up with a question. “Are you Batman?” William Bowman asked the Republican frontrunner during the free ride for Des Moines area children. “I am Batman,” Trump told the 9-year-old, according to CNN. William, his two younger brothers Sean and Brendan and his mother Sarah Bowman joined a lucky group of kids who took a spin in Trump’s customized Sikorsky S-76B half a mile from the Iowa State Fair. The 69-year-old billionaire and grandfather had arrived to the fair in the $7 million helicopter. Trump gave time to ask him anything before the ride outside the fairgrounds, but he didn’t face the tough questions of the fair’s customary soapbox.

And just like that, the presidency was locked up. Everybody else can go home now.  It’s over.  It didn’t happen at a debate.  It didn’t happen because of a some brilliant mud slinging campaign commercial.  It didn’t happen at a snobby fundraiser. It didn’t even happen at an election.  It happened at the Iowa State Fair and that’s how it should be.  Donald Trump should start moving his stuff into the White House right now. Anybody who’s anybody knows that if you want to become president of the United States of America that you need the state of Iowa on your side.  You just do.  We’re the middle of the map.  We’re the majority.  We kept Jay Leno’s ratings high, we kept The Big Bang Theory on the air and we elect your presidents.  Do not fuck with us.  And Trump has done exactly what he had to do.  He embraced us and pretended to be one of us.  It’s simple, really.  We’re not that hard to please.  All you gotta do is wine us, dine us, munch on a pork chop on a stick and tell a small child that you’re Batman.  Boom, you’re president.  Hilary was in town this weekend too.  Did she convince anyone she was Batman?  Did she give out free helicopter rides to children?  Didn’t fucking think so.  So congratulations, Mr. Trump. The big chair is yours. Congrats.