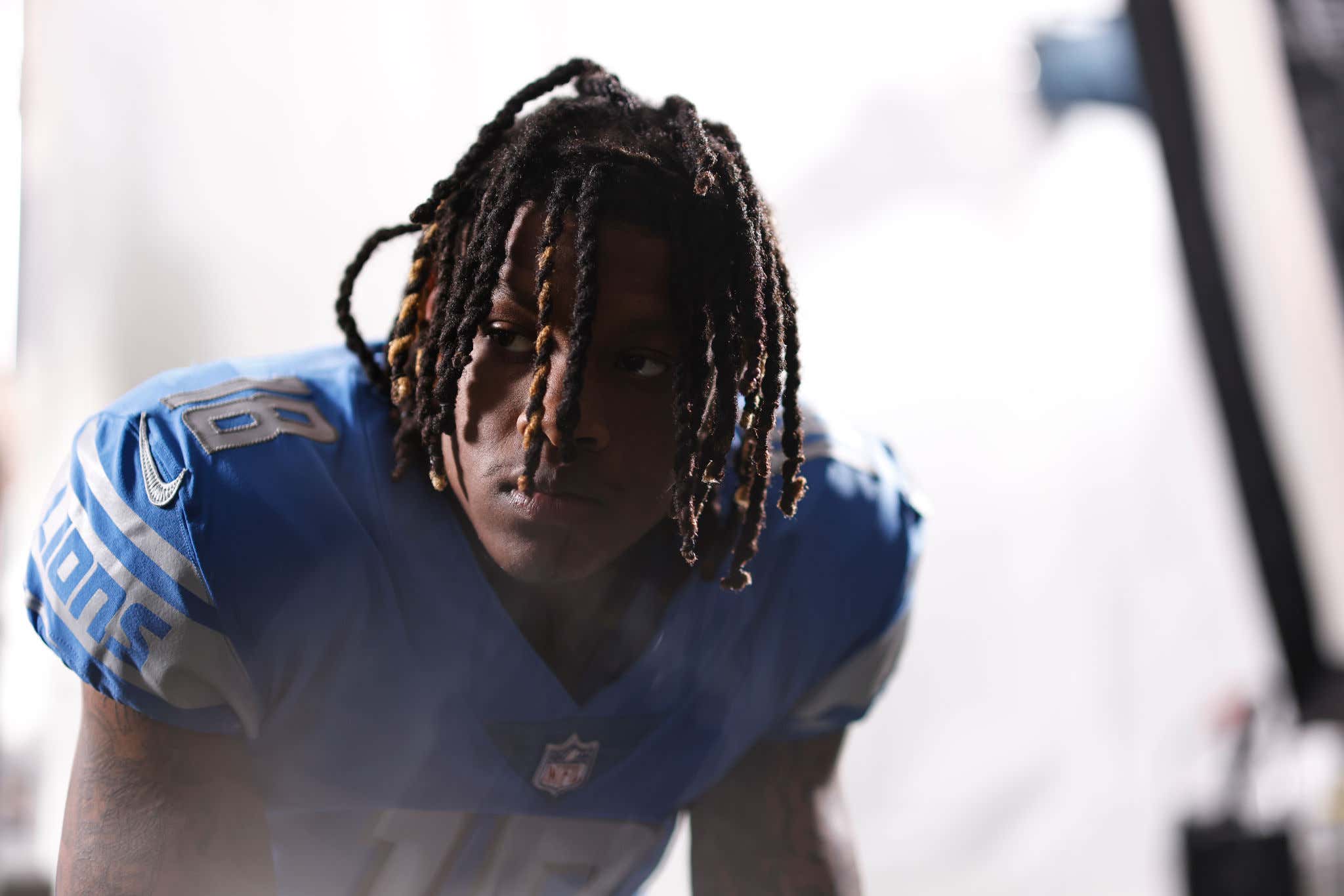 How much of a game-changer is Jameson Williams? This is a guy who the Detroit Lions traded up from 32nd to 12th overall in this year's draft to get him, even though he tore his ACL in the national championship game and was in danger of missing his entire NFL rookie campaign.

Remember all those dudes on the Georgia defense who got drafted and the several other prospects who'll follow them in 2023? Yeah, Williams was doing shit like this to the Bulldogs before he went down (the highlight below was from the teams' first matchup in the SEC title game to be clear):

Talk about turning on the jets. But Williams isn't just some one-tricky pony speedster. While that part of his game is undeniably elite, what made Williams such an intriguing prospect was his ability to leverage his speed and agility and still execute extremely well as a route-runner.

Look at this poor Mississippi State defensive back doing his best to respect Williams as a deep threat, only to get absolutely cooked as Williams sinks his hips, stops on a dime to make the catch, and turns up field for a huge explosive play:

Mere days ago, it was pretty clear Williams was confident he'd return to the field soon enough, and it looks like that's coming to fruition very soon here:

Fellow receiver DJ Chark is already throwing around words like "superstar" to describe Williams before he takes an NFL snap:

Unclear what sort of role Williams will have for Sunday's game against the Jaguars in Detroit, if any. The Lions have been understandably cautious with him as he's continued to rehab and work his way back to full health. What a hell of a spark Williams could provide, though, as a true vertical threat for Detroit's Jared Goff-led passing attack.

Goff has actually played better than expected this year, thanks in large part to the job new play-caller Ben Johnson has done. Second-year wideout Amon-Ra St. Brown is an excellent possession receiver and a reliable high-volume target, yet Williams brings a far more electrifying element to the Lions' group of pass-catchers.

While I wouldn't expect Williams to command a double-digit target rate right out of the gates, he might be worth stashing on your fantasy bench if you're seeking help on the waiver wire.

It would only take about three catches and some savvy play design by Johnson for Williams to capitalize and likely make his first trip to the end zone as a pro. That's how special this 21-year-old phenom is. Enjoy a fuller highlight package from Williams' final college season at Alabama, where he transferred from Ohio State's loaded receiver room and proceeded to put up 79 catches, 1,572 yards (19.9 YPC) and 15 TDs.