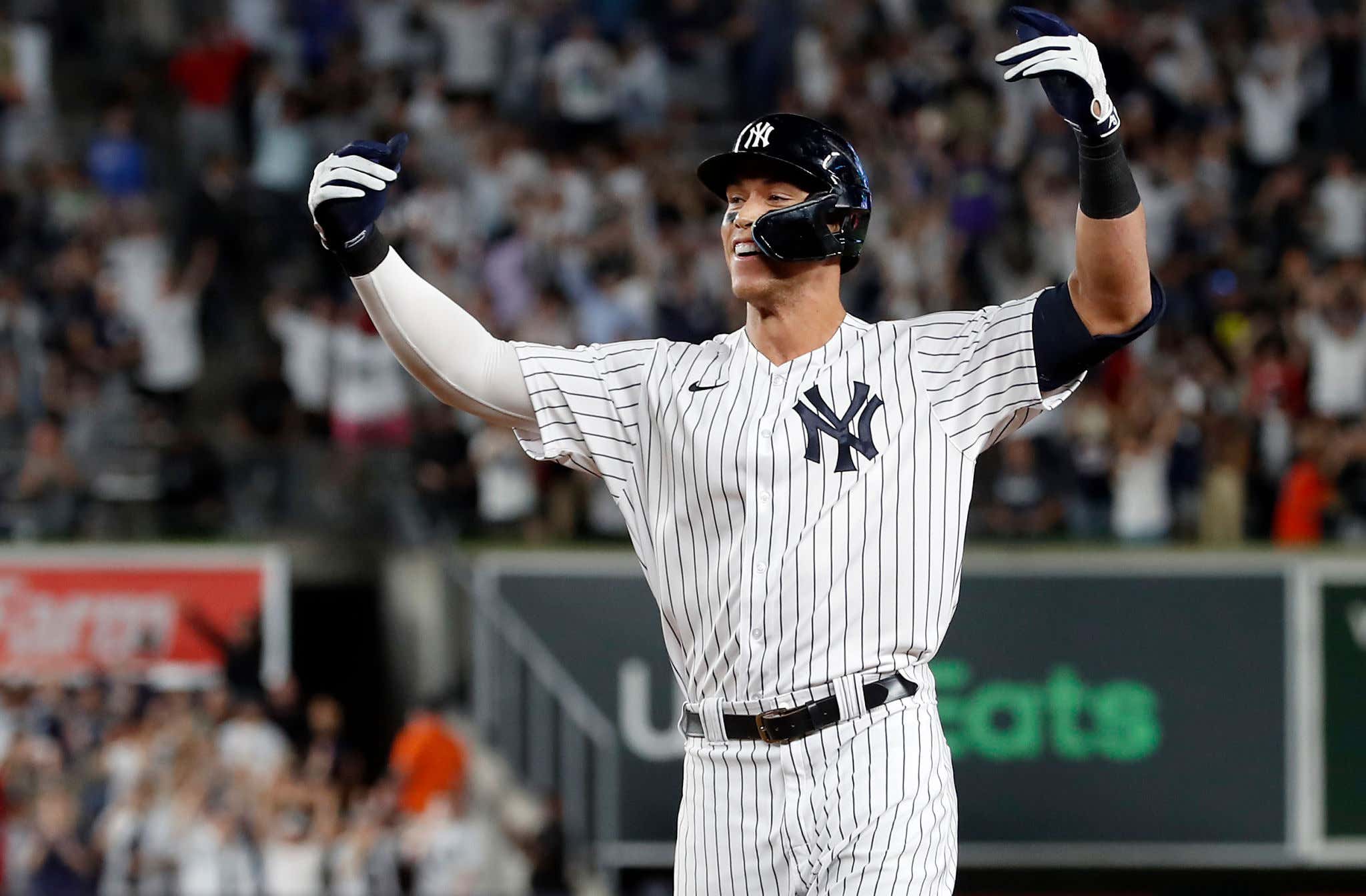 If you had a working pair of eyeballs and watched baseball this season you knew tonight was a mere formality. I mean Aaron Judge was always going to win the MVP. The numbers did the talking.

28 of 30 first place votes with the only two outliers being LA writers. Ben Verlander in shambles.

The impact Aaron Judge had on this team all season could not be replicated by anyone else. Take Judge off the Yankees in 2022 and they probably don't make the playoffs. With him they won 99 games and the AL East title.

It was a dream season from a man who decided to bet on himself. Judge turned down a $200+ million extension offer from the Yankees because he knew he was worth much more. Not sure anyone has ever had a bigger contract year in sports history. He'll surely see that first number start with a 3 when he signs the bottom line of his new deal.

Fucking awesome for Judge to finally get his MVP. Say what you want about the postseason, but that man carried them to even get there. This should be his second MVP honestly, but Altuve stole that shit. Regardless, what a season and some well deserved hardware coming with it.

Now all that's left is for Hal to open up the checkbook, put his money where his mouth is, and secure this behemoth for the rest of his career. Slap a C on his jersey as well while you're at it.

We'll close the blog with every single one of Judge's 62 homers.