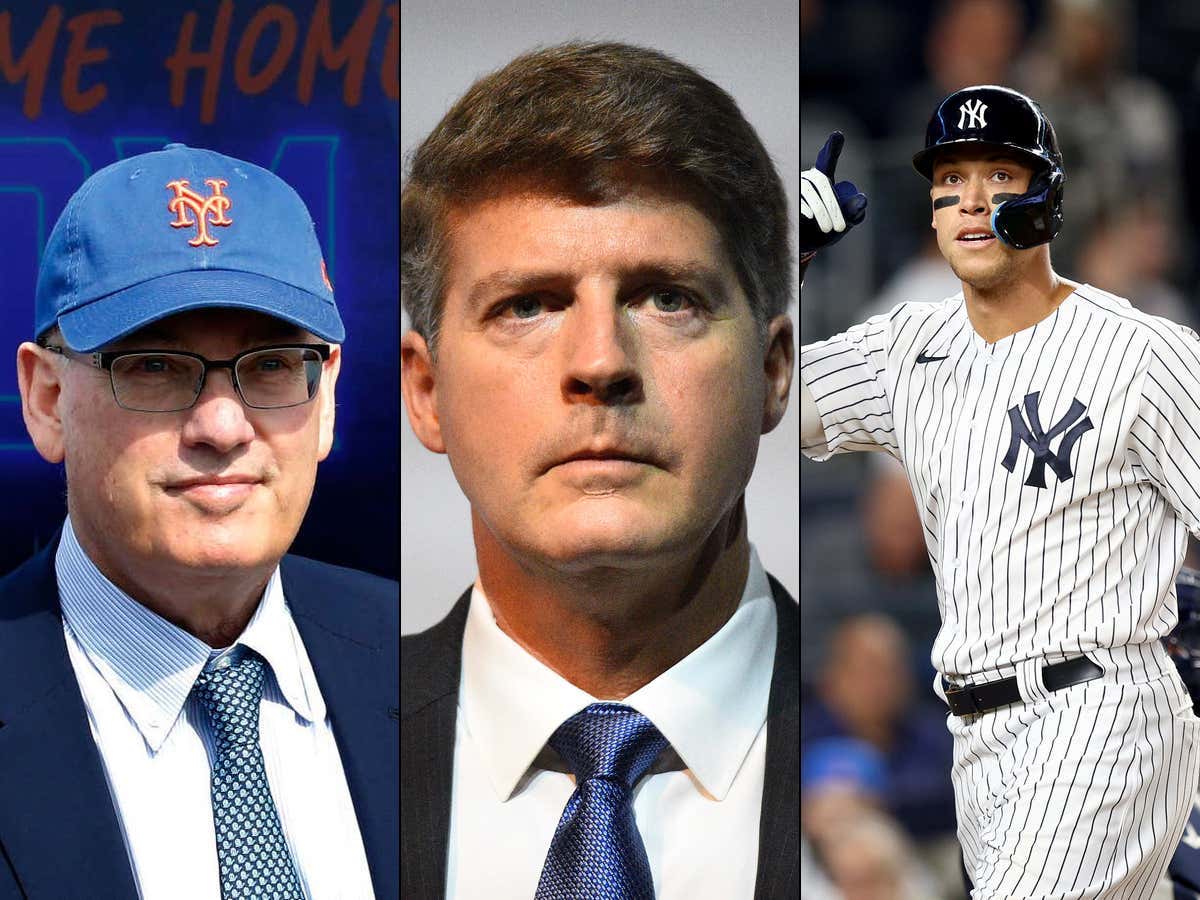 An article published on the Mets’ television network’s web site Nov. 3 said the Mets would not bid against the Yankees for Judge. Details in the story caught the attention of the Players Association, which asked the Commissioner’s Office to investigate whether improper communication occurred between the respective owners of the clubs, according to sources briefed on the situation.

Late last night MLB announced that they're investigating the Yankees and Mets for their part in Aaron Judge's on-going free agency. Now you may wonder, with Judge unsigned in the early stages of the offseason, how could there possibly could be anything to look into. Well funny you ask! An article posted two weeks ago by the universally hated Andy Martino of SNY revealed a "respectful" relationship between both Yankees owner Hal Steinbrenner and Mets owner Steve Cohen. Because of that respect, it's believed Cohen won't dabble into the Judge sweepstakes.

Here's a little from that article

It was a reasonable topic to wonder about then, and remains so today. But the truth of the situation also remains unchanged: On that day, Mets sources said that they did not plan to fight the Yankees this offseason for Judge. With free agency set to begin next week, that has not changed.

Talking to Mets people about this all through the year, the team in Queens sees Judge as a Yankee, uniquely tailored to be an icon in their uniform, stadium and branding efforts.

First of all, Andy Martino being the root of an MLB investigation that potentially holds consequences for both the Yankees and Mets makes my head want to explode. This fucking guy? The dude almost no one in the tri-state area respects anymore has placed himself in the middle of this bullshit? Cohen is gonna kill him.

Now to be fair, this story isn't anything new. Jon Heyman reported a similar thing back in April.

Here's what's going on. The MLBPA wants Aaron Judge to get the most money humanly possible. In a perfect world that means having every single organization bidding for his services, especially the Yankees' cross-town rival. When you get articles written by both local and national media saying that the richest owner in baseball isn't going to pursue the biggest bat in free agency because of a "mutual respect" for that player's owner that'll cause some ears to perk up. You see Heyman's article and think a lot can change from April until the offseason. You read Martino's from a few weeks ago and think potential collusion.

Let's try to make sense of this. Why would Steve Cohen, the owner of a team that could use a big bat, call off his horses just like that? I believe it's been reported and talked about how Hal was pretty accepting and supportive of Cohen coming into the league as an owner. Could there been a sign of respect from that moment til now that would make Cohen pull his punches?

The big question here will be whether any of this is in writing. Could texts from Hal and Steve incriminate one another and cause MLB to come down with some sort of penalty? If guilty I guess they could levy a heft fine and dock some draft picks. Seems impossible to prove unless these two were dumb enough to text about it.

What I don't need to happen is Cohen to see this happening and to all of  sudden offer Judge $400 million because he has more money than God and could do that just for fun. Absolutely fucking not.

P.S. The other part of this article has to do Astros owner Jim Crane potentially influencing Justin Verlander's market by openly saying he's seeking a Scherzer type deal along the lines of three years $130 million. Since firing his GM and assistant GM we've seen Jim Crane quickly morph into Jerry Jones. I'm so interested what they do this offseason with Crane calling all the shots.