I have a confession to make. My reaction in this video was not sincere:

The truth is, I was hamming it up for the camera. I don't try to come off as some football savant - I'm far from it - but I did NOT like Justin Fields pro potential after watching him in college. Actually, it wasn't his college career as a whole. It was Fields in the Big 10 Championship game against Northwestern in 2020. Northwestern stuffed him both on the ground and in the air: 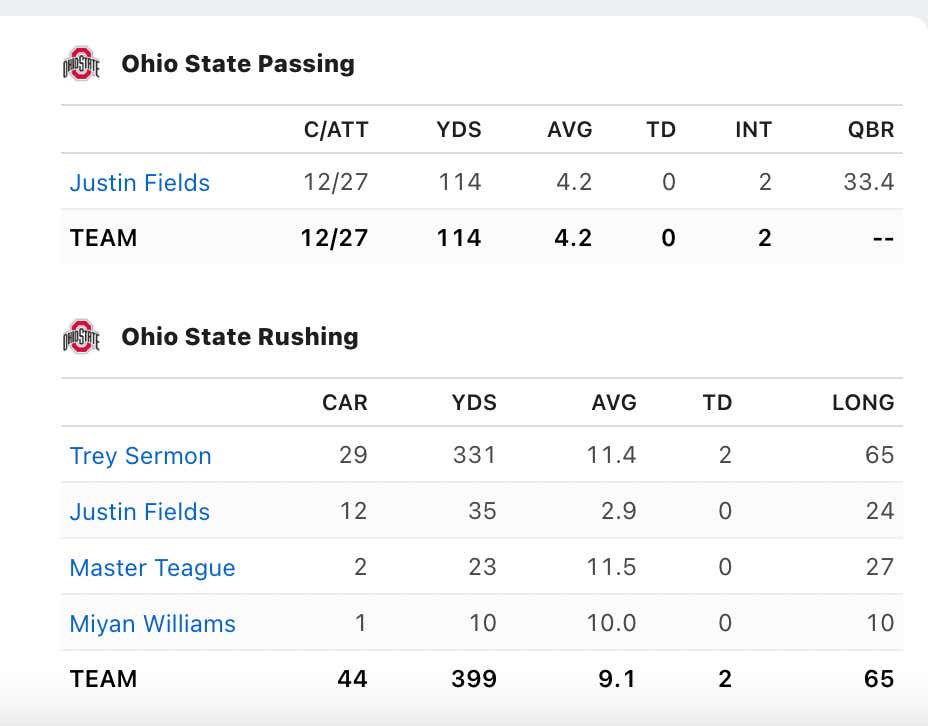 Sure, NU sold out on stopping Fields which allowed Try Sermon to run for a billion yards, but nevertheless, Fields was shut down. It was enough for me to think Justin Fields might stink in the NFL. I even verbalized that take:

But the Bears ended up drafting him 4-5 months later, and I was left giving a disingenuous reaction solely because I didn't want to be the biggest wet blanket in the entire City of Chicago. I don't like yucking peoples' yums. With that said, I was willing to give him a shot, especially considering I don't know the first thing about projecting NFL talent.

Hands clean! Let's ride. Obviously the dude is a freak athlete. Obviously he's got an arm. Obviously has all the "tools" that made him almost a top 10 pick. Whether or not that translates to Fields' developing into a top 10 NFL QB remains to be seen, but the tools you die to work with were all there in abundance.

But then he stunk. I don't think that's some hot take, the dude was BAD for a long enough time to make me declare him a "b" word.

And thennnnnnn the Bears played the best team in the division, the Minnesota Vikings in late October…and Fields looked good. Not great, good. He was on time throwing the ball and Getsy looked to be molding the offense to his skillset. Hmmmmmmmmm okay. It was enough to pique my interest:

We won't talk about the Washington abortion, but instead will shift to the next 3 games:

Fields went from being a complete liability as an offensive weapon 3-4 weeks earlier to becoming perhaps the BEST offensive player on the field in those games.

Dude's legit setting records right now with runs like this:

Now do I think this type of offense is sustainable? I'm not sure, but I definitely have my doubts. Nevertheless this is INSANELY fun to watch right now. I just turned 34 and the Bears have never once had a rebuilding team that had a high powered offense and dog shit defense. Yeah, the team is bad right now but it's "fun" bad. It's wild how much I'm enjoying the Bears right now. It's like watching a Big 12 game right now and Fields is making a push for the Heisman.

He's done enough for me to shift from the "Fields sucks" camp to firmly planting my flag in the "I think he'll start moving the ball in bunches through the air once he has legit weapons next year" camp. As it looks right now, that's not crazy. He's done an awesome job of limiting his stupid fucking throws in the last 4-5 weeks. Instead of forcing the ball through the air, he's tucking and running, and nobody can catch him.

Credit to me for admitting I was wrong. Hopefully. New Red Line Radio is live: