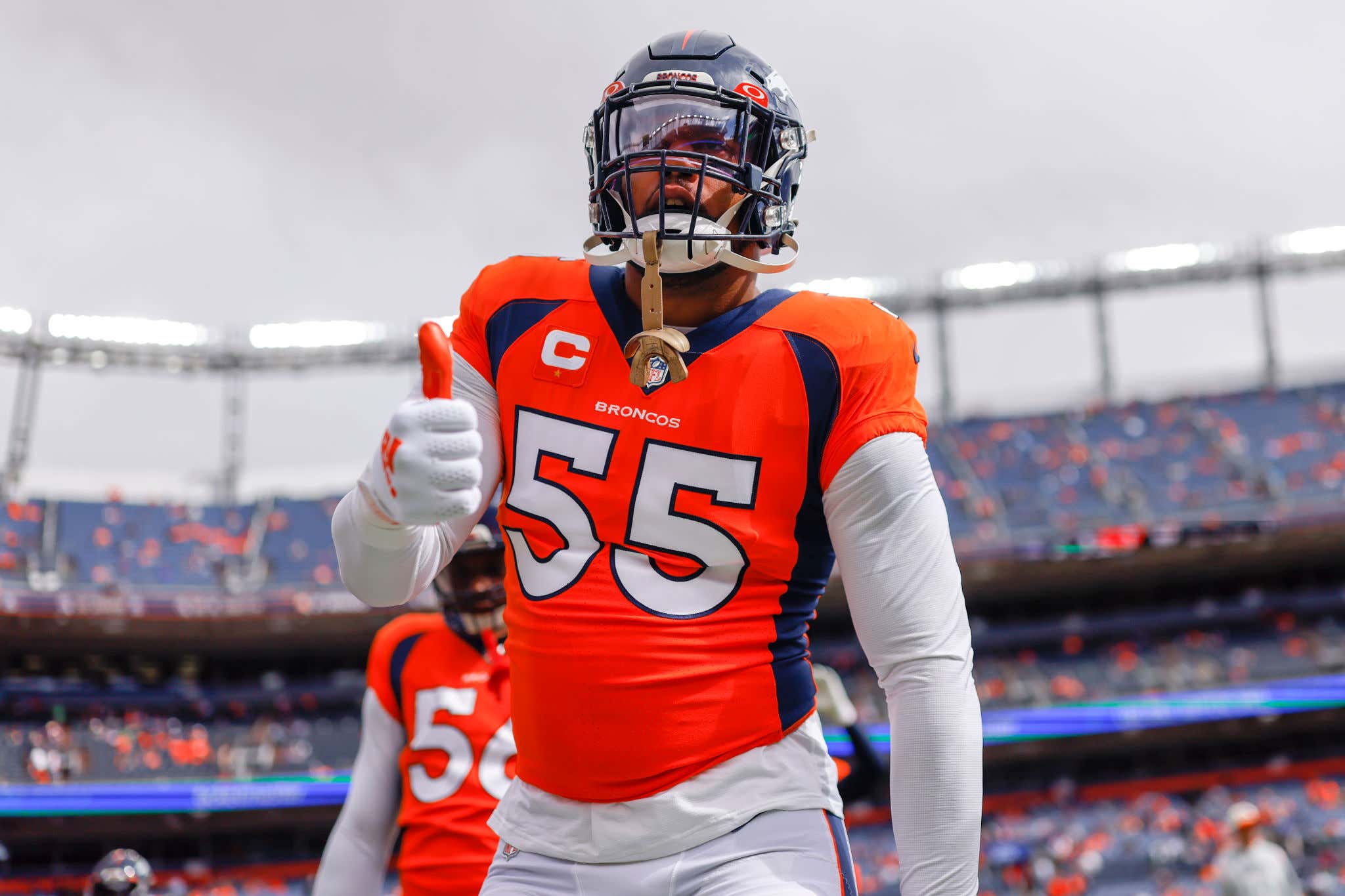 The last time I remember caring a ton about Bradley Chubb was when he was coming out of NC State in the 2018 NFL Draft. He wound up going fifth overall to the Denver Broncos, and it seemed like pairing an EDGE prospect as clean as Chubb with Von Miller was about to wreck opposing quarterbacks for years to come.

Didn't really work out that way. Chubb had 12 sacks as a rookie, seldom shared the field with Miller thereafter due to injuries hampering both players, and now the more youthful of the two is taking his talents to South Beach to strap up for MIKE MCDANIEL AND THE DOLPHINS BAY-BEEEEEEEE.

Given McDaniel's previous pleading with GM Chris Grier to trade for Tyreek Hill in the offseason, I wouldn't be surprised if he had major influence over getting this deal done. Same goes for defensive coordinator Josh Boyer, who could really use the help personnel-wise.

Miami has dealt with a mind-boggling amount of injuries this season. Whether it's the offensive line, the defensive backfield or, you know, losing the NFL's leader in passer rating Tua Tagovailoa for the better part of three games, the Fins have been through some shit. They're 5-3 nevertheless. And now they appear to have a dynamic defender in Chubb who's flashed the ability to be a blue-chip pass-rusher.

Between still-ascending 2021 first-rounder Jaelan Phillips, Emmanuel Ogbah and now Chubb, it feels like Miami has three legit dudes who can get after the opposing quarterback. It's pretty obvious why they made this move. Tua's elite level of play and how stout the Dolphins have been in critical moments throughout the 2022 campaign have Miami believing it can hang tough in the postseason. When you're facing opposing QBs like Patrick Mahomes, Josh Allen and Lamar Jackson among others, you can't have too many guys to harass those superstars.

With 5.5 sacks through eight games with the Broncos, Chubb has to feel refreshed to get the fuck away from the Nathaniel Hackett-led dumpster fire that's occurring in Denver right now. Going from corny-ass Russell Wilson to stone-cold baller Tua Tagovailoa as your quarterback has to feel damn good, too.

I can see why the Broncos made this move. They're in a bit of trouble. Guys are having a tough time buying in with that whole Russ-Hackett dynamic. Chubb likely was going to seek a new destination in free agency as it was. For Denver to not only snag a first-round pick, but a tailback in Chase Edmonds who fills a position of current need a well? Not a bad haul.

In a follow-up move, it comes as little surprise that McDaniel, a longtime 49ers assistant, sought out Raheem Mostert insurance by pounding the table for Jeff Wilson until a deal got done.

Wilson should provide an upgrade over the drop-prone, inconsistent Edmonds, and arrives in Miami with a keen understanding of McDaniel's system. You couldn't find a more perfect fit.

Speaking of San Francisco, to bury this information too far down for dramatic effect, but holy shit. Remember that Trey Lance trade the Fins did with the 49ers? HAHA. Too early to call but we may have a runaway winner in that deal…