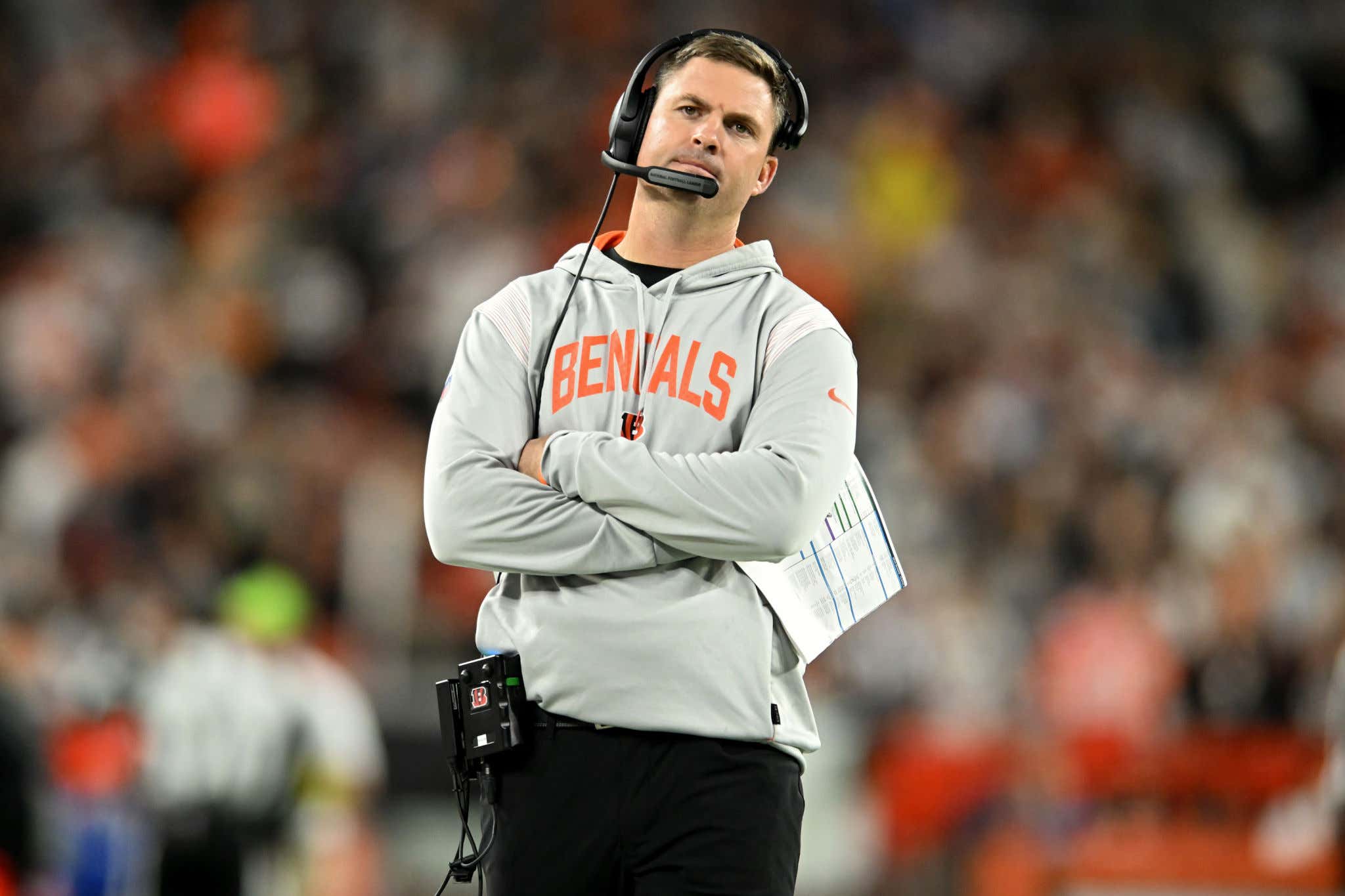 I won't understand anytime soon why the football gods have all of a sudden decided to empty their divine nectar-filled bladders and projectile shit ambrosia diarrhea all over the Cincinnati Bengals and the team's fan base of late. It's like, really? You're gonna embarrass us in primetime against a Browns franchise with the specter of predatory quarterback Deshaun Watson looming over them?

Why do the forces of the football universe decide to reward the Cleveland Clowns in a Monday night showcase for the nation to see whilst injuring yet another of the Bengals' best players in No. 1 cornerback Chidobe Awuzie?

I'll chalk it all up to bad Halloween vibes. I was feeling them all night long. That little chill running up my butthole and spine that something terrible was afoot.

These were my thoughts even when the score was 8-0 Cleveland.

In part because this is how the Bengals' first possession ended:

I mean god the fuck, right? How many times do you see a tipped ball at the line of scrimmage still get through, bounce off a wide receiver's hands, and conveniently into the waiting arms of a defensive back? Nine times out of 10 the ball falls harmlessly to the turf. But this is the 2022 Bengals we're talking about here. Any critical situation where it's a matter of inches, Cincinnati has gotten the shit end of the stick the vast majority of the time. That's just how the season's gone.

People gonna keep saying last year was a fluke. Maybe they're right. I still don't personally believe that. Hurts not to have DJ Reader up front to stop the run, and uh…turns out, that Ja'Marr Chase guy's presence is pretty vital to the offense looking like a functional unit.

OK now that I've gotten all the alleged bad Bengals bullshit and scornful, hateful football gods bit out of my system, I'm not sure any amount of divine intervention was going to stop the Browns from winning this one. Joe Burrow has never beaten Cleveland. Zero wins in four starts. I don't get it.

It's baffling that so many Browns fans are calling for defensive coordinator Joe Woods' head on a spike at the end of damn near every single game, yet Zac Taylor can't come up with a competent enough plan to outfox this guy. Seems EVERYONE ELSE IN THE LEAGUE CAN, ZAC.

Anyway, once the momentum shifted toward the Browns' side, there was no stopping them. I figured once the Bengals couldn't take a lead in the aftermath of this sequence, it was pointless to get too animated and scream at the TV when things inevitably went to shit.

Whenever Cleveland gets out to a decent-sized lead, they can pretty much rely on Nick Chubb (over 100 yards, two TDs) to carry them the rest of the way…unless they're playing the Jets. Sorry that was a cheap shot. Couldn't resist. Lord knows the Bengals can't finish off a close game in 2022, LOL.

I don't disagree with the Browns' social team here, at least in the tweet's text itself:

But yeah, Joey B. was under duress all evening. Sacked five times. Myles Garrett was a waking nightmare. Had that whole Vecna Stranger Things costume going on for Halloween, which I appreciate.

Good for you, Myles Garrett. You're a supervillain and you cannot be vanquished. Myles was a key part of the lost fumble Burrow had when Sione Takitaki poked the ball away:

Based on how much of a blowout last Sunday's game was and how Burrow threw for nearly 500 yards, I did except somewhat of a letdown. Still, a win was a very reasonable expectation. Or so I thought. Given the bad start to division play and how vital it was to get this "W", I had confidence Joe Brr was gonna make it happen.

Nope. The Bengals are now 0-3 in the AFC North. They're a full game behind Baltimore for first plus the head-to-head tiebreaker. Oh by the way, as you may know as a reader of this, the Ravens just traded for star linebacker Roquan Smith. They're about to be even more of a problem. SHIT.

More negatives on Cincinnati's side (apologies): Joe Mixon had 27 yards on eight carries, and 32 yards on seven catches. Woof. All-world kicker Evan McPherson was wide right on a 47-yard field goal on Cincy's last first-half possession and sliced an extra point right of the uprights as well. The defense's streak of allowing zero TDs in the second half this year got snapped as Cleveland got to the end zone thrice after the break.

I wish I knew why Cincinnati doesn't go uptempo on offense more often. You know, slow down the opposing pass rush, give Burrow more autonomy over what to call, keep the defense on their heels…and if you wear out the opposing front, hey, maybe you can enjoy some semblance of a running game!

Ugly, disgusting, embarrassing defeat on a big stage. Bury the tape. Down bad. Take this one on the chin and please be better, Bengals. That shit was pathetic. Losing to opposing QBs Mitch Trubisky, Cooper Rush and now Jacoby Brissett within the first eight games is not something many of us Who Dey Heads anticipated.

I think I speak for most fans in saying that I feel almost punch-drunk from the nausea of bitter disappointment this team has continued to provide for the vast majority of the 2022 season. At least I wasn't 100% unprepared for it.