First and foremost, Ditka for Commisioner/President. When he dropped this face as soon as Hannah brought up “filming practices” I knew he was my guy. 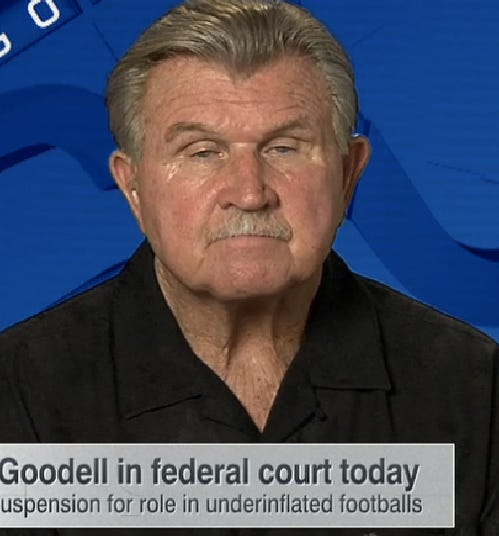 Ditka gets the game. He knows what matters and what doesn’t. Deflated footballs? Nonsense, Tom Brady doesn’t need it. The Patriots? A beacon of light in a stormy league. Filmed walk thrus and taped from the sidelines? That’s part of the game. Still gotta stop it.

And Hannah? Oh, Hannah. When idiot sports fans bring up the “filmed” walk thrus I just roll my eyes, tell them bless their soul and that they’re lucky to be so ignorant. But as a sportscaster? Come on, let’s live in the realm of reality. Let’s do a quick once over of the facts before we go on ESPN and do an interview about cheating. Did we film sidelines? Sure. Maybe we looked at the same stuff 30,000 other people could look at. But film practices and walk thrus? Nope, that’s been proven false time and time again. Throw me a quick Google search before we hit the air. 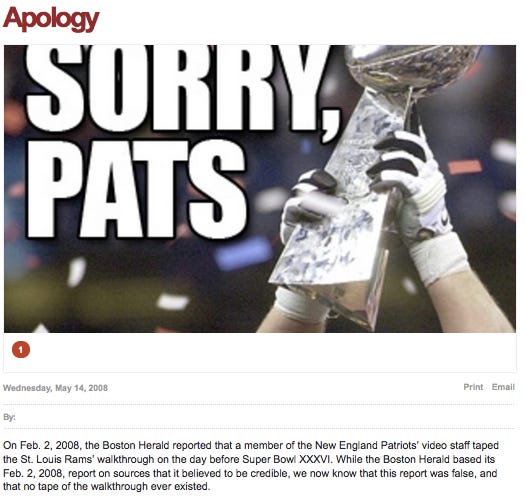 PS – I’d forgotten about how nonchalant the Herald was with their apology. That “Sorry, Pats” is such a fucking slap in the face. Like “no big deal, just started a national shitstorm over a bad source. Our bad.” Sound familiar?