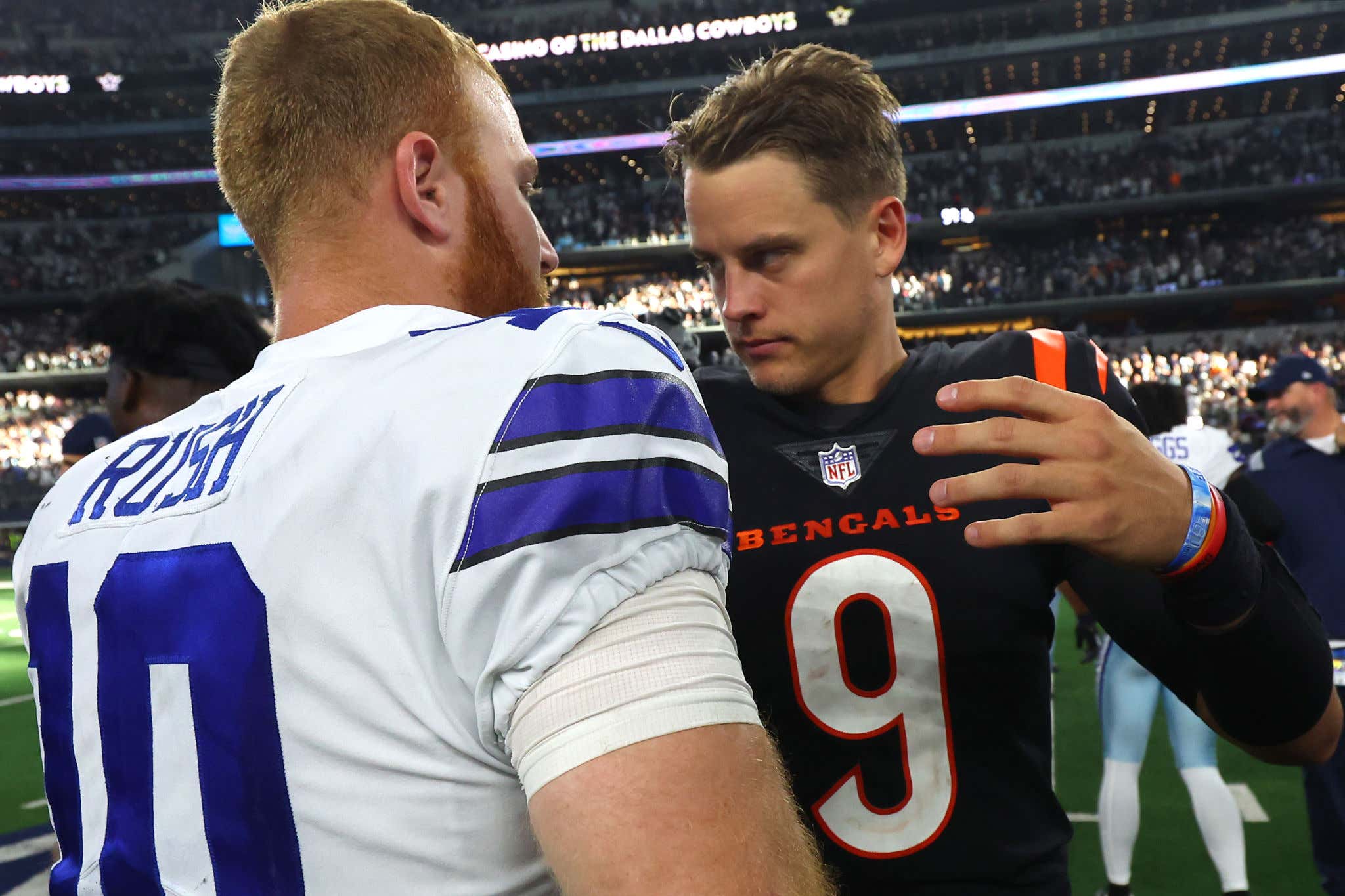 There's no way to sugarcoat this. The Cincinnati Bengals have played well enough on defense to be 2-0. They are 0-2 because their offensive line still sucks, and Joe Burrow clearly isn't himself coming off that appendectomy. Sorry that's just reality. Anyone with eyeballs can see this.

Joey B's wheels are just fine. His ability to make plays with his legs has been a saving grace for an offense that's struggled to run the football consistently. More dismaying is the lack of zip on Burrow's throws compared to last year at this time. I imagine the incompetent pass protection has contributed to the dearth of downfield opportunities, yet the Bengals were just fine bombing it deep in 2021 despite how bad the blocking was. It's just been a bad product on the field. Unthinkably bad.

Not taking anything away from the defensive units the Steelers and Cowboys have. it's just that, holy hell, with all the favorable positions Cincinnati's D has put the offense in, I can't believe how much the Bengals have struggled.

Seriously the headline pretty much tells the story of the team's underachievement to date in 2022. Joe Burrow is the quarterback, and has no business losing head-to-head with Mitch Trubisky and especially COOPER FREAKING RUSH. Are you KIDDING me!?!? What a carnival.

I have some understanding about how fatigue might've been a factor from the OT loss to Pittsburgh. Nevertheless, letting Cooper Rush march down the field on you after you control time of possession in the second half is pretty pathetic any way you slice it.

However I will say you can't really fuck with Cooper Rush apparently no matter who you are.

I'm starting to wonder about Zac Taylor as a head coach on a number of levels. The play calls seem stale. Even from a fan's perspective, it seems obvious when the Bengals are setting up to run or pass. Easy to diagnose pre-snap. Play-action is curiously absent from the game plan. I know the run to Super Bowl LVI was a grind, yet now it feels like maybe the offseason program was a little too light and belated to be prepared for this season. Hindsight is 20/20. Still, that may be part of the sluggish 0-2 start.

Speaking of slow beginnings, this is a trend under Taylor that's carried over from last season. The Bengals can't keep digging themselves holes like they did last week and again this Sunday, as they trailed Dallas 17-3 entering halftime.

Six more sacks on Joe Burrow today. The hits are piling up early. Only three teams since 2008 have missed the playoffs after losing the Super Bowl. Making it to the postseason off a 0-2 start is a tall task. I want to believe the Bengals will get it together, because it seemed unfathomable that they could've lost these first two before Week 1 kicked off. But here we are.

My anti-regression take is looking ROUGH right about now. Trust me I'm aware. On a Panic Button scale of 1-10, I'm at about a 6.5. Good thing the rest of the AFC North sucked today.