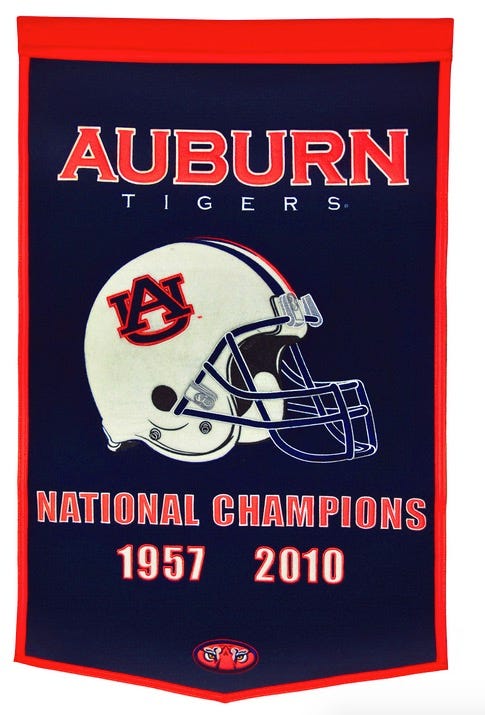 The Associated Press did not establish a college football championship system until the 1930s. Auburn finished fourth in the AP and Coaches’ poll in 1958 and third in both polls in 1983. Auburn finished undefeated in 1993 and 2004, but was banned from the post-season in 1993, and was shut out of the national championship game in 2004.

The Senate is expected to take up the state’s General Fund budget this afternoon.

I dare you to name a more SEC story than this. Dare you. In some states they battle over passing bills for social change, justice reform, tax code, education. In Alabama they try to make a football school claim a shit ton of championships to rightfully reflect how dominant they are. Absolutely amazing.

And totally awesome, by the way. Don’t want to seem like I’m disparaging the move by Senator Whatley by any stretch. If I’ve said it once I’ve said it a thousand times, SEC football ain’t a sport, it’s a lifestyle. It echoes all the way from the stadium to the gilded halls of the state senate. The official government building where an Auburn alum stands at the podium and implores legislation to hang more banners from the rafters of Jordan-Hare, and an Alabama alum stands up and challenges him on it.

(Seriously that was sneakily my favorite part, Tripp Pitman, UA grad, probably wearing a “Roll Tide” tie, being the one to call him on it) 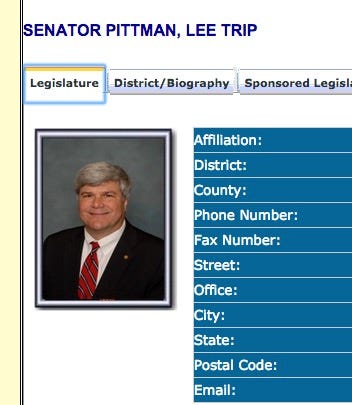